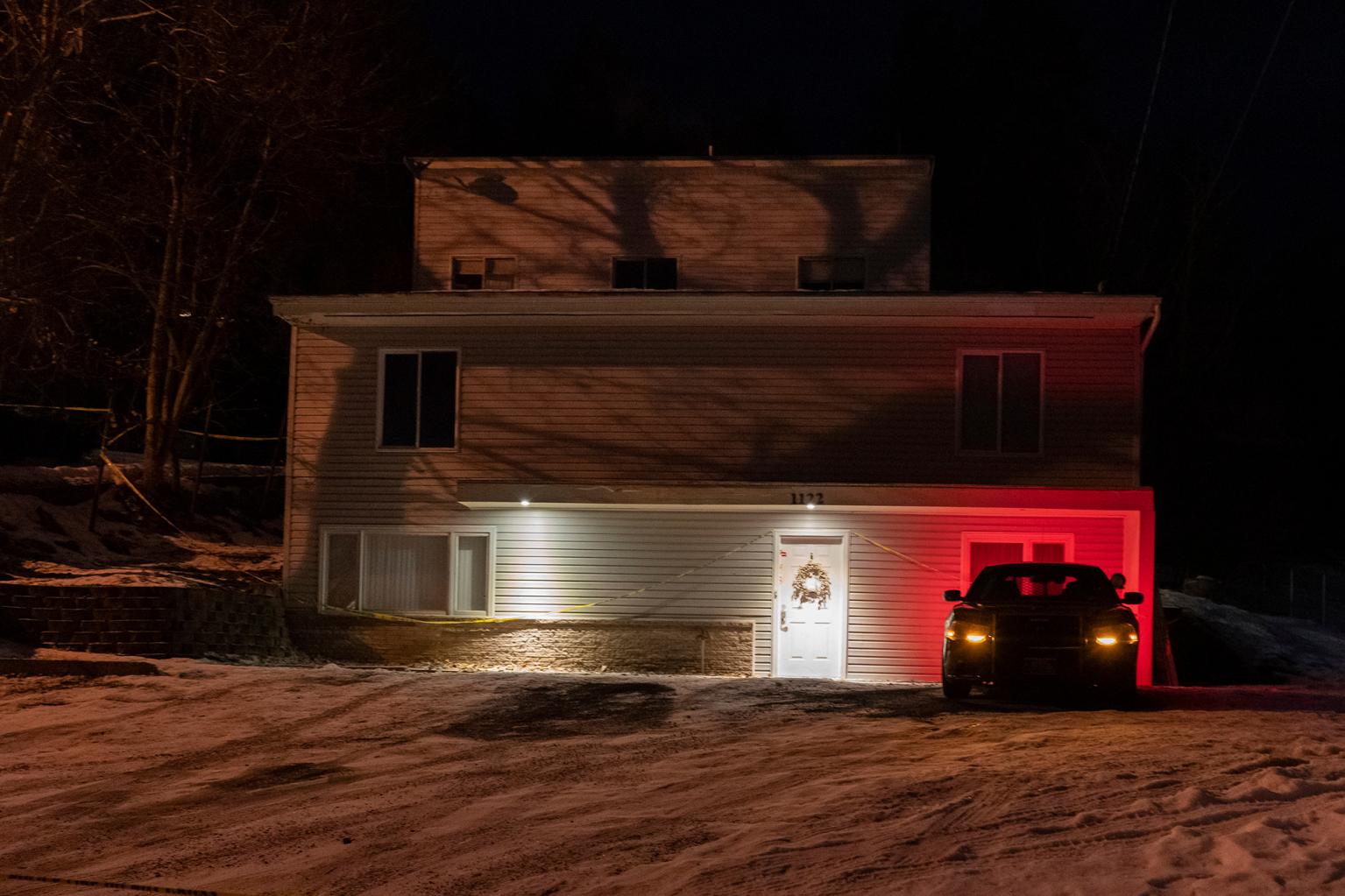 According to an affidavit released on Thursday, the suspect in the Idaho college murders went back to the scene of the alleged murders of four students and may have stalked their home a dozen times before the attack.

According to the probable cause affidavit, Bryan Kohberger’s cell phone pinged its location near the student house at 1122 King Street in Moscow at around 9 a.m. on Nov. 13, just five hours after he allegedly broke into the building and killed the four students in cold blood.

According to cellphone records gathered by the Moscow Police Department, Kohberger, 28, left his apartment in Pullman, Washington around 9 a.m. and arrived in the neighborhood of the house between 9:12 and 9:21 a.m. that day.

According to authorities, the spooky criminology student allegedly turned off his phone the night of the killings in an effort to hide his tracks.

The document states that Kohberger “attempted to conceal his location during the quadruple homicide” because “[the phone] did not report to AT&T between 2:47 am and 4:48 am.”

Investigators’ access to his phone data also revealed that at least 12 times in the months leading up to the massacre, his phone was able to be traced to a location close to the three-story off-campus party house where the students resided.

A minimum of twelve times before November 13, 2022. With the exception of one, all of these incidents took place in the late evening or early morning of their respective days, according to the affidavit.

In a bloody home invasion on November 13, Kohberger is accused of stabbing Ethan Chapin, 20, Xana Kernodle, 20, Madison Mogen, 21, and Kaylee Goncalves, 21, as they slept on two different floors of the house. He was captured on December 30 following a seven-week manhunt.

According to the affidavit, when a Moscow Police Department investigator entered the house during the investigation, they discovered Goncalves and Mogen dead in Mogen’s bed.

On the bed next to them was a tan leather “Ka-Bar” knife sheath with the logo of the United States Marines.

According to the affidavit, an investigator discovered a dog that Goncalves shared with her ex-boyfriend Jack Ducoeur in her bedroom.

Dylan Mortensen, who shared a room with them, also admitted to waking up at 4 a.m. to what she believed to be Goncalves playing with her dog.

Later, Mortensen overheard a male voice saying something along the lines of “I’m going to help you,” as well as the sound of crying coming from Goncalves’ room.

She then saw a black-clad, 5-foot-10-inch man approaching her who was wearing a mask covering his mouth and nose, and she stood there in “frozen shock.”

As the intruder moved towards a sliding glass door in the back of the three-story house, where he apparently fled, Mortensen locked herself in her room out of fear.

A shoe print with a frequent diamond-shaped pattern was also discovered by the investigators outside the roommate’s bedroom.

Following Kohberger’s journey from Idaho to Pennsylvania, the Moscow Police joined forces with the Idaho State Police and the FBI to conduct a joint investigation into the killings. Once there, they took a DNA sample from his family’s trash and compared it to the DNA on a knife sheath that had been recovered from the crime scene. The DNA matches were made.