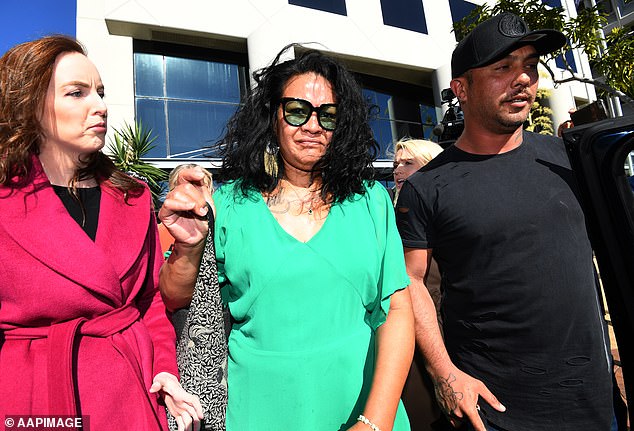 The mother of a professional football player was allegedly driving with a suspended license and eluding police before she was engaged in a horrific collision that claimed three lives and left her in serious condition.

Police allege that Ms. Taufua was observed “driving erratically” just before the accident, which occurred at 5 p.m. on Bonogin Road, Bonogin, and raced off when a patrol attempted to pull her over with lights and sirens.

Before Ms. Taufua crashed 1 km down the road, police said they did not pursue the vehicle out of concern for public safety.

Ms. Taufua’s license was allegedly suspended at the time after she served a month in jail for attacking two security guards at Star Gold Coast casino, which ended in October.

Ms. Taufua was transported to the Gold Coast University Hospital with various fractures, internal injuries, and bruised lungs after being extricated from her vehicle by a local resident.

Chris Fawcett, 79, his partner Susan Zimmer, 70, and Ms. Zimmer’s daughter Stephanie, 35, have been identified as the three fatalities in the silver Mercedes.

Claudine Snow, the surviving daughter of Ms. Zimmer who resides in northern New South Wales, stated that she will never be the same after the tragedy.

She told Nine News that despite her intellectual disability, her sister could light up a room and make even the iciest of hearts grin.

Ms. Snow stated that her certified accountant mother was her best friend.

Ms. Snow stated that Mr. Fawcett, a former skin cancer specialist, had “saved so many lives.”

A family friend characterized the couple as “delightful individuals.”

She told the Courier Mail, “Sue was always very affable and joyful.”

Three crosses have been placed near the accident scene as a memorial to the deceased.

The motorist who rescued Ms. Taufua from the flaming wreckage of her van was later diagnosed with post-traumatic stress disorder after assisting at the tragic accident scene.

Superintendent of the Gold Coast, Craig Hanlon, stated that the scene startled the police and emergency personnel that responded, as well as the members of the public who assisted.

The 45-year-old guy who helped rescue Ms. Taufua from her burning automobile required treatment for ’emotional discomfort’ at Robina Hospital.

A local woman reported that her husband raced to help after hearing a “huge blast” and extracted a woman from a vehicle mere seconds before it detonated.

Superintendent of the Gold Coast Craig Hanlon stated that the force of the collision pushed the silver Mercedes into a power pole, which then toppled and ignited Ms. Taufua’s vehicle.

The mother of Brisbane Broncos star Payne Haas (shown on the left) was extricated from her vehicle following a collision.

Superintendent Hanlon offered his sympathies to the victims’ friends and families.

He told reporters, “This was an extremely terrible situation.”

However, losing three members of the same family is unrecoverable.

At this time, the thoughts and prayers of the Queensland Police are with their friends and family.

The police are currently examining the crash’s cause.

After the power pole collapsed, more than a thousand houses and businesses in the neighborhood were left without energy, although most had their power restored within two hours