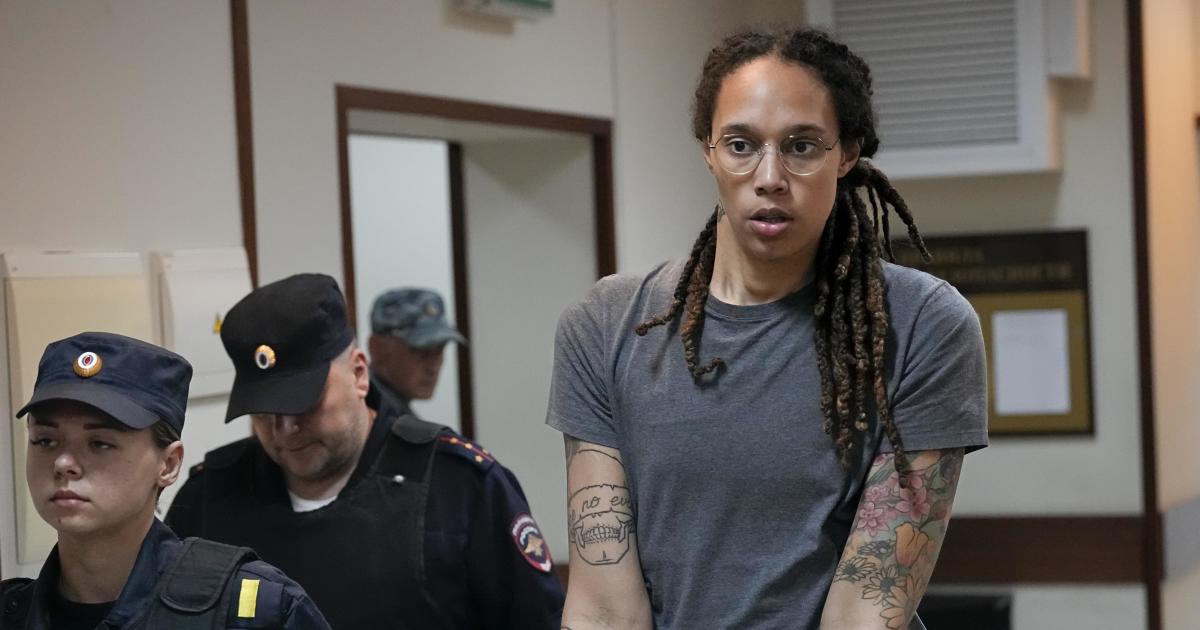 Brittney Griner is being transferred to a prison colony in Russia, her attorneys claimed on Wednesday, eliciting a harsh condemnation from the White House.

Griner, who was convicted of possessing a minor amount of cannabis oil and sentenced to nine years in prison, was transported out of a detention institution on November 4, according to her legal team.

She is currently en route to a penitentiary camp, according to a statement from her attorneys Maria Blagovolina and Alexander Boykov.

According to them, Russia often mails notifications of prisoner transformations, which might take up to two weeks.

They stated, “We have no knowledge on her specific current whereabouts or final destination.”

Despite escalating tensions over Moscow’s invasion of Ukraine, Secretary of State Antony Blinken has reached out to Russia in an effort to secure Griner’s release.

Brittney Griner, a two-time Olympic gold winner and WNBA superstar, is pictured being brought out a courtroom in Khimki, Russia, on August 4, 2022. Alexander Zemlianichenko / AP

Karine Jean-Pierre, press secretary for the White House, reaffirmed that the United States had made a “significant offer” to Russia to resolve her case.

Jean-Pierre stated in a statement, “Every minute that Brittney Griner has undergo unlawful incarceration in Russia is a minute too long.”

“While the government continues to fight relentlessly to secure her release, the president has ordered the administration to convince her Russian captors to improve her care and the conditions she may be forced to face in a penal colony,”

Griner, a two-time Olympic basketball gold medalist and WNBA champion, was in Russia during her offseason from the Phoenix Mercury WNBA team to play for the professional Yekaterinburg squad.

She said that the cannabis in vape cartridges was to ease the pain of her sporting injuries, although Russia does not permit the use of medical marijuana.

Reportedly, Griner and another American detained in Russia, Paul Whelan, a retired US Marine seized in December 2018 and suspected of espionage, could be exchanged for Viktor Bout, a renowned Russian arms trafficker serving a 25-year sentence following a conviction in 2012.