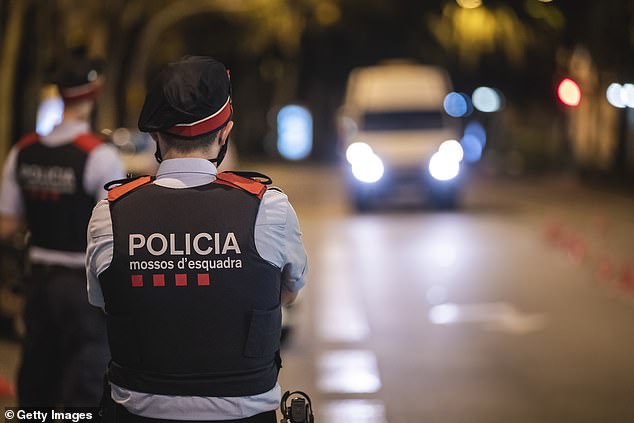 A British visitor who confessed attempting to seduce a Majorcan hotel employee into engaging in sexual activity with him was spared jail time.

Unidentified 27-year-old guy is said to have made the lewd suggestion after knocking on random doors upon returning to the hotel in the tourist destination of Puerto de Alcudia after a night of drinking.

When the victim answered the door to his knocking, he grabbed hold of her wrists and told her to “go down, go down” as he pulled his pants down.

Before the guy was apprehended on Friday after investigators reviewed CCTV video from the area, the victim, who is believed to be a hotel performer, reportedly left the scene and contacted authorities. The name of the hotel is unknown.

The same tourist, who was only wearing a pair of shorts and flip-flops at the time, also allegedly approached a hotel cleaner for sex, according to another report made to the police.

The British national, who made an appearance in court later that day, was given a six-month jail term after pleading guilty to compulsion as part of a plea agreement, according to the local daily Ultima Hora.

It is believed that the sentence was automatically suspended under the terms of the deal.

It was implemented on the same day as Spain’s “only yes means yes” statute. The law was created in response to the country’s “wolf pack” gang rape case, in which men sexually raped an 18-year-old woman during Pamplona’s renowned San Fermin festival in 2016.

The new legislation stipulates that permission must be granted voluntarily and cannot be inferred from silence or default.

Additionally, it indicates that sexual abuse is no longer a crime and that all instances are now regarded as sexual assault.

An other British guy was detained a few days before after brushing up a female traveler seated next to him on a Ryanair trip from Liverpool to Majorca.

After the lady, a British national, reported that he had groped her breasts and invited her to have sex with him in the restroom, air stewards radioed police from 35,000 feet away.

When the aircraft landed late on Sunday at Palma Airport, the 35-year-old man was detained.

After being taken before the court yesterday for a quick trial, the unidentified British man was allegedly fined £2,500.