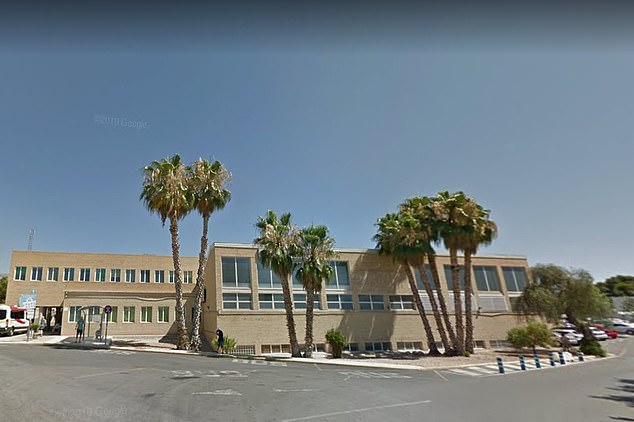 A British man was placed under police protection in a Costa Blanca hospital following the death of an Irish elderly he allegedly stabbed during a quarrel.

Yesterday morning, the two men were transported to a hospital near Benidorm following an altercation at a house in the resort.

Police announced today that they were informed the 68-year-old Irishman who was resuscitate at the scene of the stabbing had died.

The 62-year-old Briton, who suffered less severe stab wounds, was already arrested on suspicion of attempted homicide and is now set to be charged with murder.

When his health permits, he is anticipated to be transferred to a police station for questioning from the adjacent Marina Baixa Hospital in Villajoyosa.

Both men have not yet been identified.

The older of the two men had to be revived at the site before being transported away by ambulance, according to emergency services.

A spokesperson for Spain’s National Police stated, ‘Yesterday around 10.30 a.m., an emergency call was received stating that two men with apparent stab wounds were at a Benidorm residence.

Both males were taken to Villajoyosa Hospital, and an investigation into the occurrence was initiated.

‘Preliminary investigations indicate that the British man appears to have caused the other man’s injuries, and he was arrested as the suspect in a crime of attempted homicide and wounding pending a medical review of the Irish citizen.

Additionally, he was placed under police guard in the hospital.

‘It appears that both guys, who live together, engaged in a fight and sustained injuries.

“Today, we received official confirmation from the hospital where both men were admitted that the Irishman who was injured had passed away. The investigation is in progress.

Earlier this morning, a spokesman for a regional emergency response coordination center confirmed that two men had been transported to the hospital, stating, ‘The older of the two men was in critical condition and had to be resuscitated at the scene.’

The younger man’s injuries were less severe, but he was also rushed to the hospital.

The incident being investigated by police occurred on Avenida Estocolmo, a short distance from Levante Beach in Benidorm.

This week, thousands of Britons and other foreigners have flocked to Benidorm for the 25th anniversary of its annual Fancy Dress Party.

The estimated number of British participants is approximately 45,000.

It was not immediately clear whether or not the two men involved in yesterday’s incident were living together permanently or temporarily in tourist-style lodging.

»British man’stabbed an Irishman to death in Benidorm’«