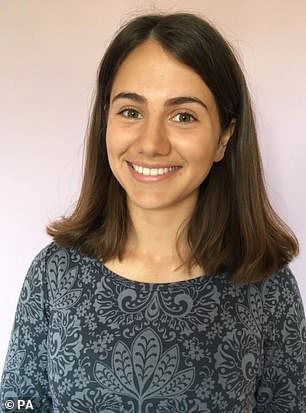 The largest pub chain in Britain faces legal action today over four health and safety breaches over the death of a woman queuing to get in for a drink.

Olivia Burt was 20 when she was killed after a barrier collapsed outside Missoula nightclub, Durham, in February 2018.

The pub’s owner, the Stonegate Pub Company, faces four charges under the Health and Safety at Work Act.

Olivia became trapped as revellers pushed forwards outside the venue in Durham’s Walkergate area just before midnight on February 7, 2018.

A hearing is set to happen this morning at County Durham And Darlington Magistrates’ Court.

Olivia, born in Milford on Sea, Hampshire, was at university in her first year studying Natural Sciences.

She was a former head girl at Bournemouth School for Girls (BSG) and was an accomplished sailor, having been part of the British Sailing team in the European Championships.