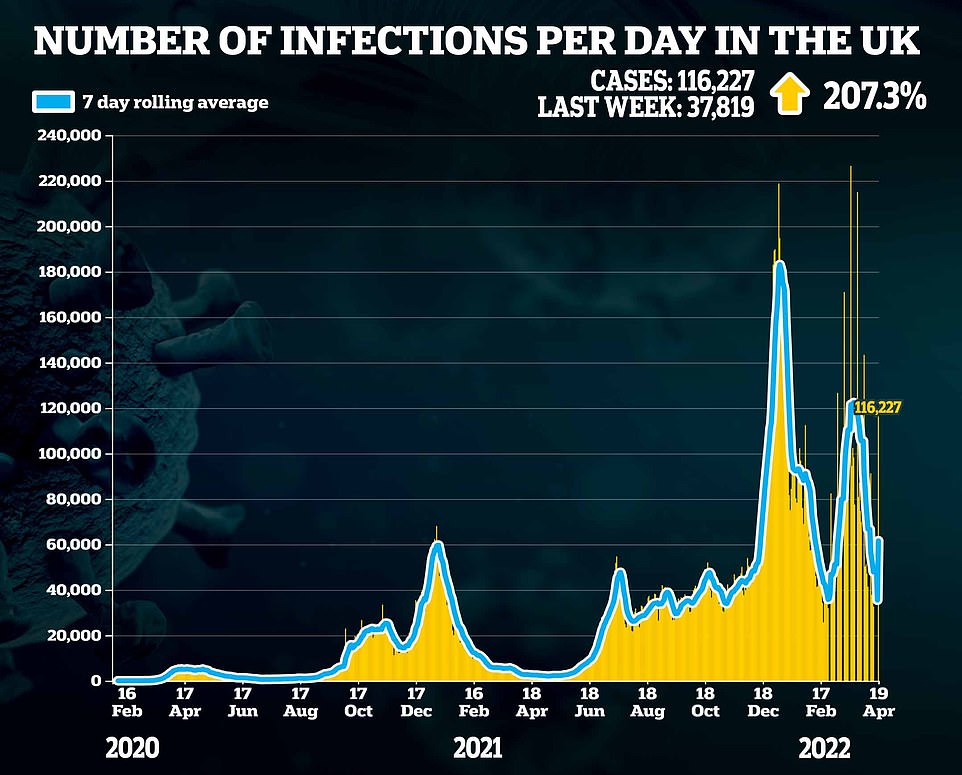 Daily Covid instances in the UK have reduced by about a third in a week, while hospital admissions and deaths have also decreased during the Bank Holiday weekend.

The UK Health Security Agency reported 116,227 illnesses in the previous five days today. It implies that 26,000 Britons tested positive on any given day in the previous week, a 31% decrease from last Tuesday.

Experts say the daily counts are now ‘completely irrelevant’, however, because they rely entirely on testing. Tory MPs today insisted that ‘it’s time to stop’ the constant cycle of updates because they ‘are of little interest’ and ‘in isolation tell us nothing’.

Meanwhile, figures show another 2,083 people infected with Covid were admitted to hospitals across the UK last Monday, marking a 13 per cent week-on-week fall.

And a further 482 deaths were reported today within four weeks of a positive test, down three per cent on last week.

However, official data suggests half of hospitalisations and a third of deaths are not primarily due to the virus.