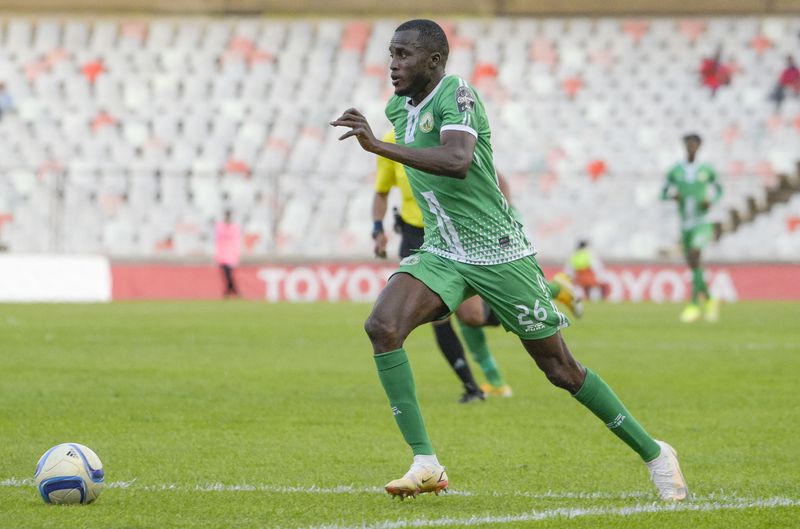 Marou Souaibou, a member of Cameroon’s Indomitable Lions squad at the FIFA World Cup, signed a multiyear contract with Pirates worth approximately R3.4 million plus add-ons, according to kick442.com, a Cameroonian football website, near the end of last year.

After successful discussions between the Buccaneers and his club, Coton Sport, the 22-year-old was anticipated to join the Buccaneers, according to additional information provided by SABC Sport.

Then it was announced that the club had reached an official agreement to sell Souaibou for US$200,000 (R3.4m) plus a 15% selling on charge.

According to a reputable internet source, Unplayable, he is now finalizing his transfer to the Buccaneers.

NEW BUCCANEER!!#UNPLAYABLE can report that Orlando Pirates are finalizing the transfer of Cameroonian attacker Souaibou Marou.

— #UNPLAYABLE (16 January 2023) (@UnplayableZA)
The well-known football agent Mike Makaab, who arranged the agreement between the parties, indicated that this news of the signing was premature and communicated in a “unprofessional” manner before the end of the previous year.

Makaab told Gagasi FM in mid-December, as published by Soccer Laduma, that the announcement was issued prematurely since the agreement had not been finalized. “We are quite frustrated, and I know Orlando Pirates is as well, because this is not how the Chairman acts. Clearly, a source within the club or someone related to a source within Coton Sport has divulged the terms of the contract, which is neither how Pirates operate, nor how we operate as a professional agency.

Therefore, the deal has not been finalized. I can promise you and the likelihood is that no agreement will be reached. Given that it was disclosed in a most unprofessional manner, we are uncertain of our next steps.”

At the time, Makaab stated that he would meet with Irvin Khoza to discuss the issue, and it may now be resolved.

The Belgian Jupiler Pro League’s Standard Liege, the German Bundesliga’s Armenia Bielefeld, and the French Ligue 1’s Clermont Foot FC were previously believed to have entered the fight for the striker’s signature.

It’s hardly surprise that Souaibou is in high demand, given that he reportedly scored 21 goals in all competitions last season his route to being named Cameroon’s Footballer of the Year for 2022, but Pirates appears to have won the race for his signature.

Intriguingly, it was believed that Souaibou’s entrance would entail the loss of at least one overseas-based player, as Bucs already had a full complement of five foreigners in Richard Ofori, Kwame Peprah, Olisah Ndah, Terrence Dzuvukamnanja, and Bienvenu Eva-Nga. Maritzburg United have however finalised the loan signing of Peprah.

Souaibou scored 30 goals in 63 games in all competitions for Coton Sport, including the game-winning goal in the Cameroon Cup final.