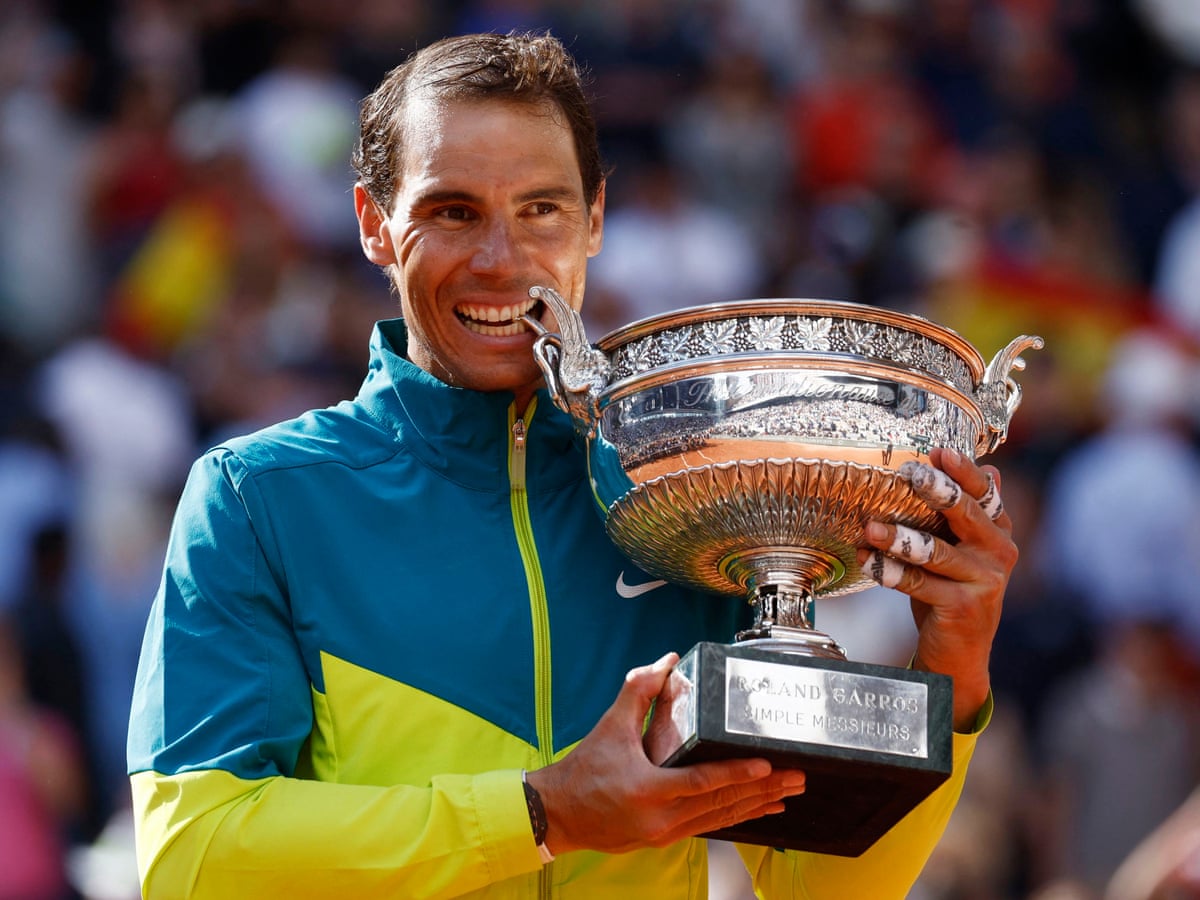 There are numerous memorable moments in the first five episodes of Break Point, Netflix’s new professional tennis documentary series. In Episode 1, the contentious bad boy of the sport, Nick Kygrios, receives a shockingly sympathetic edit. The apocalyptically disordered hotel room of former lovers Matteo Berrettini and Ajla Tomljanovic in Episode 2. Episode 3 features Taylor Fritz’s hazardous choice to compete in the Indian Wells finals with a potentially career-ending injury. The openness with which Paula Badosa discusses her ongoing depression difficulties in Episode 4. Break Point is essentially an in-depth examination of what motivates and deters the next generation of tennis superstars. One scene in Break Point Episode 5 provides insight into how current tennis legend Rafael Nadal perceives this next generation of potential. And no, it’s not the controversy that arises when Rafa faces his uncle and mentor’s newest coaching client at the French Open, Felix Auger-Aliassime.

Break Point’s single is really illuminating. Rafael Nadal’s moment will occur when the tennis champion faces Casper Ruud in the 2022 French Open finals… And Nadal performs his most intimidating dance for the Netflix cameras.

Break Point follows an elite group of up-and-coming tennis superstars as they negotiate the mental, emotional, and physical hardship of the 2022 Grand Slam season. Part 1 begins with the Australian Open of the previous year and concludes with Casper Ruud’s match against his lifelong idol Rafael Nadal on the clay courts of Roland Garros. Part 2 will follow the same class of tennis players from Wimbledon to the U.S. Open and will premiere in the summer.

The series is more concerned in giving this new generation of athletes the reality TV treatment than in investigating the foundations of the game, which may disappoint tennis purists. As a casual tennis fan interested in learning more about the sport’s enormous ensemble of rising heroes, villains, and dark horses, I was captivated. Break Point selectively selects its narratives, many of which have yet to achieve their dramatic climaxes in Part 2, based on the participants they had access to. Although Nadal is not a topic of the documentary, he is a recurring figure throughout the series, taunting the younger male stars with his seeming court invulnerability. This is most evident in Episode 5, “King of Clay,” which is explicitly titled after Nadal.

Because Break Point’s camera crews had access to Caspar Ruud, Nadal’s final opponent at the French Open, the show was able to capture Nadal in the tense minutes before both players entered the court. As Ruud prepares for the crucial match, his father attempts to psych him up: “Think badass. “He respects you” And judging on Nadal’s spastic stretches in the subsequent scenario, I suspect Ruud’s father was correct.

Ruud, whom we observe in the holding area, is tense. This is not only one of the most important matches of his short career, but he is also competing against Nadal, his childhood idol. Initially, Nadal appears very nonchalant. As Nadal begins to pull his backpack onto his shoulder, he pauses and drops it. The legendary tennis player then begins a series of stretches and practice swings. So far, it doesn’t seem weird. Possibly a final warm-up. A calming of the nerves.

After hearing that they had thirty seconds, Nadal dashes in front of Ruud and skips by his baggage on the way back. He initiates a series of fast warm-up routines that resemble shadowboxing and tennis swings equally. Ruud is increasingly uneasy as he seeks to avoid observing this. Rafa is not just preparing his physically for a fight; he is also attempting to psychologically overpower the younger opponent before they even take the court.

What occurs next? You may either watch Break Point Part 1 or Google the results of the French Open from last year to find out. But what I found fascinating about that period was how it simultaneously highlighted Rafael Nadal’s playing prowess and revealed that he employs psychological tricks to intimidate opponents.