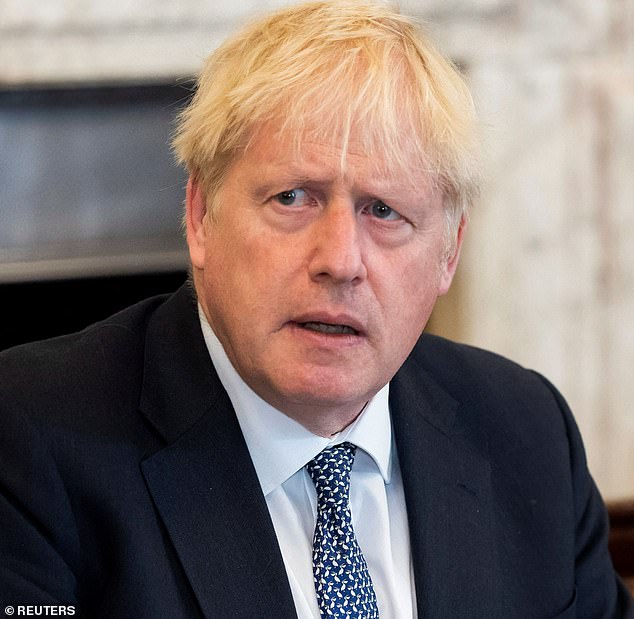 Does this imply, though, that Mr. Johnson’s tenure as prime minister is coming to an end? Could he possibly give up on himself? Or can he stay in Number 10 and ride through another storm?

Within minutes of one another tonight, Mr. Sunak and Mr. Javid both announced their resignations from the Cabinet.

We cannot continue in this manner, the leaving Chancellor informed the PM, adding that “the public rightly expect government to be conducted properly, competently, and seriously.”

Why did they quit?

And only hours before Mr. Sunak and Mr. Javid left, Number 10 acknowledged that the PM had been made aware of a prior complaint over Mr. Pincher’s “inappropriate” behaviour before appointing him to the whips’ office in February.

The admission was the most recent in a line of reversals from Downing Street regarding what Mr. Johnson knew about Mr. Pincher’s prior behaviour.

Additionally, Mr. Sunak mentioned “fundamental” disagreements on economic policy between himself and the PM in his resignation letter.

Will the PM now have to resign as well?

In fact, the fact that no other Cabinet members immediately followed Mr. Sunak and Mr. Javid out the door increased the PM’s chances of avoiding his own resignation.

The majority of people voiced their support for Mr. Johnson, but some, like Education Secretary Nadhim Zahawi, were noticeably silent.

It appears doubtful that the PM will step down at this time given the pressure he has already endured to resign due to the Partygate affair.

Even when Mr. Javid resigned from the top Treasury position in February 2020, he did so with ease.

Due to his propensity for surviving mishaps, former prime minister David Cameron is credited with calling Mr. Johnson a “greased piglet.”

He would have so much support to make another escape.

How will Boris maintain his position of authority?

The PM will need to recruit a new Chancellor and Health Secretary first and foremost.

Mr. Johnson can’t go too long without having someone in control of the Treasury because of how crucial the role is to running the nation.

However, potential candidates must decide if they wish to accept the position at such a vulnerable time in Mr. Johnson’s premiership.

Oliver Dowden’s resignation as Conservative Party chair 11 days ago appears to have caused the PM difficulty in naming a replacement.

If Mr. Sunak and Mr. Javid are successfully replaced, the PM will next need to start building support among the remainder of his ministerial ranks and Tory MPs.

One dramatic move would be for Mr. Johnson to personally call a vote of confidence in his leadership, daring Conservative MPs to remove him from office.

Or, if he wants to stop Tory MPs from scheming at Westminster, the prime minister may try to move up Parliament’s summer break and send them back to their districts earlier than expected.

Could the prime minister call a general election?

Another, albeit remote prospect, is that Mr. Johnson may call an early election in an effort to win the nation’s support once more.

If that happened, the thinking at No. 10 would be that even though a growing number of Conservative MPs want him gone, people may still support him to stay in office.

What other means will the Tory rebels employ to remove the PM?

To trigger a new vote of no confidence in Mr. Johnson, a conspiracy is already underway among renegade Tory MPs to alter the party’s rules.

This is true even though the PM last month prevailed in a contest over his leadership, which gave him a 12-month period of immunity from further challenges under the current system.

In a conflict with PM supporters, the rebel strategy will see them attempt to obtain crucial positions on the 1922 Committee, the influential Tory group in charge of leadership challenges.

They will be able to impose the desired rule change if they gain a majority on the Committee’s 18-person executive.

However, with the 1922 executive elections not scheduled to take place until next week and MPs departing for their summer recess later this month, Mr. Johnson may remain immune from further competition until September.

By submitting a no confidence vote against Mr. Johnson’s administration to the House of Commons, Sir Keir Starmer might try to drive the prime minister out of Downing Street.

If he did, the Labour leader would be banking on the fact that Tory MPs would side with the Opposition and vote to topple their own Government because they are so sick of Mr. Johnson.

There is a recent example for Sir Keir to follow, despite the fact that Theresa May, Mr. Johnson’s predecessor, survived a vote of no confidence in January 2019 after it had been requested by the then-Labour Party leader, Jeremy Corbyn.