Skip to content
Go Home «» News «» World News «» Boris Becker to return to Germany by Christmas NEXT WEEK,  tennis star will be deported 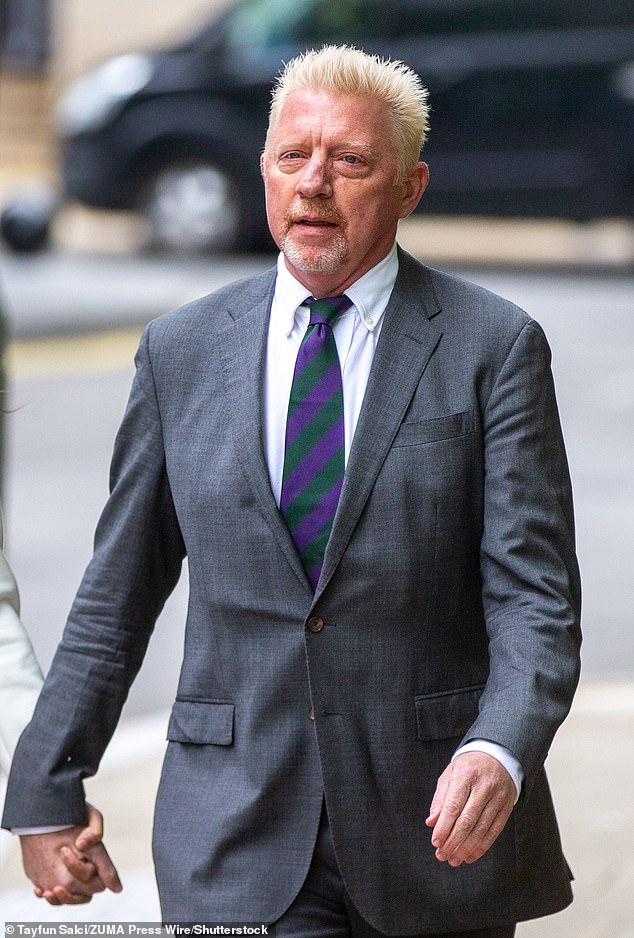 Boris Becker will be deported to Germany the week before Christmas, eight months into his two-and-a-half year sentence for £2.5 million bankruptcy fraud.

The tennis prodigy has been approved for a fast-track program that returns immigrants who commit crimes in the United Kingdom back to their native countries in an effort to free up prison space.

In April, the 54-year-old was sentenced to two and a half years in prison for hiding £2.5 million in insolvent assets. He has spent the last eight months at Oxfordshire’s HMP Huntercombe.

The tennis star has been approved for a program that expedites the deportation of foreign criminals from the United Kingdom.

According to the Mirror, this implies that Becker, who lacks British citizenship, will not serve the balance of his term.

It is anticipated that the three-time Wimbledon champion will not be permitted to return to the United Kingdom until the remainder of his sentence has been served.

Although England has been Boris’s home for many years, we are glad that he may be eligible for an early release and be able to fly to Germany, as stated by Becker’s former spokesman last month. Christmas reunification will undoubtedly mean a great deal to him and his family.

Becker (shown with partner Lillian de Carvalho) was convicted of four Insolvency Act violations between June and October 2017 on April 8.

The program permits ‘any foreign national serving a fixed sentence who is subject to removal from the United Kingdom to be released from jail and deported up to 12 months before their earliest scheduled release date.’

If convicts agree to go home, punishments are reduced by up to 135 days.

The BBC commentator moved over £390,000 from his company account to his ex-wife Barbara Becker and his estranged wife Sharlely ‘Lilly’ Becker.

In addition, he neglected to report his portion of a £1 million property in his hometown of Leimen, Germany, disguised a bank loan of about £700,000 – worth £1.1 million with interest – and hidden 75,000 shares in a £66,000-valued technology company.

How Boris Becker went from Wimbledon teen star to conceiving a kid in a Mayfair restaurant, bankruptcy, and facing seven years in jail.

Few tennis players have ever reached Becker’s level of success, and none have done so at such a young age.

Born in 1967 in Leimen, West Germany, to an architect father and a Czech immigrant mother, Becker was thrown into the world of tennis at an early age.

His father established a tennis center in the city, where Becker refined his early abilities.

In 1977, at the age of 10, he was a member of the Baden Tennis Association’s junior squad.

He went on to win the South German title and the first German Youth Tennis Championship.

After receiving training assistance from the German Tennis Federation, he became professional at the age of 16 in 1984, winning the Tennis World Young Masters at the NEC in Birmingham in 1985 and the Queens Championship in June.

In July of 1985, at the age of 17, he entered Wimbledon as an unseeded player and stormed to the title, defeating Kevin Curren in four sets.

Two weeks later, in July, at the age of 17, he attended Wimbledon as an unseeded player and dominated the event, defeating Kevin Curren in the final by four sets.

At barely 17 years and 228 days old, he won the men’s singles title at SW19 and became an instant household name.

The next year, he successfully defended his Wimbledon championship by defeating Ivan Lendl, the world’s number one player at the time.

During his 16-year career as a tennis pro, he reached 77 finals and won 49 singles titles.

In 1993, however, criticism over his marriage to Barbara and tax issues with the German government led Becker’s mid-career downturn to accelerate dramatically.

In 1997, Sampras defeated Becker in the quarterfinals at Wimbledon. Following the defeat, he swore never to play at Wimbledon again.

However, he returned to the elite west London tennis club once again in 1999, losing to Patrick Rafter in the fourth round.

His personal issues persisted off the court. After fathering a daughter named Anna with a Russian model while married to Barbara, he was required to pay £2.4 million.

After crashing out of Wimbledon against Rafter in 1999 and deciding to retire at the age of 31, this occurrence occurred.

In his 2003 autobiography, Stay A Moment Longer, Becker described how he “cried my eyes out” and felt compelled to go out for a couple beers with pals after shedding tears uncontrollably.

However, his then-wife Barbara, who was seven months pregnant with their second child, insisted that he accompany her to the hotel.

But by 1993, criticism over his marriage to Barbara and tax issues with the German government prompted Becker’s mid-career slump to accelerate dramatically.

Becker stated, “She could not and would not comprehend that she was no longer at the top of my list of priorities.”

I told Barbara, “Just one more time with the guys to say goodbye, and then it’s just you.” That didn’t work. We rowed for two hours straight. Suddenly, she felt agony and decided to seek medical attention;

Becker reported that he instructed his wife to contact him if the kid was truly on the way, and then he went out on the town.

By 11 p.m., he was at Nobu’s bar in Mayfair, when he noticed Angela Ermakowa, a Russian model. They engaged in sexual activity on the stairs of the London branch.

In February of the next year, his secretary in Munich delivered him a fax. It stated, “Dear Mr. Becker,” We met in Nobu in London. The meeting’s outcome is already eight months old.

Later, he divorced his first wife Barbara Feltus, an action that is estimated to have cost him over £15 million and their Miami home.

However, his personal problems persisted. In 2008, he was briefly engaged to Alessandra Meyer-Wolden before announcing his 2009 marriage to Dutch model Sharlely ‘Lilly’ Kerssenberg.

After nine years of marriage and the birth of Becker’s fourth child, the couple divorced in 2018.

Becker was declared bankrupt in June 2017 due to an outstanding loan of over £3 million on his estate in Mallorca, Spain.

Hans-Dieter Cleven, his former business partner, also alleged that the former tennis prodigy owed him more than £30 million; however, the Swiss court dismissed this allegation.

»Boris Becker to return to Germany by Christmas NEXT WEEK,  tennis star will be deported«