Skip to content
Home » News » Breaking News » Bored? Why not go hunt for SNOW – Here’s where to see snow in SA this weekend 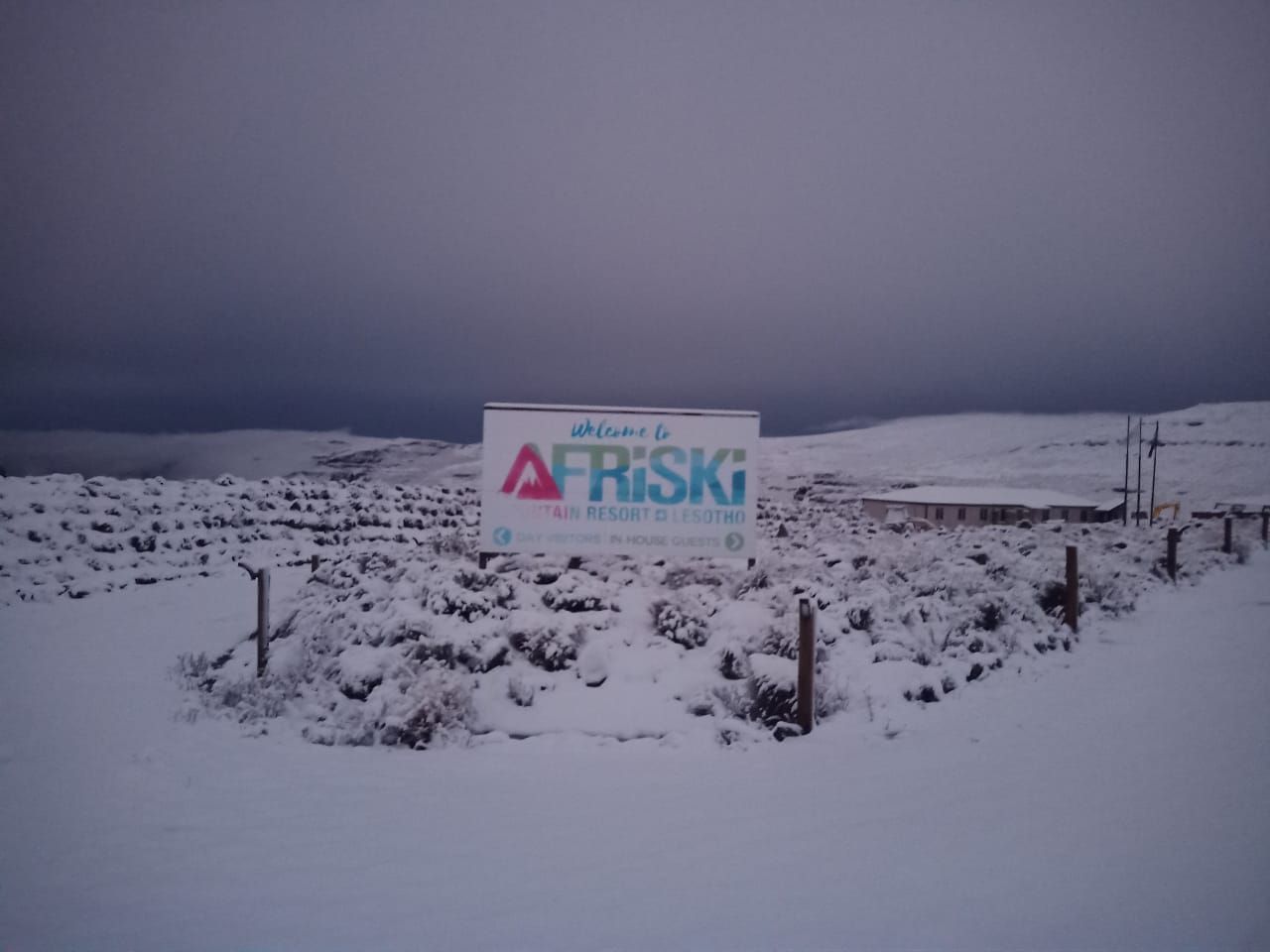 Are you bored and not sure how to keep the family entertained in the cold weather this weekend?

GRAB THE FAMILY AND GO HUNTING FOR SNOW!

The intense cold front is currently making its way across the Western Cape and is expected to bring frigid temperatures and snow to the central and eastern parts of the country as it spreads.

Snowfall was seen over the Cape provinces on Friday, and it is expected that the snowy conditions will spread to KwaZulu-Natal and Lesotho on Saturday.

Photos shared by Afriski Lesotho on Saturday morning show that residents and visitors to the AfriSki lodge in the Lesotho mountains woke up to some beautiful scenes. The snow in the area is also expected to continue to fall throughout the rest of the day.

Sani Pass is a mountain pass located in the West of KwaZulu-Natal, South Africa on the road between Underberg, KwaZulu-Natal and Mokhotlong, Lesotho is also covered with snow.

HERE IS WHERE SNOWFALL HAS BEEN CONFIRMED

A picture shared online shows the snow-capped mountains in the distance. A white dusting is clearly visible, even from miles away.

Matroosberg is located about two-and-a-half hours north-east of Cape Town. It sits just above the town of De Doorns, and the first place you’ll come to heading west from here is Ceres. The tourist favourite is a popular choice for snow-chasers and winter lovers alike.

Meanwhile, a level 5 weather warning for disruptive rain, and floods is expected to come into effect on Saturday in KwaZulu-Natal and is expected to last until midnight.

The SA Weather Services (SAWS) warned of roads and bridges flooding as well as poor driving conditions. Flooding of settlements and damage to property and infrastructure is also expected.

“Disruption due to sinkholes, mudslides, rockfalls, and soil erosion is possible. A major disruption of traffic flow is also possible due to roads being closed or flooded.”

The SAWS furthermore urged residents to stay indoors and off the roads if possible.

“Avoid crossing rivers and swollen streams where water is above your ankles. If trapped in a vehicle during a flood, abandon it and climb to higher ground.

“In buildings, move valuables to a safe place above the expected flood level. In rural areas, move livestock to higher grounds,” it said.