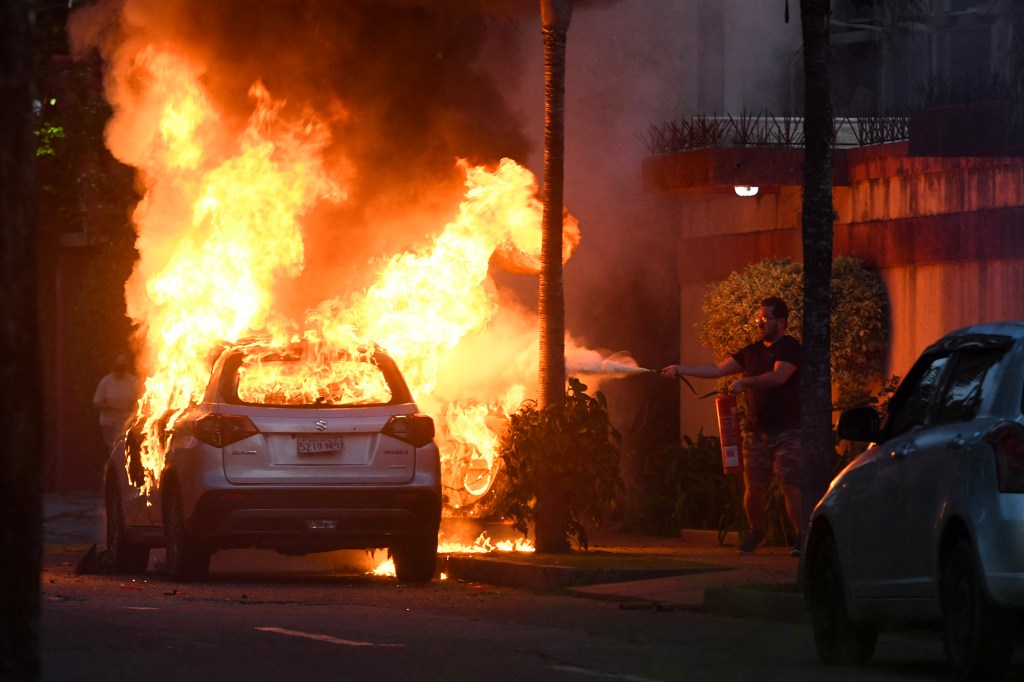 As part of a 24-hour walkout on Friday following the arrest of the regional governor, a right-wing opposition leader, protesters in Santa Cruz, a relatively affluent farming region in Bolivia, assaulted buildings, torched cars, and blocked highways.

As night struck, demonstrators in sections of the provincial capital set cars and tires on fire and threw fireworks at police, who deployed tear gas to separate the masses.

Pedro Vaca, the Special Rapporteur for Freedom of Expression for the Inter-American Commission on Human Rights (IACHR), stated on Twitter that he was getting allegations of “serious attacks” on the media, which were linked to police deployments.

He stated, “I call on the government to instruct their agents publicly on their responsibility to protect the freedoms of the press, peaceful assembly, and association.”

Throughout the day, generally peaceful groups staged protests by blocking roads with tires, rocks, and banners draped across streets.

The protests represent the most recent confrontation between Santa Cruz, led by Governor Luis Fernando Camacho, and the socialist government of President Luis Arce.

Wednesday, Camacho was seized on a “terrorist” accusation for his suspected involvement in the 2019 political disturbances that forced then-President Evo Morales to abandon the country.

Late Thursday night, he was condemned to four months of pre-trial incarceration and moved early Friday morning to a maximum security prison.

Camacho has maintained his innocence and referred to his detention and transit to Bolivia’s capital, La Paz, as kidnapping. Prosecutors denied the arrest was politically motivated or an abduction.

The governor became the face of the right-wing opposition movement when he asked for Morales’ resignation in 2019. Friday morning on Twitter, Camacho’s communications staff stated that the aftermath of the contested election was “fraud, not a coup.”

Camacho also spearheaded weeks-long protests that hampered trade from the region up until last month, urging the government to advance a census date that would likely provide Santa Cruz with additional political representation and tax income.

The government has not indicated how it will respond to the blockages on Friday, although military soldiers were deployed across Santa Cruz on Thursday night. In the previous round of protests, government-aligned organizations and Camacho supporters battled violently.

While Camacho remained in jail, a number of companies announced they would halt sales.