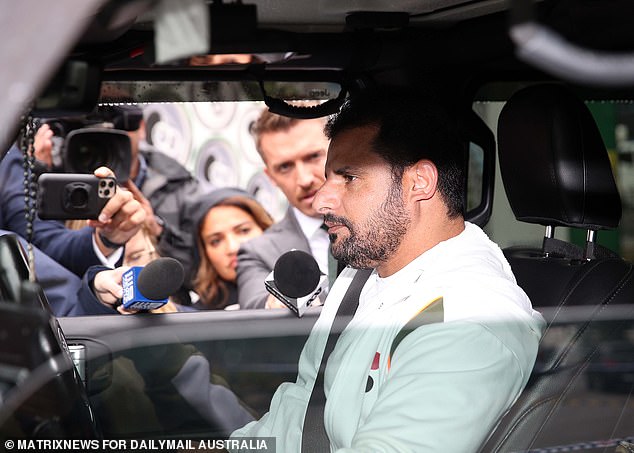 In a devastating gangland hit, a horrified gymgoer told how he was forced to hide behind his treadmill as hitmen fired up to 20 shots at a Comanchero bikie boss and his brother.

Tarek Zahed, 41, and his brother Omar, 39, were usually seen working out at the Bodyfit gym in Auburn, Sydney’s west, according to Aziz Alruken. The pair were gunned down around 8pm on Tuesday.

Tarek, Omar’s older brother, was transported to Westmead Hospital in a severe condition. With at least ten bullet wounds, including one to his head, he underwent emergency surgery and is now in stable condition.

As bullets broke out, Mr Alruken was one of roughly 30 gymgoers who tumbled to the floor and fled out from the gym’s door.

‘I took refuge behind a treadmill. I assumed it was a random attack and expected to be shot. ‘Of course I was terrified,’ he admitted.

On Wednesday morning, police blocked off an area of the property where his car was parked.

After his workout, Mr. Alruken was ordered to take a different route home and returned about 10 a.m. to pick up the Jeep.