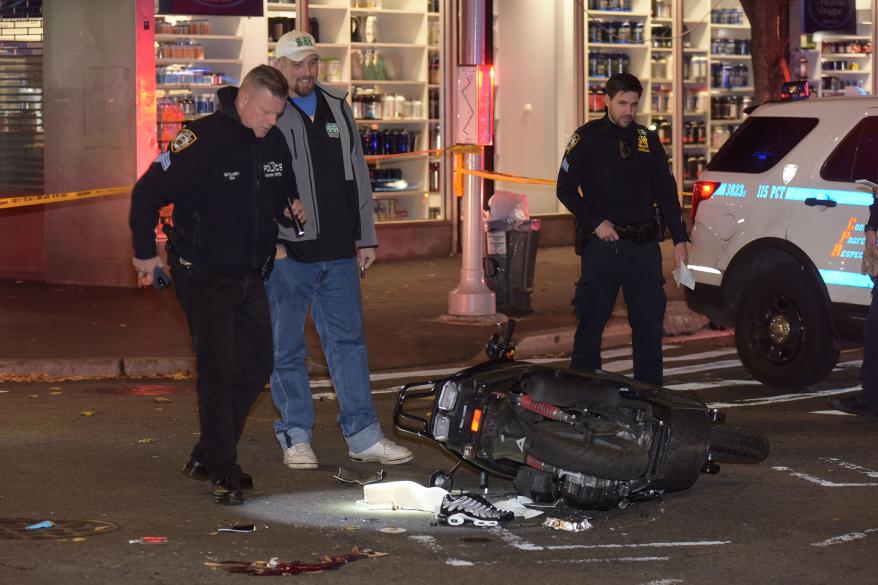 The driver of a motor scooter died after colliding with a BMW in Queens, according to authorities.

Saturday around 1:15 a.m., a fatal incident occurred at 37th Avenue and 82nd Street in Jackson Heights, according to police.

According to authorities, the driver of the motor scooter was heading westbound on 37th Avenue when he collided with a 2021 BMW traveling southbound on 82nd Street.

The scooter operator passed away at Elmhurst Hospital, according to the NYPD.

According to authorities, the 24-year-old BMW driver remained at the scene and was subsequently detained. “Charges are pending,” stated an NYPD spokesperson.