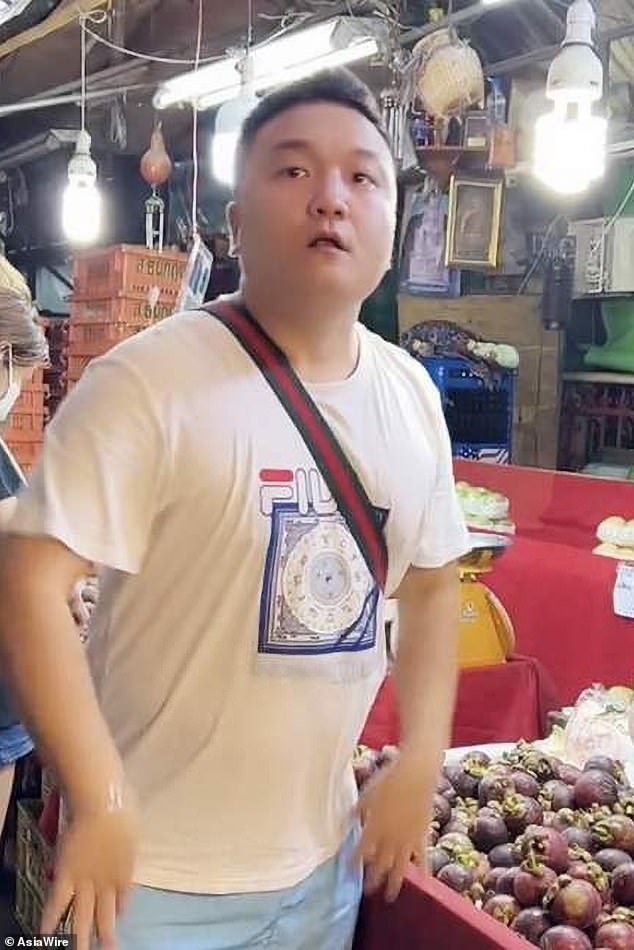 A street food blogger known as “Fatty Goes To Africa” was fatally stabbed while livestreaming from a market in Kathmandu, the capital of Nepal.

The 20-year-old Chinese victim, identified in local media as Gan, was apparently attacked by a rival blogger on December 4 in the city.

Gan was stabbed in broad daylight while livestreaming from the bustling food market and conversing with friends.

The suspect, identified by local media as Feng Zhengyung, is a 37-year-old Chinese man named ‘Ayun’ who resides in Nepal and is thought to have harbored a vendetta against his competitor food blogger.

A shocking video shows Gan speaking to the camera while being attacked from behind while strolling down a city street.

29-year-old victim Gan Soujiong poses in an undated shot. During livestreaming, he was stabbed and later died in Kathmandu, Nepal.

37-year-old suspect Feng Zhengyung poses in an undated photo. He is suspected of stabbing 32-year-old Li Chuzan and 29-year-old Gan Soujiong in Kathmandu.

During the attack, Gan appears to drop his phone as the screen goes dark, but his piercing screams can still be heard.

Gan utilized his social media platform to introduce followers to the cuisine and culture of different nations; he has approximately five million fans in China.

By documenting his daily life in Africa, he had garnered a large audience.

However, the prominent blogger will largely be remembered for live-streaming the devastating incident that led to his death.

Gan was stabbed in the chest and abdomen in the middle of the street, and he died later that night due to the failure of rescue operations.

The suspect, identified by local media as Feng Zhengyung, is a 37-year-old Chinese national named ‘Ayun’ who resides in Nepal.

Gan broadcasted live as usual on the day of the attack, accompanied by two companions.

Gan utilized his social media platform to introduce followers to the cuisine and culture of different nations; he has approximately five million fans in China. He is shown during happier times

In the middle of the street, he was stabbed in the chest and abdomen, and he died later that night after rescue efforts failed. The suspect is also a Nepal-based Internet star named “Ayun” (right)

Just as the party was walking, conversing, and joking, a scream was heard in front of the camera, followed by Gan being severely stabbed and injured.

The broadcast was interrupted by the strong shaking and loud screams, and the screen immediately went black.

Another third-person video shows Gan sitting on the ground covered in blood while a Chinese-speaking individual, believed to be Feng, curses at him.

Gan can be seen half-lying on the ground, gripping his stomach to examine the abdominal injuries and waving towards a phone, likely signaling onlookers to contact medical personnel.

Later, he was transferred to the hospital, where he was pronounced dead.

According to reports, Feng had also stabbed one of Gan’s companions, who was rushed to the hospital with multiple injuries.

The guy was reportedly brought into custody by law enforcement.

According to initial accounts, Feng harbored a resentment against Gan due to several conflicts and unpaid bills.

Currently, the investigation is underway.