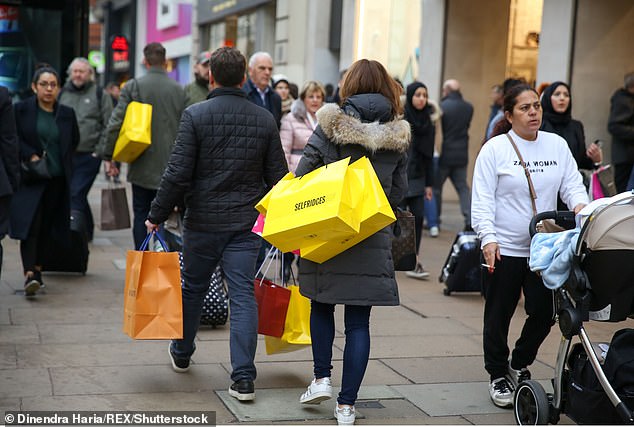 As Black Friday coincides with the cost of living issue, consumers are purchasing air fryers, heat pump tumble dryers, and other energy-efficient devices with credit cards.

Families are tightening their budgets and reducing their Christmas spending, including Black Friday deals, due to the growing cost of necessities such as energy and food.

Currys, a retailer of electrical goods, reported that it had already observed a shift in consumer attention from luxury electronics such as laptops and plasma displays to “basic home equipment” – many of which were purchased on credit.

Retailers are bracing for a “Bleak Friday” with warnings that the sales event would be impacted by the cost-of-living crises and strike-related shipping problems.

Ed Connolly, the company’s chief commercial officer, stated on the BBC Radio 4 Today program, “In the electronics industry, credit purchases are the standard.” This is because customers want to be able to spread out the expense, and we provide cost-effective alternatives for them to do so.

Shoppers may also be put off spending online in the Black Friday sales because Royal Mail deliveries are being hit by strikes held by the Communication Workers Union (CWU). Pictured: Striking Royal Mail workers gather on a picket line outside Camden Town delivery office on Thursday

More people are participating than at the same time last year. The apparent conclusion is that individuals are concerned about their personal money and are seeking ways to stretch out costs over a longer period.

Consumers are more concerned about their money this year than they were the year before, based on the sorts of things they are purchasing, which include an increase in energy-efficient products.

In response to a question regarding the kind of commodities being purchased, he stated, “During Black Friday, people are prioritizing domestic necessities, when in the past it was mostly luxury technology.” Such items as microwave ovens and air fryers, of which we sell 2,500 every day.

“This is unquestionably the year of the air fryer. As soon as we have inventory, customers purchase it, as it is a very energy-efficient method of cooking. Customers are also investing in heat pump tumble dryers, which may reduce energy bills by £300.’

Despite cost-of-living challenges, industry experts at Hargreaves Lansdown expect that weekend-to-Cyber Monday spending will be around 0.8% higher than last year. Despite a significant decline in the quantity of purchases, they predict it will reach £8.7 billion due to inflation.

Susannah Streeter, a senior financial and markets analyst, stated, “Retailers are yearning for some spending joy, but the fear is that it will be more of a Bleak Friday.” With the promotional event occurring in the midst of a cost-of-living crisis, may customers be more hesitant to spend?

More than three-quarters of respondents to a study by the market research firm Opinium expect to purchase gifts during the holiday sales this year, with 13 percent doing so for the first time. However, Black Friday has lost some of its luster due to fears that many of the advertised offers are bogus.

As a result of Communication Workers Union strikes, Royal Mail delivery may be disrupted during the Black Friday discounts, which may discourage online purchases (CWU). Pictured: On Thursday, striking Royal Mail employees form a picket line in front of the Camden Town delivery office.

As a result of Communication Workers Union strikes, Royal Mail delivery may be disrupted during the Black Friday discounts, which may discourage online purchases (CWU). Members are now on day two of a 48-hour strike after a protracted disagreement over jobs, wages, and working conditions.

When asked if there will be further strikes before Christmas, CWU general secretary Dave Ward stated, ‘If we don’t fight, we can be assured that our members’ employment and the service will be destroyed. We must increase the pressure.”

Courier experts Families will spend £4 billion less on food, presents, and entertainment this year, according to ParcelHero. However, the company’s chief of consumer research, David Jinks, added, ‘That does not imply we will all be relegated to Christmas stockings filled with almonds, knitted socks, and an orange.’

There are methods to save enough money for a reasonable Christmas celebration. Instead of opting for pricey next-day deliveries, it can be more cost-effective to purchase items online using free or low-cost delivery options.

There is also evidence that more and more Britons are purchasing used goods rather than new ones.