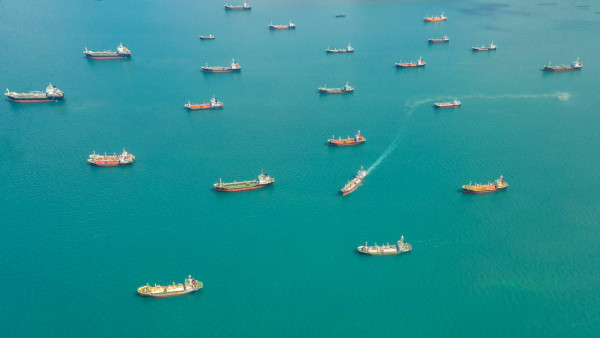 By Elliot Connor, Field Editor for The Republic of the Congo region, Energy Capital & Power (www.EnergyCapitalPower.com)

Neighboring the 15 trillion cubic feet (tcf) Greater Tortue Ahmeyim’s (GTA) gas reserves, BirAllah’s own 13 tcf in natural gas lies offshore the Mauritania-Senegal border at 2,500 meters deep. Discovered via a trio of wells drilled by the Valaris DS-12 drillship in 2019, the high-quality gas at BirAllah represents the largest deep water gas discovery of 2019 and the third largest overall. Now, as bp’s GTA project approaches its mid-2023 phase 1 launch, interests turn towards BirAllah which has long been slated as a follow-up for the GTA development on bp’s books.

The GTA area straddles the Senegal-Mauritania maritime border with the project performed in partnership with both countries’ national oil companies – namely, Senegal’s Petrosen and Mauritania’s SMHPM – along with bp’s partner in west Africa, Kosmos Energy. COVID-related shutdowns coupled with market pressures pushed back GTA’s timeline for first gas from the initial 2022 estimate to 2023. Now, however, with phase 1 well underway, targeting a 2.5 million tons annual output, and phase 2 – doubling the project’s capacity- under evaluation pursuant to a final investment decision expected by early 2023, bp has achieved sufficient security to move forward with BirAllah discussions.

BirAllah itself is bp’s golden goose – conveniently located on either side of the transnational GTA reserve and just as rich in resources. On the Mauritanian side, block C8 holds the Orca-1 zone and well, with 47 meters total in discovered net gas pay and further expected in deeper unexplored reserves. Below, on the Senegalese side of the border, the Cayar Profond block encompasses the Yakaar-2 well with a further 30 meters net gas pay. Between these two blocks and nine hydrocarbon zones bp has explored, drilling has de-risked up to 50 tcf worth of gas initially in place.

Thus far, development timelines for BirAllah are uncertain and unannounced, but between Senegal’s Yakaar-Terenga, Mauritania’s BirAllah and the transnational GTA hubs, substantial amounts of natural gas wait to be tapped. Per Wood Mackenzie’s best estimations, this is but a third of the total output we can expect to see from the region in the next 10-15 years. Hence, low carbon intensity projects like these are becoming more and more attractive to producers like bp and to energy markets themselves.

Moreover, with Senegal’s own gas master plan released as recently as 2019 and that of Mauritania’s in development, BirAllah and its neighboring hubs are poised to be potential cash cows for bp and will kickstart the MSGBC’s rise in the global gas and energy market.Distributed by APO Group on behalf of Energy Capital & Power.Media files