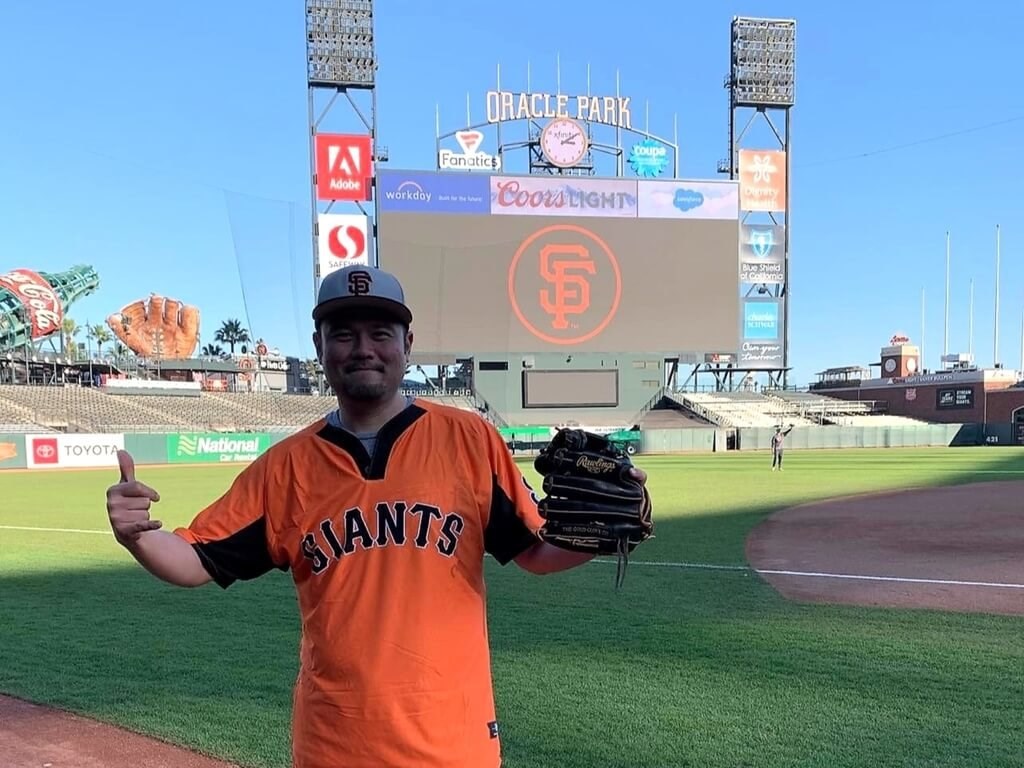 Los Angeles, April 18 (CNA) The use of biomechanics in sports has been a game changer in recent years, and professional baseball teams have been adopting the science in their training, according to a Taiwanese biomechanist who worked with the San Francisco Giants.

The Giants, which won the National League West title in 2021 with a franchise record 107 wins, was one of the first major league teams in the United States to employ a biomechanics team to help improve the performance of its players, said Matt Chan (詹明昇), a sports science analyst and the lead biomechanist with the team from 2019 to 2021.

In a recent interview with CNA, Chan said that when he joined the Giants in 2019, biomechanics was just taking off in the baseball world, and only about five of the 30 Major League Baseball (MLB) teams had biomechanical specialists on board.

Today, more than half have a biomechanical division, which carry out scientific assessments of the players’ performance on the field, including at the plate and on the mound, and analyze the ball’s trajectory, velocity, and direction, among other data, Chan said.

“Our responsibility is to support the coach’s intuition with data, to help the manager make more accurate decisions,” he said.

Sport biomechanics is the science of explaining how and why the human body moves in the way it does, and it also extends to the interaction between athletes and their equipment and environment.

In the early years of sport biomechanics research, the studies involved the use of body sensors to monitor the athletes’ movements and the collection of data in a laboratory, according to Chan.

The information collected are used in scientific analyses that contribute to more precise decisions related to training approaches and playing time and better assessments of injury risks, rather than relying mainly on subjective evaluations by team coaches, he said.

Matt Chan. Photo courtesy of Matt Chan
Simply put, Chan said, biomechanics has broken the mold, which means that winning or losing a baseball game is no longer just about nine people on the diamond and a few coaches along the foul line or in the dugout.

Teams are now rushing to recruit scientists like Chan, who sit in front of a computer, watch videos, write computer programs, and analyze data, he said, adding that they are valued as behind-the-scenes advisors.

“Our responsibility is to support the coaches’ intuition with data, to allow for more nuanced and specific decisions,” Chan said.

For example, he said, the biomechanics team can design individual training programs for different players, based on their physical characteristics, flexibility and musculoskeletal condition.

The Giants uses its biomechanics team, not only for those tasks, but also to help spot talent and recruit players, Chan said.

In fact, with the help of its biomechanics staff, the Giants have signed free agents who were not highly sought after and then worked with them using scientific methods, with good results, Chan said.

One such player was starting pitcher Kevin Gausman. When San Francisco signed him after the 2019 season, in which he had a 3-9 record and a 5.72 ERA in 31 games for the Atlanta Braves and Cincinnati Reds, it appeared the veteran right-hander’s MLB career had reached an end.

That earned him a five-year US$110 million contract with the Toronto Blue Jays, Chan said.

Another example Chan mentioned was Anthony DeSclafani, who had been reduced to a marginal role with the Reds in 2020 before being signed by the Giants to a one-year US$6 million deal in December 2020.

After an outstanding 2021 regular season with the Giants, in which he had a 13-7 record in 31 starts with two shutouts and a 3.17 ERA, he resigned with the club on a three-year US$36 million deal.

On a more personal level, Chan said, his experience working with the Giants from 2019 to 2021 taught him to more deeply respect the opinions of others, let go of individualism, develop a team spirit, and appreciate the importance of inter-departmental communication.

He also offered some advice for young baseball players in Taiwan who may be dreaming of playing in the United States, saying that a team’s plan to develop a player is a more important factor to consider than the monetary value of a contract.

Teams such as the Giants, Los Angeles Dodgers, Milwaukee Brewers and Tampa Bay Rays all prioritize the development of their players and put in the resources to back that up, Chan said.

For Taiwanese professional baseball pitchers Huang Wei-chieh (黃暐傑) and Teng Kai-wei (鄧愷威), who have signed minor league contracts with the Giants, the club’s scientific team will be able to develop their skills and straighten out their flaws, Chan said.