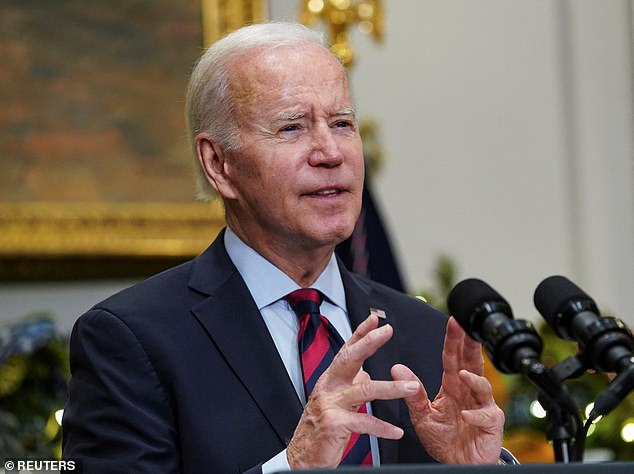 For gushingly endorsing President Joe Biden and claiming that he had done more for schools than FDR, the president of the American Federation of Teachers has drawn ridicule.

“I simply want to briefly mention what the president and you have done. Even the mnemonics for all the things that have been done have slipped my mind, to be honest. I teach history. More than any president since FDR, and maybe more than FDR, it is.

Greater than FDR? One user questioned, “Wtf has he done at all?”

What would it take to “further expand the success disparities, injure poor kids” in every manner, but particularly academically, push kids to record levels of mental health crises, raise childhood obesity, and lower community engagement? Yes, I agree,’ a caustic tweet from a different commentator.

She is a disgrace to education, one Twitter user chimed in.

What a joke, a third person said.

The AFT, the second-largest teacher’s union in the nation, re-elected Weingarten, 64, as its president earlier this year.

Under Weingarten’s leadership, the AFT has opposed schools reopening after COVID-19, flouted CDC recommendations by imposing mask requirements on school districts, and promoted a progressive agenda that includes the principles of Critical Race Theory, turning classrooms into frontlines in an increasingly polarizing political and cultural war.

Weingarten has taken part in a number of prominent political discussions involving issues related to education, such as the use of standardized testing, charter schools, and teacher evaluations.

Others appreciate her attempts to safeguard educators’ rights and raise the standard of education in the nation, while other individuals think her views on these matters are not in the best interests of kids and teachers.

When it comes to the position of Critical Race Theory in schools, the AFT head is accused of obscuring the issue.

The contentious 1619 Project has received support from both the AFT and the National Education Association (NEA), a partner union.

The project, which began as a New York Times magnum opus, was heralded as a “corrective history” of slavery in America, but it has drawn criticism for neglecting the truth in favor of a left-leaning revisionist account.

Weingarten recently retaliated against parents who opposed teaching critical race theory in the classroom, despite her stated position that it should not.

Weingarten caused controversy in April when she defended closing schools during the outbreak. She also opposed Florida’s Parental Rights in Education Act, which forbids addressing transgender topics to children in kindergarten through third grade.

It is propaganda. Weingarten said during a discussion on the Rick Smith show that this is false information. “This is how wars begin,” someone once said. This is the beginning of enmity.

To assist pupils in recovering from the pandemic’s consequences on schools, according to Weingarten, parents, educators, and legislators must work together.

Instead of just doing that, Weingarten said to Smith, “these right-wing ideologues are just trying to generate worry, anxiety, and rage, exploiting this concern that parents feel.”

They are using politics in a way that has significant, long-lasting, negative, harsh, and political ramifications.

According to Weingarten, the legislation would essentially force LGBTQ students “back into the closet” and educate youngsters that talking about transgender issues is forbidden.

Tiffany Justice, the founder of Moms for Liberty, a non-profit devoted to “organizing, educating, and empowering parents,” described Weingarten as “an arsonist who pretends to be a fireman” in a previous interview with DailyMail.com.

The power of the union coffers has been harnessed and exploited almost exclusively in the favor of the Democrats since Weingarten became leadership in 2008.

The union contributed $2.6 million to political campaigns in 2008, with 10% of that amount going to Republicans. Since then, that number has skyrocketed.

After the National Center for Education Statistics announced this month that reading and math scores for third-grade pupils fell by seven and five points, respectively, between 2020 and 2022, Weingarten had already encountered criticism.

Math scores fell for the first time since records started in 1969, and that is the greatest dip in reading scores in three decades.

The decreases affected students from all socioeconomic levels and locations of the nation, demonstrating how remote learning during the pandemic was not a replacement for in-person instruction.

The report at the time, as highlighted by Daniel McGrath, acting assistant commissioner for NCES, included “some of the greatest decreases we have recorded in a single assessment cycle in 50 years.”

According to him, “students in 2022 are performing at a level last seen twenty years ago.”

Republicans quickly laid the responsibility for keeping schools closed on Democrats and the power of teachers’ unions.

The ranking member of the House Education and Labor Committee, Rep. Virginia Foxx, made the following statement to DailyMail.com: “President Biden, Randi Weingarten, and their Democrat counterparts across the country deserve equal blame for undermining the educational aspirations of America’s children.”

Weingarten, however, emphasized that the shutdowns were unavoidable due to the epidemic in an effort to cast a more favorable light on the latest data.

Thankfully, schools are already striving to support children in recovering and thriving after a pandemic that killed more than 1 mil Americans disrupted life for two years. Rebuilding connections and concentrating on the fundamentals will help you learn more quickly this year, she said on Twitter at the time.