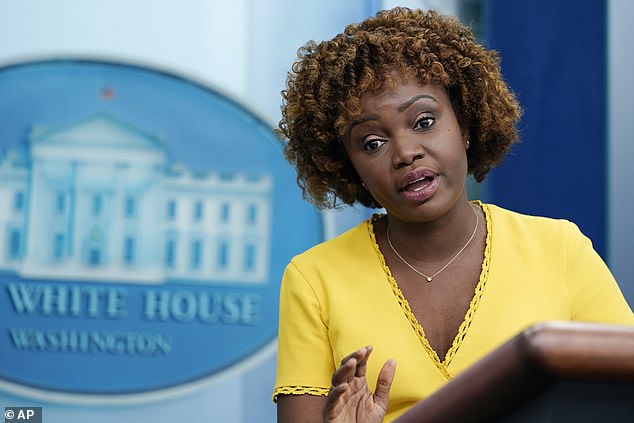 As the government gets ready to announce the next steps for borrowers to petition for forgiveness as early as next month, Joe Biden’s proposal to cancel student loans may cost the nation $400 billion over the next ten years.

The impartial Congressional Budget Office said the president’s relief proposal will cost a lot of money and result in a $20 billion increase in the amount of outstanding student loans in a letter to the Senate and House Labor committees.

According to the White House, more instructions that will offer more details on how debtors may apply for their share of the forgiveness are on the way.

Student loan payments will restart in January 2023 for the first time since the start of the coronavirus epidemic in March 2020, according to Biden’s statement, which also included extending the repayment moratorium for a fifth and final time over the prior August deadline.

In their letter to Senator Richard Burr and Representative Virginia Foxx, the two Republican ranking members of their respective chambers’ labor panels, the CBO noted that this final postponement of repayments from September 2022 to December 2022 will result in an increase of $20 billion in outstanding loans.

The letter continues, “CBO anticipates that as a consequence of the move, the cost of student loans will rise by about an extra $400 billion in present value.”

The letter was sent on Monday by Phillip Swagel, director of CBO and formerly assistant secretary of the Treasury for economic policy under President George W. Bush.

Burr and Foxx questioned the CBO about Biden’s proposal, which, if additional details and requirements are revealed in October, is expected to be legally challenged by the Attorneys General of many Republican states.

When the administration unveiled Biden’s comprehensive proposal for loan forgiveness in August, it was made clear that it would not be automatic and that debtors would have to petition for the assistance.

Karine Jean-Pierre, the press secretary for the White House, stated during her briefing on Monday that “we’ll have something to communicate on that very, very soon” with regards to the application process and the next stages.

When questioned about the application procedure, she said, “Once we get it, we’ll share it with all of you.”

According to the CBO’s calculations, $20,000 in relief would be available to 95% of borrowers with outstanding federal student loans who qualified to apply for debt forgiveness and 65% of students who qualified for a Pell Grant.

According to the CBO forecasts, 90% of eligible debtors are anticipated to request debt forgiveness.

The decision would eliminate the full student loan debt owed to the federal government for 45% of qualifying students.

Jean-Pierre pointed out that those earning $75,000 or less would be the bulk of those to gain from the alleviation.

“Student loan debt reduction usually generates a lot of commotion.” The president’s spokeswoman told reporters on Monday that the overall result is that this would provide tens of millions of Americans some breathing space.

This will allow individuals to save some money, therefore it will be a significant step forward, Jean-Pierre said.

The CBO figures were praised by Democrats, who said they showed that Biden’s proposal would benefit “millions of middle class families,” who would now “have more breathing space.”

Senate Majority Leader Chuck Schumer and Massachusetts Senator Elizabeth Warren acknowledged as much in a joint statement, “We don’t agree with all of CBO’s assumptions that underlie this analysis, but it is clear the pandemic payment pause and student debt cancellation are policies that demonstrate how government can and should invest in working people, not the wealthy and billionaire corporations.”