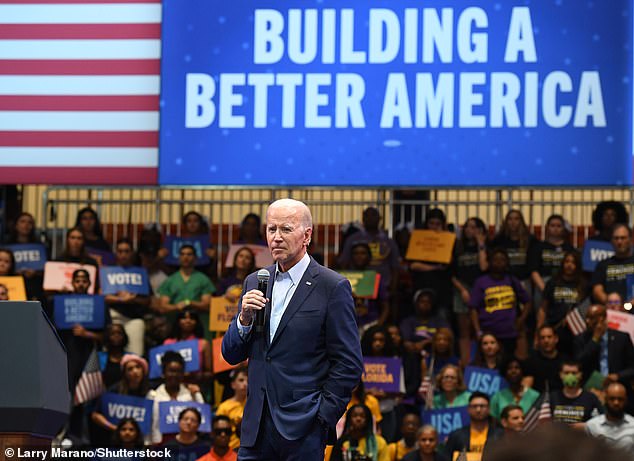 In an address on Wednesday night, President Joe Biden will discuss the dangers to democracy as he makes the case for Democrats ahead of next week’s midterm elections.

At 7 p.m. ET, Biden will deliver a speech from Capitol Hill, where Donald Trump supporters attempted to obstruct the certification of the 2020 election results on January 6.

A few steps from the Capitol building, at the Columbus Club near Union Station, the address will be held.

The Democratic National Committee said that he will speak on the “danger of election deniers and those who aim to erode trust in voting and democracy; and the stakes for our democracy in next week’s election.”

He will deliver this address from Capitol Hill since there was violence on January 6th intended to obstruct Democratic proceedings there. Anita Dunn, a White House advisor, said to an Axios panel that it was thus proper for her to make these comments tonight.

The president, according to her, “will be very explicit tonight that he is calling to people who don’t agree with him on any issues, who don’t agree on his agenda, but who actually can unify around this notion of this core principle of democracy,” she added.

After Paul Pelosi, the husband of Nancy Pelosi, was assaulted last week by a guy who stormed into their San Francisco home in search of the speaker, the speech was given. At the moment, she wasn’t at home. Paul Pelosi had brain surgery after being struck with a hammer, but he is expected to recover.

Biden has said that democracy is up for vote and often refers to the struggle for the “soul of the country.”

»Biden to discuss dangers to democracy«