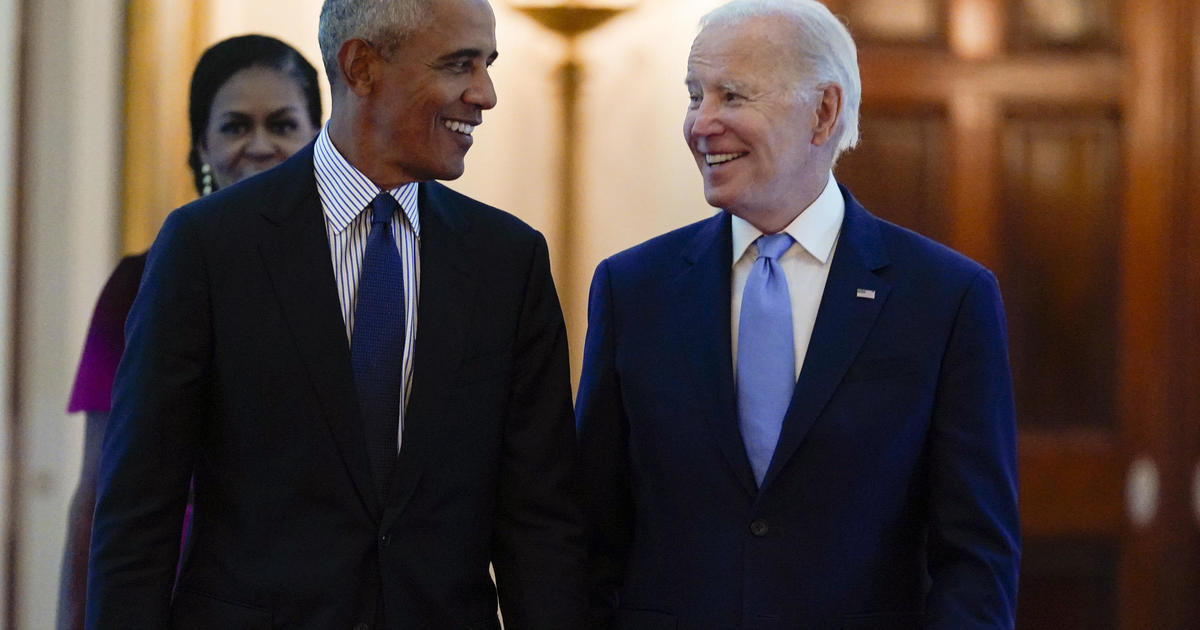 Swing-state On Saturday, Pennsylvania will host a battle between the presidents, as the leading figures of each party seek to galvanize voters just days before voting closes in the nation’s high-stakes midterm elections.

Former President Barack Obama kicks off the day at a rally in Pittsburgh with Democratic Senate candidate John Fetterman, the lieutenant governor of Pennsylvania who offers his party’s best chance of flipping a Republican-held Senate seat on Tuesday. Obama and Fetterman will join President Biden and gubernatorial candidate Josh Shapiro in Philadelphia later in the day.

Meanwhile, former President Donald Trump will conclude the day courting voters in a working-class region in the southwestern section of the state alongside Senate candidate Dr. Mehmet Oz and gubernatorial candidate Doug Mastriano.

Pennsylvania is a presidential battleground state that will host critical elections for the U.S. Senate, House of Representatives, and governor on Tuesday. Depending on the outcome of the Senate race, Biden’s agenda and judicial nominations for the following two years could be affected. Prior to the 2024 presidential election, the governor’s race will decide the future of state policies and the state’s election infrastructure.

Shapiro, the Democratic state attorney general, leads Mastriano, a state legislator and retired Army colonel who, according to some Republicans, is too conservative to win a general election in a state that Biden narrowly won two years ago.

And while Democrats are optimistic about the Pennsylvania governor’s race, they spend the weekend on the defense nationally as voters turn against Biden’s leadership in the face of rising prices, crime fears, and general pessimism about the country’s future.

Histories indicate that the Democratic Party, the incumbent party, will suffer severe losses on Tuesday.

Obama’s lunchtime rally in Pittsburgh is his first campaign event in Pennsylvania this year, but he has been the Democratic Party’s most prominent surrogate in the last push to Election Day. In recent days, Obama campaigned in Georgia, Michigan, Wisconsin, Nevada, and Arizona before traveling to Pennsylvania.

As Biden’s approval ratings decline, the current president has been far less visible in swing states, but he will make his third appearance in three weeks in his home state of Pennsylvania on Saturday in an effort to boost Fetterman’s chances.

The White House has privately fretted for weeks that Fetterman’s health worries could jeopardize his campaign.

Fetterman is still recuperating after his May stroke. In his one debate against Oz last month, he scrambled words and struggled to complete phrases, but medical experts say he is healing well from his health scare.

Despite his obstacles, Fetterman has constantly targeted Oz for his opposition to abortion rights and characterized the former New Jersey resident as an ultra-wealthy carpetbagger who will say or do anything to win the election. Thursday, Oprah Winfrey, who promoted Oz on her talk program, praised Fetterman.

Oz, however, has sought to cultivate a centrist image in the general election and has targeted Fetterman’s radical stances on criminal justice and drug reform. Nonetheless, Oz has had difficulty connecting with other voters, especially Republican voters who believe he is too close to Trump, too liberal, or inauthentic.

Saturday evening, Trump will hold a rally in Latrobe, Pennsylvania, to support Oz and Mastriano.

Even after receiving Trump’s support, Oz barely won the GOP nomination. The former Republican president is wagering that the celebrity TV doctor, who is a fan of the former first lady Melania Trump, would help Republicans win over suburban women in the critical swing state.

This event is part of Trump’s final campaign rally blitz, which will also take him to Florida and Ohio, two crucial presidential battleground states. He hopes a strong GOP performance this week would generate momentum for the 2024 campaign he is likely to launch in the days or weeks following the conclusion of the midterm elections.

Former U.S. President Donald Trump addresses a ‘Save America’ rally in Robstown, Texas on October 22, 2022. The former president, along with other Republican nominees and leaders, encouraged supporters and voters prior to the midterm election by holding a rally. BRANDON BELL / Getty Pictures

Trump made repeated references to his White House aspirations in 2024 during a Thursday night rally in Iowa, the traditional site of the first presidential nominating contest.

“Prepare yourself, that is all I will say. Very soon, “he said.

The possible dynamics of the election are clearly visible to the public.

On Sunday, Trump will headline a rally in Miami, Florida, in support of former rival Sen. Marco Rubio. Not invited: Florida Governor Ron DeSantis, who is campaigning for re-election and is widely viewed as Trump’s most formidable opponent should both men decide to run for president.

Trump’s schedule of rallies highlights both his undeniable popularity with the Republican base and his polarization. His aides concede that Trump is most effective in contests where contenders are attempting to mobilize their base.

Republicans in Westmoreland County, where Trump is scheduled to appear on Saturday, anticipate that he will do so.

“The Trump spike is still a real phenomenon,” stated Westmoreland County GOP Chair Bill Bretz. “I’m sure that’s what he’s aiming to accomplish, to ensure that everyone is aware of the significance of those races, to give both candidates a lift, and to drive out the vote on Election Day,”