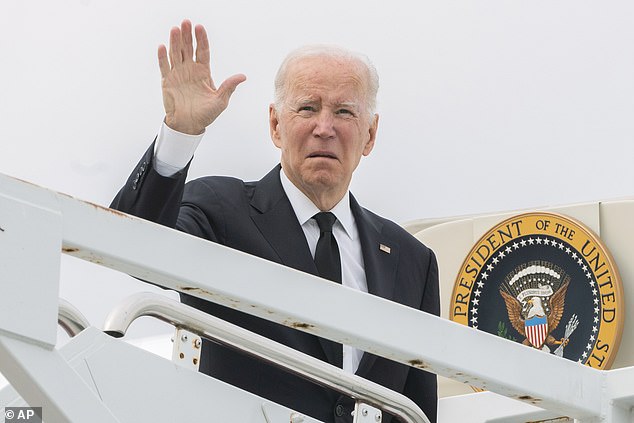 In the run-up to the midterm elections on November 8, President Joe Biden will forgo some of the competitive states that helped him win the presidency and instead focus on bolstering Democratic-held territories.

The president faces low approval ratings and voter discontent with an economy in which the cost of living has grown alongside inflation.

Consequently, some Democratic contenders are reluctant to appear beside him.

With less than a week until the election, the White House is considering how best to deploy the president in the battle to maintain Democratic control of Congress.

Six of the 14 states with some of the most competitive Senate and governor contests, as rated by the Cook Political Report, have been visited by Vice President Biden since September 1.

Biden is not likely to visit Arizona, Nevada, or Georgia, three states that helped elect the current president.

Additionally, he is not making extra trips in Wisconsin or Michigan, two other states that helped him win the presidency.

Barack Obama, however, spent the weekend in Georgia, Michigan, and Wisconsin attempting to bolster the party’s candidates there. This week, the former president will go to Arizona and Nevada to raise support for Democrats.

In contrast, President Biden’s campaign itinerary has been relatively low, despite claims by the White House that he is traveling and fundraising for the party.

The majority of these excursions have been to solidly blue states, where the president is soliciting campaign contributions and bolstering Democrats in 2020 seats he won.

The then-president made 22 campaign-related travels in October 2010, before his first midterm election, according to his itinerary.

In October 2022, Biden has taken eight campaign-related travels, according to an analysis of presidential travel by DailyMail.com.

There are limited road appearances by the president.

On Tuesday, Biden will be in Florida, a state he lost to Donald Trump two years ago. He will campaign for Charlie Crist for governor and Val Demings for the Senate.

On Saturday, he and Obama will campaign in Philadelphia for Josh Shapiro for governor and Jon Fetterman for the Senate.

Monday, Biden will deliver his closing argument at a rally in Maryland. The state is a traditional Democratic stronghold.

Obama will be in Nevada on Tuesday to support Democratic Senator Catherine Cortez Masto, whose re-election campaign is challenging.

The former president will be in Arizona on Wednesday to campaign for Democratic candidates Katie Hobbs for governor and Mark Kelly for re-election to the Senate.

With the Senate now comprised of 50 Democrats and 50 Republicans, each one Senate election has the potential to shift control. It is expected that Republicans will take the House.

Biden’s legislative plan can be thwarted for the next two years if the GOP gains control of only one chamber.

To combat a red surge, Democrats are investing aggressively in blue areas that Biden carried in 2020.

Republicans are heavily attacking Biden on the economy. In addition, they target Democrats in general for crimes.

Historically, the party of the president loses seats in the midterm elections.

In 2010, during the first term of President Obama, the Republicans won 63 House seats to gain control of the chamber. This year, Republicans require a net gain of five seats to oust the Democrats from office.