Skip to content
Go Home «» News «» Breaking News «» Biden excused staff due to a winter storm, but it’s not a snow day, he adds 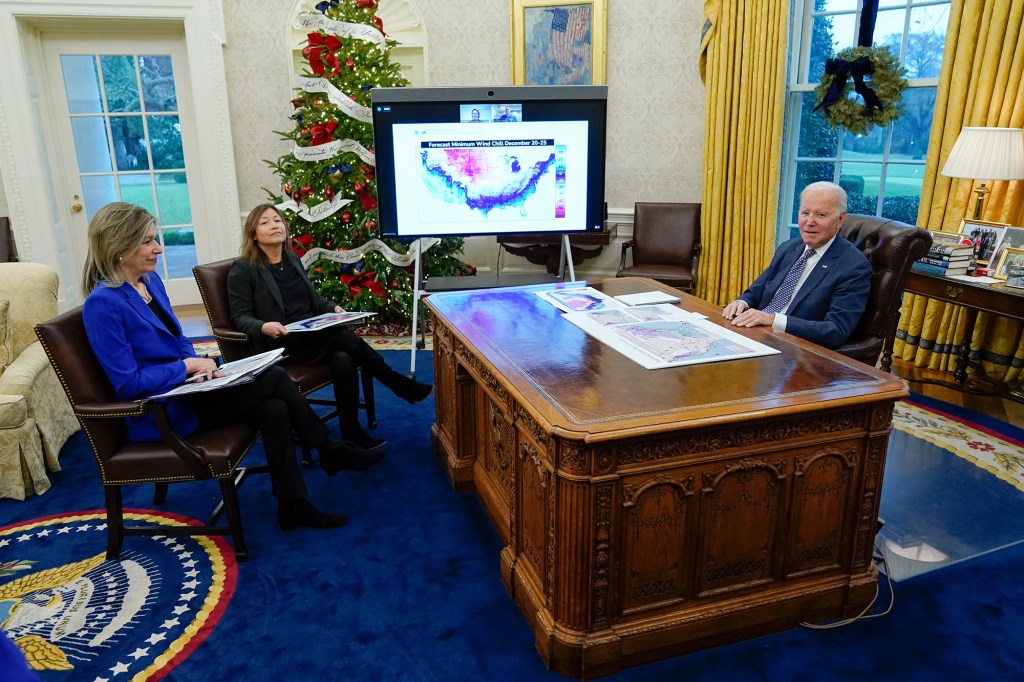 WASHINGTON — President Biden announced on Thursday that he had dismissed part of his White House staff early for the holiday season owing to the harsh winter weather sweeping the nation.

“It’s not like a snow day when you were a child. Before receiving a briefing from weather officials, Vice President Biden informed reporters in the Oval Office, “This is no joke.”

“I don’t know if your supervisors will allow it, but if you have travel plans, leave immediately. “This is no joke,” cautioned the president.

“I’m instructing my team to leave immediately if they intend to depart tomorrow, late tonight, or tomorrow. They may contact me by telephone. It is not a matter of life and death. However, it will be if they do not escape. They might not escape.”

Biden spoke just hours before a blizzard-like winter was predicted to pummel the Midwest, causing possible travel chaos in Chicago and other locations.

Intensely cold weather may pose an even bigger hazard over the Christmas holiday, with temperatures far below freezing anticipated across a large portion of the country, although the East Coast won’t see much snow.

As the storm rolls through Chicago on December 23, the temperature is forecast to drop to -6 degrees early in the morning.

Biden stated on Thursday, “This is incredibly severe weather.” “It extends from Oklahoma to Wyoming and from Wyoming to Maine. And it is of significant importance. Therefore, I urge everyone to follow the local cautions… We have attempted to contact 26 governors in vulnerable regions; for additional information, please visit weather.gov.”

Biden continued, “My team is prepared to assist towns in weathering this — pardon the pun — storm and freeze, because we must adapt.”

The 80-year-old commander in chief planned to celebrate Christmas with his extended family at the White House before heading to the Virgin Islands for a holiday. Before hanging his stocking, Biden must sign legislation to prevent a partial government shutdown by Friday at 11:59 p.m.

»Biden excused staff due to a winter storm, but it’s not a snow day, he adds«