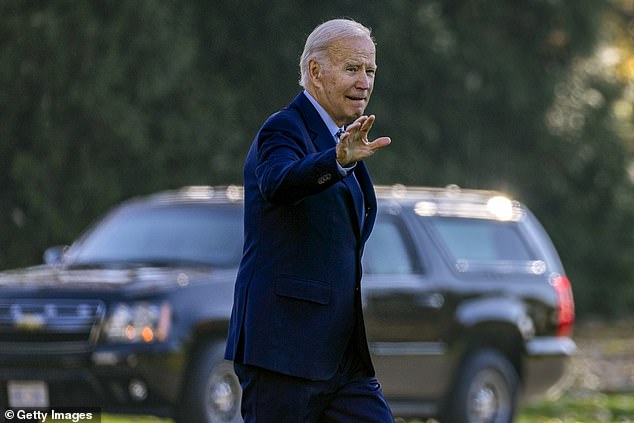 President Joe Biden departed for the West Coast on Thursday in an effort to bolster Democratic candidates in states he won two years ago as Republicans gain ground in key states like Pennsylvania.

The president will travel to New Mexico to campaign for Gov. Michelle Lujan Grisham, who has moved ahead of her Republican opponent after last week’s surveys indicated she was trailing.

He then travels to San Diego, California, to campaign for Representative Mike Levin. And he’ll make a swing in Chicago with the goal of bolstering incumbents Sean Casten, Lauren Underwood, and Bill Foster whose suburban Chicago congressional contests may be tightening.

Election pundits anticipate that Republicans will win control of the House in next Tuesday’s election. As a result, Biden is making a last-ditch push to rally Democrats. And the struggle for control of the Senate is intensifying.

The majority of Democratic contenders, though, have kept a safe distance from the president out of concern that his low support ratings and voter fury over his economic management could backfire on them.

The White House argues that the president is “moving around the country,” and on Thursday, press secretary Karine Jean-Pierre emphasized that his message transcends beyond the location of his speech.

“When the President speaks, it receives extensive coverage,” she told reporters on Air Force One during the westbound flight.

President Joe Biden traveled out west to campaign in New Mexico and California.

In Pennsylvania, a vital state, Republican nominee Dr. Mehmet Oz has eclipsed Democratic opponent John Fetterman in the polls for the first time.

The two point deficit, 48% to 46%, demonstrates consistent gain for Oz, whose support among potential Pennsylvanian voters has climbed by 5 points since September, according to a Hill/Emerson College survey.

Together with Barack Obama, Biden will be in Philadelphia on Saturday to campaign for Fetterman.

However, the president will not visit other states with close elections, like Nevada and Georgia.

Senator Catherine Cortez Masto of Nevada is in a close contest for her political life. Obama visited the state on Tuesday in an effort to sway Democratic voters.

Both incumbent Democrat Raphael Warnock and Republican nominee Herschel Walker are polling below 50% in the Georgia Senate race. State law stipulates that candidates must get a majority of the vote to win an election; if no one receives a majority, the top two candidates advance to a runoff.

With the Senate currently tied at 50-50 and Vice President Kamala Harris giving the tie-breaking vote, any upcoming election might determine which party has the majority the following year.

Midterm elections generally result in heavy losses for the president’s party. Since 1934, only Franklin D. Roosevelt, Bill Clinton, and George W. Bush’s parties have gained seats in the midterm elections.

They are attempting to mobilize their base to vote. Biden uses the phrase “Vote, vote, vote” to conclude his campaign speeches.

Meanwhile, Donald Trump will go out to rally Republicans. In five days, he will hold four rallies in the battleground states of Iowa, Pennsylvania, Ohio, and Florida.

According to surveys, the economy remains the top concern of American voters.

In a recent nationwide poll by Quinnipiac University, more than half of respondents cite the price of gasoline and consumer items as the most troubling economic issue.

However, in New Mexico, Biden will focus on student debt.

A White House official stated that he will discuss his administration’s efforts to ‘lower college costs and provide extra breathing room’ to student borrowers, while also warning of ‘catastrophic consequences for middle-class American families if Republican officials succeed in their plan to deny tens of millions of borrowers the chance to receive debt relief.’

Republicans think that Biden’s plan is too expensive and have filed a lawsuit to halt it.

According to the White House, about 26 million people have filed loan forgiveness applications to the Department of Education, with 16 million applications expected to be accepted by the end of the week.