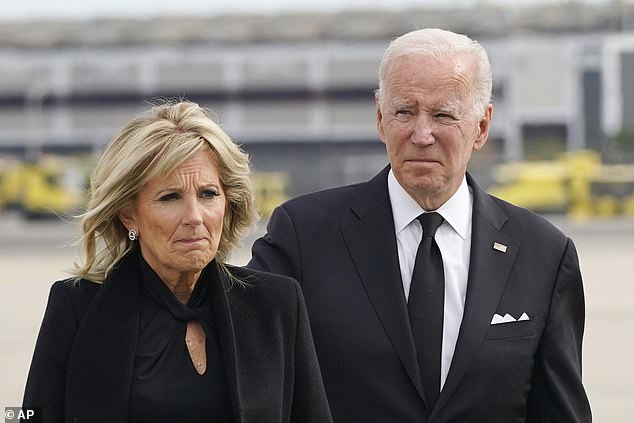 Donald Blinken, who had been nominated for the position by President Bill Clinton in 1994, passed away in September, while the United Nations General Assembly was in session.

He was also a prominent Democratic Party donor and former chairman of the State University of New York’s expansive board of trustees.

The president began his day in Wilmington, flew to New York for the ceremony, and then returned to the White House.

During the week coming up to the midterms, his campaign agenda included appearances in South Florida and New Mexico, and a new event was scheduled for Philadelphia on Saturday with former President Barack Obama.

Following Donald Blinken’s passing, the Secretary of State told the New York Times, “He was of a generation and temperament where you didn’t necessarily communicate or discuss everything; you just did.”

Last month, he died at his home in East Hampton at the age of 96.

As a financier who helped build the E. M. Warburg Pincus & Company, he amassed great money and became a significant Democratic supporter.

In the 1950s, he began to collect Mark Rothko works and became president of the Mark Rothko Foundation.

In the 1970s, he also served as president of the Brooklyn Academy of Music.