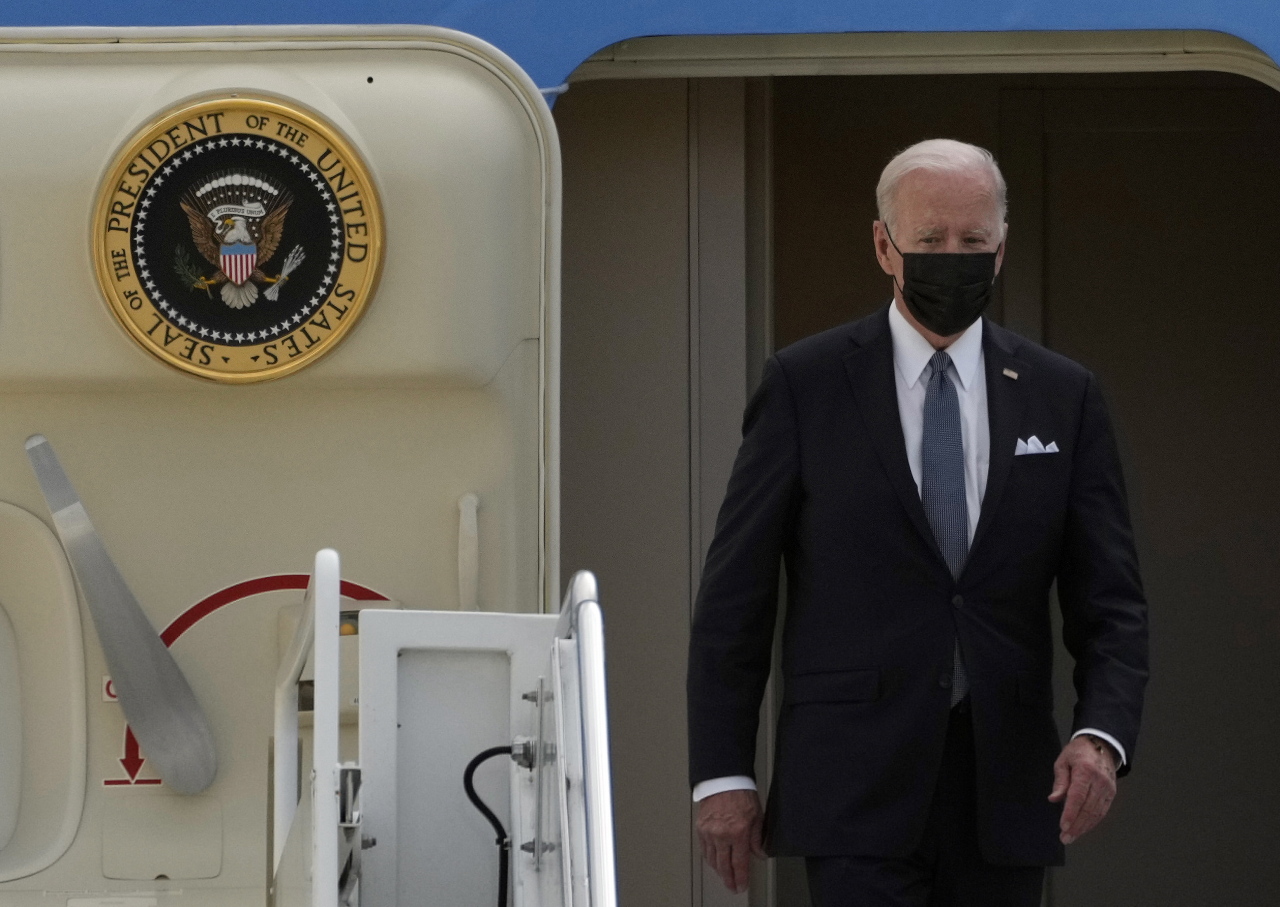 President Joe Biden arrived Sunday in Japan for the second leg of an Asia trip underlining US commitment to the region but overshadowed by concern that North Korea will test a nuclear weapon after ignoring Washington‘s attempt at outreach.

Biden, making his first trip to Asia as president, flew from South Korea into Yokota Air Base outside Tokyo, where he will meet with Japan’s Prime Minister Fumio Kishida and emperor on Monday, as well as unveiling a US-led multilateral trade initiative.

On Tuesday, he reinforces the theme of American leadership in the Asia-Pacific by joining the leaders of Australia, India and Japan for a summit of the Quad group.

The trip, which comes as rival China is experiencing significant economic disruption due to Covid outbreaks, has been touted by Washington as a display of US determination to maintain its commercial and military edge across the region.

But hanging over every step of Biden‘s tour is fear that unpredictable North Korea will test a nuclear-capable missile or a bomb.

Speculation that this might even happen while Biden was just across the border in Seoul did not materialise. However, US National Security Advisor Jake Sullivan told reporters that the threat remains.

Echoing Biden’s earlier statement that the United States is “prepared for anything North Korea does”, Sullivan said the dictatorship has a choice.

Pyongyang has so far declined to answer US appeals for dialogue, officials say, even ignoring offers of help to combat a sudden mass outbreak of Covid-19, according to Biden.

And while in Seoul, Biden confirmed he was prepared to meet with Kim Jong Un if the leader-for-life is “sincere”, but Sullivan said that remains far off.

Symbolising the apparent one-way conversation, Biden said the only message he has right now for Kim would consist of a single word: “Hello. Period,” he said.

They issued a statement on Saturday saying that “considering the evolving threat” from Pyongyang, they were looking at expanding the “scope and scale” of joint US-South Korean military exercises.

Joint exercises had been scaled back due to Covid and for Biden and Yoon’s predecessors, Donald Trump and Moon Jae-in, to embark on a round of high-profile but ultimately unsuccessful diplomacy with North Korea.

In contrast to the dovish Moon, Yoon said he and Biden discussed possible “joint drills to prepare for a nuclear attack” and called for more US assets to be deployed to the region.

Any build-up of forces or expansion of joint military exercises would likely enrage Pyongyang, which views the drills as rehearsals for an invasion.

North Korea has conducted a blitz of sanctions-busting weapons tests this year, including firing an intercontinental ballistic missile at full range for the first time since 2017, with satellite imagery indicating a nuclear test is looming.

But its weapons testing schedule may also be affected by a raging Covid-19 outbreak.

More than 2.6 million cases of what the regime calls “fever” have been reported since the Omicron variant was first detected in April, state media said Sunday.

Before heading to Japan on Sunday, Biden met with the chairman of Hyundai to celebrate a decision by the South Korean auto giant to invest $5.5 billion in an electric vehicle plant in the southern US state of Georgia.

He also met US and South Korean troops alongside Yoon, a schedule that a senior White House official said was able to “reflect the truly integrated nature” of the countries‘ economic and military alliance.

Biden is also emphasising a broader, almost existential aspect to his trip, saying that Asia is a key battleground in the global “competition between democracies and autocracies”.

“We talked in some length about the need for us to make this larger than just the United States, Japan, and Korea, but the entire Pacific and the South Pacific and Indo-Pacific. I think this is an opportunity,” Biden said after meeting Yoon.

While China is the main US rival in that struggle, Biden illustrated the acute challenge from Russia when he signed a $40 billion aid bill late Saturday to help Ukraine fight the invasion by Moscow’s forces.