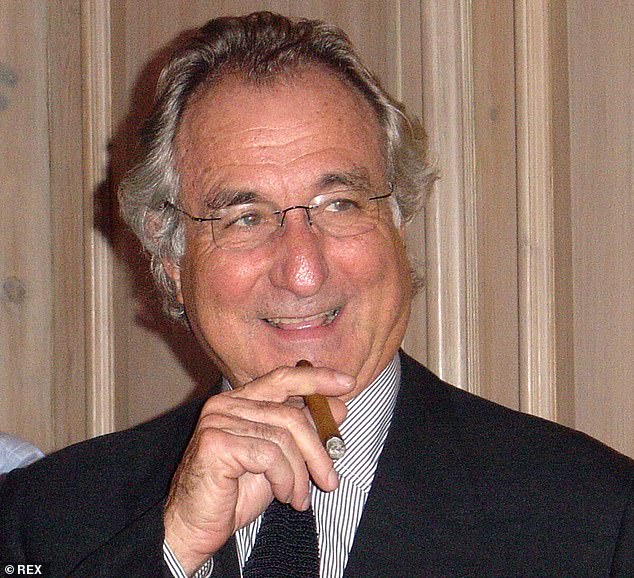 According to a new Netflix documentary, Bernie Madoff pleaded guilty to his multibillion-dollar Ponzi scam and accepted a 150-year prison term to prevent mob violence.

Madoff, who defrauded investors of roughly $20 billion, controlled “a considerable portion” of funds belonging to international criminal groups before being exposed as a fraud following the 2008 financial crisis.

Joe Berlinger says in the forthcoming Netflix documentary ‘Madoff: The Monster of Wall Street’ that Madoff went willingly to prison to avoid being executed by the mob for stealing their money. The guilty plea was an effort of self-preservation, according to The New York Post.

The four-part documentary about the 82-year-old Madoff, who passed away in 2012, will be released on Wednesday.

A new documentary claims that Bernie Madoff pled guilty to his crimes to escape being executed by the mob.

In 2009, after pleading guilty to his Ponzi scam, Bernie Madoff left the US District Court in Manhattan.

In 2009, Madoff pled guilty to his crimes rather than going to trial or negotiating a plea bargain.

Although at the time of his guilty plea Madoff spoke of the victims of his scheme, according to Berlinger, Madoff felt no remorse whatsoever and simply pleaded guilty out of self-preservation.

People believe that one of the reasons he was so quick to admit his guilt, say it was all his fault, and go to jail was not a courageous act, Berlinger told The Post.

“Rather than attempting to confuse, find a legal loophole, or postpone [a verdict], I believe part of that was self-defense to avoid a mob hit.”

The new Netflix documentary features footage of prison depositions given by Bernie Madoff.

During prison depositions, Madoff stated that prosecutors attempted to persuade him to accept a plea bargain instead of pleading guilty.

Before he pleaded guilty, Madoff stated that prosecutors attempted to compel him to reveal who else was participating in his plan.

Russian oligarchs were among Madoff’s victims, and suspicions have swirled for years that Russian criminal organizations were also investors in Bernard L. Madoff Investment Securities, LLC.

During his stay in jail, he befriended Carmine John Perisco Jr., the leader of the New York City Colombo crime family, who was spending time in the same facility.

Madoff testified in depositions he gave from prison that the prosecution attempted to negotiate a plea bargain with him prior to his guilty plea.

Madoff stated in the documentary’s deposition tape, “The prosecutor wanted me to plea bargain with them to make some type of deal by providing information as to who else was involved in this fraud.” There was a notion that I couldn’t be doing this by myself; other people had to be involved.

Bernie Madoff in 1999, nine years prior to the exposure of his vast Ponzi scheme.

Bernie Madoff with his wife Ruth. Madoff died in 2012 at the age of 82 while serving a sentence of 150 years in prison.

In March of 2009, Bernie Madoff pleaded guilty to operating the greatest Ponzi scheme in history.

From one floor of a Midtown Manhattan skyscraper, Madoff ran what appeared to be a prolifically prosperous investment business, while a team of his lackeys faked financial paperwork to trick clients and financial regulators alike into believing they were making profits.

Bernie felt he could manage and manipulate the majority of the individuals on the 17th floor, who had been recruited from high school or who would not have had the opportunity to make this type of money otherwise, according to Berlinger’s account to The Post.

The program also focused on one of these potential collaborators, Madoff’s chief lieutenant Frank DiPascali, who began working for Madoff in 1975 and passed away at age 58 in 2015 while awaiting sentencing.

In a deposition, DiPascali stated, “There was one basic fact that Bernie Madoff, myself, and others knew, but neither the clients nor regulators like the SEC were informed.” No actual purchases or sells of securities occurred in their accounts. It was all fabricated, it was all fabricated.

»Bernie Madoff accepted a 150-year prison sentence to escape a mob hit, according to a Netflix documentary«