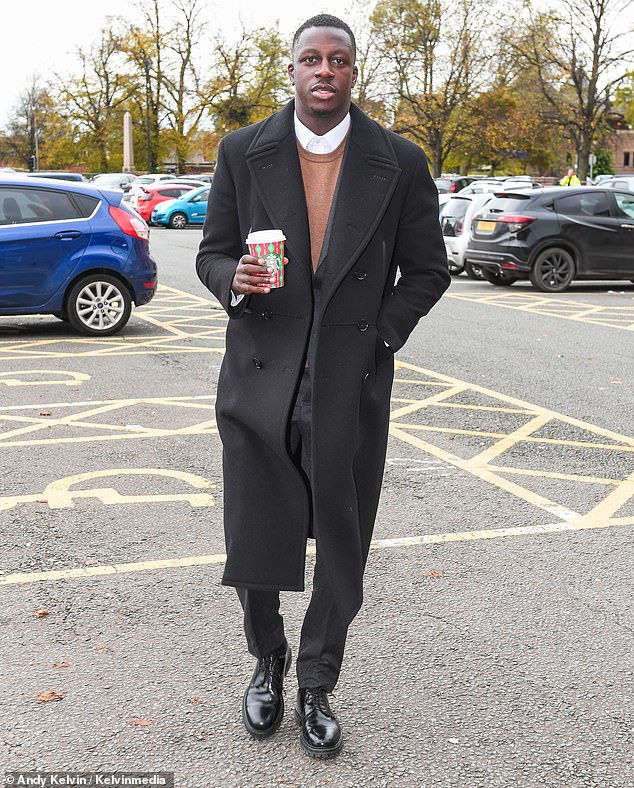 Benjamin Mendy’s cleaner testified at his rape trial yesterday that the Manchester City star’s home was a “catastrophe” after a party, with “bottles and food everywhere” and a broken glass-top table.

In ten supportive testimonials, the jury at Chester Crown Court was informed that the £52 million footballer is “the kindest guy you could meet.”

Yvonne Shea, who along with her 30-year-old daughter worked at Mr. Mendy’s residence for five years, told the court: ‘I am quite astonished to hear all these charges have been made against him.

If I had believed he was capable of such crimes, I would have never permitted my daughter to go there or be there alone. He is not that type of individual.

Mrs. Shea referred to the aftermath of a party hosted at Mendy’s home in Prestbury, Cheshire, in August as a “catastrophe.”

She stated, “Bottles were strewn about, food was scattered, and the glass tabletop was smashed.”

28-year-old Benjamin Mendy denies seven counts of rape, one act of attempted rape, and one count of sexual assault.

Claudia Noble, an employee of a nightclub, said in court that she had a ‘casual’ sexual relationship with the left-back and never felt ‘uncomfortable’ with him.

She remarked, “Ben has always been quite sweet to me.” He has an excellent sense of humor. Simply said, he is a lot of joy to be around. I have never felt concerned or unsafe.’

Annabelle Rochard, his ex-lover, stated that she never felt uncomfortable with his behavior.

She continued, “He is a very kind and kind person.” I have never witnessed him become upset with a woman.

Marc Boixasa, a football scout who worked at Manchester City from 2012 until last year as head of first team operations, stated to the jury, ‘He was really likable and approachable from the start. He was a person who everyone liked from the beginning.

He stated, “The attitude was always the same in the sense that he was not the consummate professional, as he was frequently tardy in the morning due to oversleeping. That was a consistent occurrence.

Mr. Boixasa stated, “He has a large personality. He is one of the nicest football players I have ever met.

Meissa N’Diaye, the representative of the Frenchman, informed the court that Mendy was going out after his knee injury.

Clearly, we had multiple conversations over his lifestyle, as he stated. I have always told him that he would have to make a decision at some point, as the level of discipline at the highest level is something to be considered.

It was ultimately up to him to make that choice. I was aware that he was having sex with females due to his youth and desire to avoid a long-term engagement.

“I am shocked by the accusations against Benjamin. This is not the individual I have known since he was 18 years old. The most generous person I know is him.

Davia Howarth, a foster carer, reported having a sexual relationship with Mendy for two or three months until it “fizzed out.”

She stated, “He never pushed me to do anything against my will.”

He continued, “I thought his outlook on life to be quite refreshing.” He went out of his way to meet with you, which is uncommon among professional athletes.

The court also heard evidence from Mendy’s brother David and sisters Marie and Domeo outlining how he assisted the family financially by sending money.

»Benjamin Mendy’s house was ‘a nightmare’ after a party, cleaner tells rape trial«