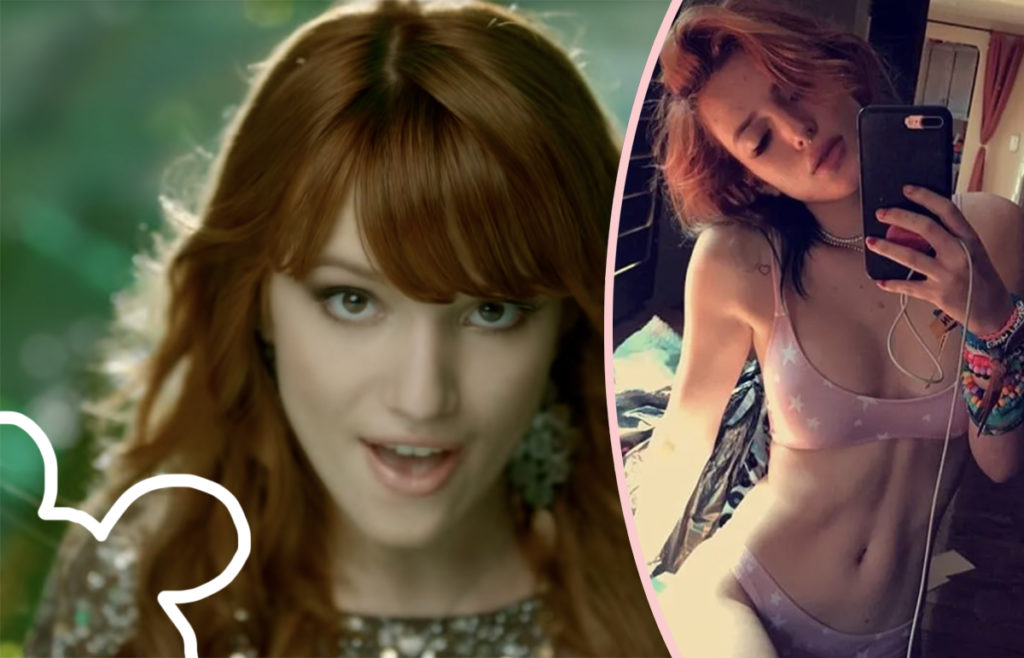 Bella Thorne is continually releasing bombshells. During a conversation with Emily Ratajkowski, the former Disney Channel star ripped back the network’s pristine image. After her awkward encounter with a director made news earlier this week, another story from their conversation is making the rounds today.

Before appearing in The Babysitter or Midnight Sun, Thorne portrayed CeCe Jones in the Disney dancing comedy Shake It Up, in which she costarred with Zendaya. Thorne, who participated on the series from 2010 to 2013, revealed on the December 27 episode of Ratajkowski’s High Low podcast that she was nearly dismissed from the show and the network after being spotted in a bikini at the age of 14.

Thorne stated, “When I was 14 years old and wearing a bikini on the beach, I nearly lost my job at Disney Channel.” “This stylist I was hanging out with adorned me with a chain that resembles a body chain. I’m not sure? I don’t care. There was a fan who photographed me on the beach. I almost lost my job.”

She continued, “It was all over the media at the time; it really went viral.” It was, “How dare this child do this?” This is so revolting!”

Thorne stated that Disney was “under pressure” to fire her because of the photo, but she remained employed by the corporation.

“They said, ‘Hey, we’re receiving a lot of criticism for this. Thorne stated, “Everyone is criticizing you for wearing a bikini on the beach, so she should wear boy shorts and a loose t-shirt the next time she visits the beach.”

Thorne also recalled a time when she was denied a position for flirting with a director when she was 10 years old. She told Ratajkowski, “When I was 10, a filmmaker gave me input.” The casting director calls my agent and my agent calls my mother and says, “She won’t be moving ahead because the director felt she was flirting with him and it made him quite uncomfortable.”

Reflecting on her experiences of being sexualized at a young age in Hollywood, Thorne stated, “I feel like I’ve owned the word’sex’ for a long time, and I’ll continue to own this word because it’s what’s been put on me since I was so young, and yet I’ve reclaimed so much of my own power by owning that word.”