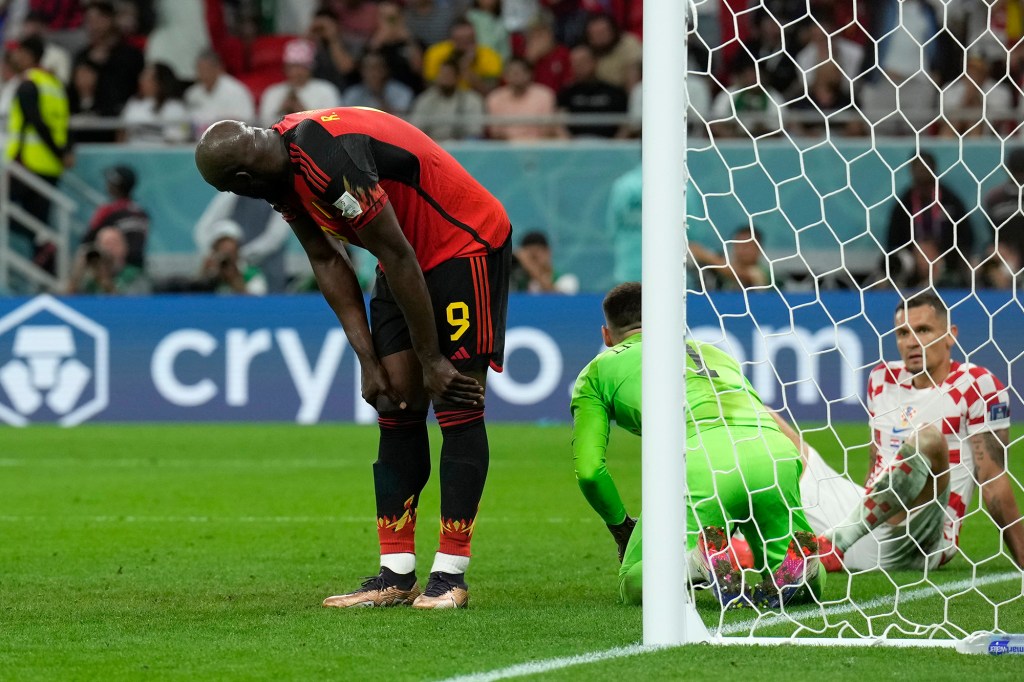 The “Golden Generation” of Belgium appears to be a failure.

The Red Devils were eliminated from the 2022 World Cup on Thursday, after their 0-0 tie with Croatia prevented them from advancing past the group round. Belgium required a victory to advance; Croatia finished second in Group F to qualify for the Round of 16.

Romelu Lukaku, who has been battling an injury, entered the game after halftime and had a series of excellent scoring opportunities, but he seemed snake-bit as he failed to score on any of them.

Romelu Lukaku reacts after missing a goal opportunity against Croatia on December 1, 2022, during a World Cup match.
AP

The squad possesses elite quality, notably a world-class goalkeeper in Thibaut Cortois, but is aging, as noted by star player Kevin De Bruyne in an interview published by The Guardian during the tournament.

De Bruyne said, “No chance, we’re too old,” when questioned about his team’s chances in Qatar. “I believe our chance was in 2018,” Our squad is strong, but it is aging. We’ve lost crucial players. There are several promising newcomers, but they are not at the same level as previous players in 2018. I view us as more outsiders.”

Belgium overcame Canada 1-0 in its opening game of the 2022 World Cup but was surprised by Morocco 2-0 on Sunday. Morocco defeated Canada 2-1 on Thursday to win Group F, while Croatia finished second and also advanced.

There were rumors of a fierce argument between teammates De Bruyne, Jan Vertonghen, and Eden Hazard following the loss to Morocco.