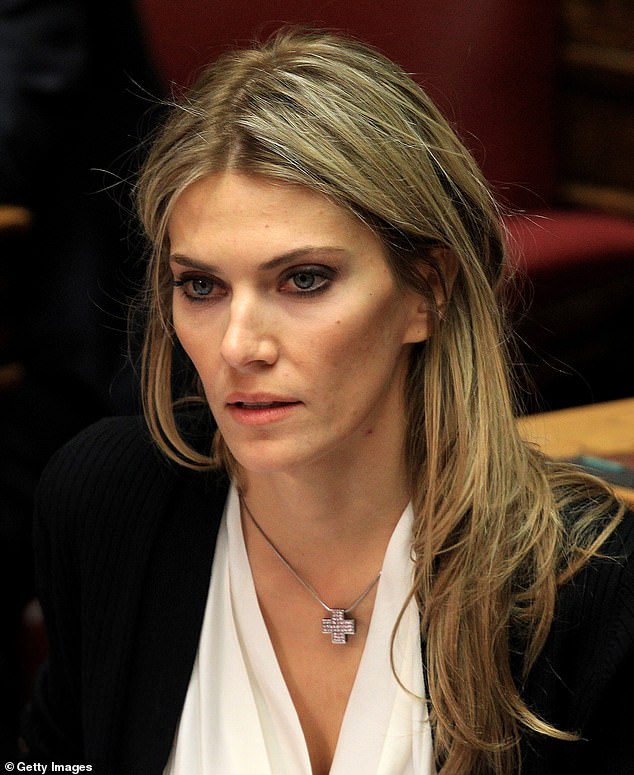 Prosecutors suspect Eva Kaili and three others of accepting bribes from the World Cup host in an attempt to influence EU policymaking.

Belgium’s secret service agents discovered €700,000 in cash concealed in the home of an ex-Italian MEP after getting access to his residence, unraveling one of the worst scandals in the history of the 27-nation bloc.

The country’s justice minister, Vincent Van Quickenborne, told the Belgian newspaper Le Soir, “It was a game-changer that state security and foreign intelligence services have been working on for over a year to map the suspected bribery of MEPs by other countries.”

Brussels-led investigations into potential Russian and Chinese influence in the EU have identified Kremlin spies operating as trade envoys and ambassadors.

Prosecutors suspect Eva Kaili (pictured) and three others of accepting bribes from the World Cup host in an attempt to influence EU policymaking.

Francesco Giorgi, the boyfriend of expelled vice-president of the European Parliament Kaili, confessed his role in a Qatar graft scandal, according to two persons with firsthand knowledge of the situation who spoke to Reuters.

One of the sources stated that Giorgi’s admission to accepting bribes from Qatar to influence European Parliament decisions on Qatar had made a “major contribution” to the investigation being conducted by Belgian investigating magistrates.

According to the same source, EU assistant parliamentarian Giorgi attempted to clear his partner Kaili of any wrongdoing.

The lawyer for Greek MEP Kaili, who was removed from her position as vice president of the European Parliament on Monday, has denied any wrongdoing.

Giorgi’s attorney, who is presently detained pending further examination of the issue, did not respond to a request for comment immediately.

Last Monday, the Belgian police revealed photographs of the luggage and cash-filled boxes that Eva Kaili’s father was carrying when he was arrested outside a hotel in Brussels.

“The State of Qatar firmly denies any attempts to connect it with misbehavior allegations.” A Qatari official stated on Thursday that any relationship between the Qatari government and the alleged accusations is unfounded and grossly erroneous.

Giorgi also stated in his confession that he suspected Belgian MEP Marc Tarabella of receiving funds from Qatar, according to a source close to the investigation.

Tarabella has denied any wrongdoing, despite having previously disclosed that his residence was searched on Saturday as part of the Belgian probe.

His attorney did not immediately respond to Reuters’ request for comment.

Roberta Metsola, president of the European Parliament, promised EU leaders that she will spearhead reforms to prevent a repeat of a criminal corruption scandal.

Giorgi also stated that he suspected Andrea Cozzolino, the Italian MEP in whose office he worked, of receiving illicit Qatari funds, though he provided no evidence.

Cozzolino stated to Italian news outlets, “I am not the subject of an inquiry.” I have not been interrogated. My office has not been searched, nor has it been sealed.’

EU legislators voted 541 to 2 in favor of a motion expressing their ‘appalled’ by the alleged corruption and money laundering by a former politician and staff member.

The parliament stated that it “denounces” the alleged attempts by the Gulf state to seek influence “by acts of corruption, which constitute significant foreign interference in the EU’s democratic processes.”