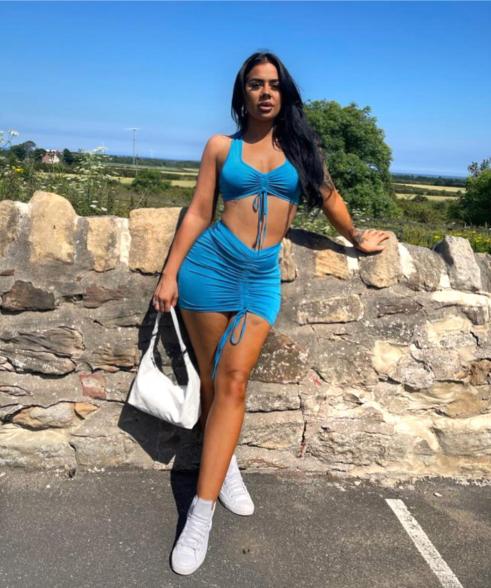 Rachel Mee, also known as Rachel Kaitlyn, was a British model and social media personality who died unexpectedly before her baby’s first Christmas. She was in her 25th year. In a GoFundMe page for the deceased social media star’s kid Kyro, her friend Claire Robinson verified the “devastating news.”

The Newcastle native, who was also a creator and dancer for OnlyFans, was reportedly discovered dead on December 18, Jam Press said. And while the cause of death has not been disclosed, Robinson seemed to imply that Mee had committed suicide.

“Kyro’s mother Rachel regrettably lost her struggle with the pressures of this world,” the grieving friend wrote, adding that the March-born infant won’t have his mother for his first Christmas.

“This Christmas will be Kyro’s first, and his mother will be tragically absent,” she mourned. “We are all so devastated by this tragic news, how the world has failed such a beautiful young girl, and how she felt she had no other choice but to end her life.”

Robinson noted that her deceased friend “had a gorgeous son whom she loves with all her heart.”

At the time of her passing, Mee had amassed over 40,000 Instagram followers, where she regularly posted bikini glamor images.

Robinson stated that she launched the GoFundMe campaign to “raise monies for Kyro’s future to alleviate some stress from Rachel’s family and assist in any manner.”

Meanwhile, pal Chris Coppen set up a second GoFundMe to assist with Mee’s burial costs. “I’ve been requested by Rachel’s family to set up a GoFundMe page because so many people have expressed condolences and asked how they can help,” he wrote.

On a GoFundMe page she set up for Mee’s son Kyro, pal Claire Robinson wrote, “Unfortunately our world has failed another wonderful person due to life’s stresses.”

Fans flocked to the deceased online sensation’s social media and GoFundMe accounts to pay their respects.

“I never had the pleasure of meeting you, Rachel, but I’ve heard nothing but beautiful things about you,” said a heartbroken GoFundMe donor. “I am devastated by the news of your death, and my heart breaks for your son. RIP you lovely angel.”

“This was such a disaster,” wrote a third individual. “I feel terrible for Rachel’s son. RIP Rachel. Now, another star shines brightly in the sky.”

“Rest in peace, Rachel,” lamented a mourner. I admired your courage.

“If you only knew how much you were admired and loved.”