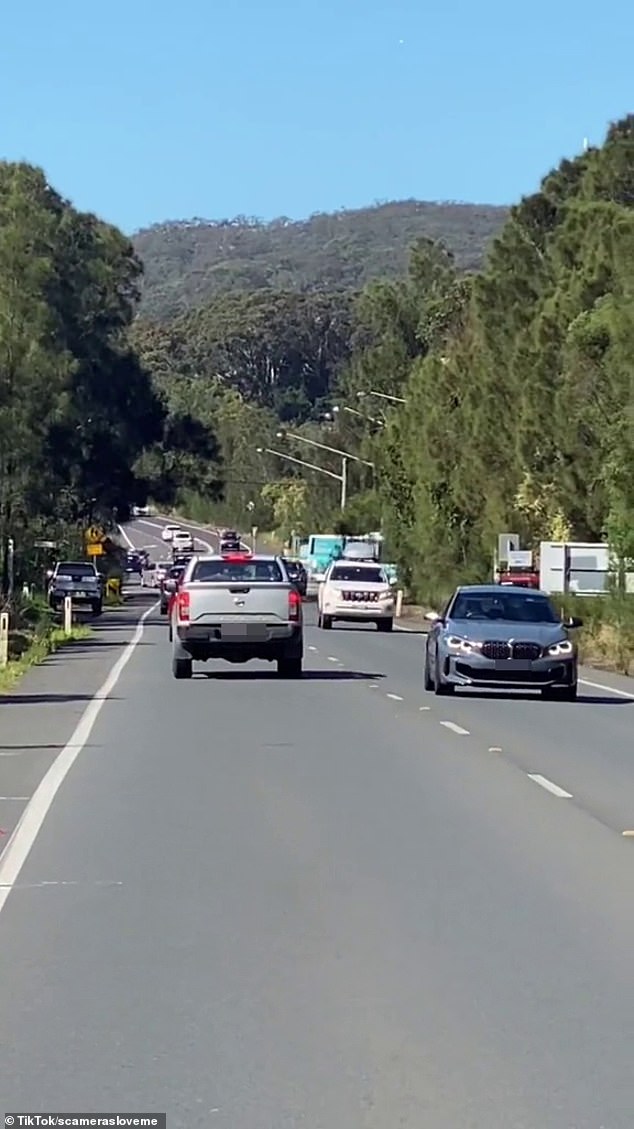 One of Australia’s most well-known road vigilantes managed to catch a speed camera operator employing a cunning trick to trap unwary motorists.

In a video he posted on Tuesday, Beau Jackson, 17, can be seen driving past a speed camera that is partially obscured from view by a road sign and parked behind trees.

At Forresters Beach on the Central Coast of New South Wales, the camera was perched on a section of road.

This shouldn’t be permitted, I said. Beau remarked in the video, “You shouldn’t be able to park right up to that sign.”

“You can’t even see it when you’re coming from the opposite direction.” See how well-hidden that is? Look at how repulsive it is.

“That is not permitted.” Even worse, they get both sides of the road.

The adolescent parks at spots where he says cameras are “unfairly” trying to catch people out, as at the foot of hills or in areas where the speed limit suddenly reduces, most days before and after work, rain, hail, or shine.

As a “living legend” and a “national hero,” Beau’s following is expanding.

Beau often uploads videos on TikTok and makes an effort to alert drivers when speed traps are imminent.

The 17-year-old previously cut grass and worked at Domino’s, but his main source of income is expected to come from selling bumper stickers.

“Too many Karens!” reads one sticker. Too few Beaus!

Beau, who claims he has never received a speeding violation, concurs that drivers who exceed the speed limit “dramatically” need to face consequences.

As they also park at the base of a hill, he said, “I’m doing it for people who are done four or six kilometers over.”

“I wouldn’t warn someone if it were in a school zone or on a section of road where people are speeding.”

However, they are often configured to ping drivers who are traveling a few kilometers above the speed limit at the foot of a hill, which is unjust.

If they want to save lives, they should post warning signs here and on the front and rear of the vehicle.

He has confirmed that what he was doing was lawful by calling the police.

They believe that by forcing others to slow down, I’m benefiting the community, Beau continued.

To make sure the proper notice is visible, operators must snap a picture of where the mobile speed camera is and email it back to the main office.

During a Budget Estimates meeting last month, new guidelines for the deployment of mobile speed cameras were introduced, requiring that the vehicles be parked “10 to 15 meters” from the closest vehicle.

The modification was made public by the Transport for NSW office in response to concerns after a sharp increase in penalties for low-range speeding offenses captured by covert cameras.

The government advised citizens to apply for a review if they believed the signs were not adequately posted since they would not automatically be excused from paying penalties if they were not visible.

According to Tara McCarthy, deputy secretary of Transport for NSW, the action was taken in response to “community concerns” over operators’ “sneaky” business practices.

At the end of the day, if someone violates the law, they are guilty of violating the law, she added.

They always have the option to request a review of the offense, and special circumstances will be taken into account.

A massive 855 percent rise in revenue from low-range speeding penalties (under 10 km/h above the limit) was recorded from 2021 to 2022, providing the government with a $47 million cash infusion.

It accounts for more than half of the $75 million in income from all speeding tickets collected throughout the fiscal year.

The Treasury’s most successful month was January, which saw astounding $7.8 million in low-range penalties and $12.5 million overall.

If Labor wins the next state election in March, it would abolish the mobile cameras after accusing the administration of lying about the purpose of the vehicles.

Why not just reinstate these warning signs since the government has already spent millions of dollars on pop-up signs and put new regulations in place to prohibit hidden cameras? John Graham, a spokesperson for the state opposition, stated

The reinstatement of warning signs before and after mobile speed camera vehicles is supported by the opposition.

That was the arrangement in place before.

That will encourage community support for the use of mobile speed camera enforcement, says the speaker.