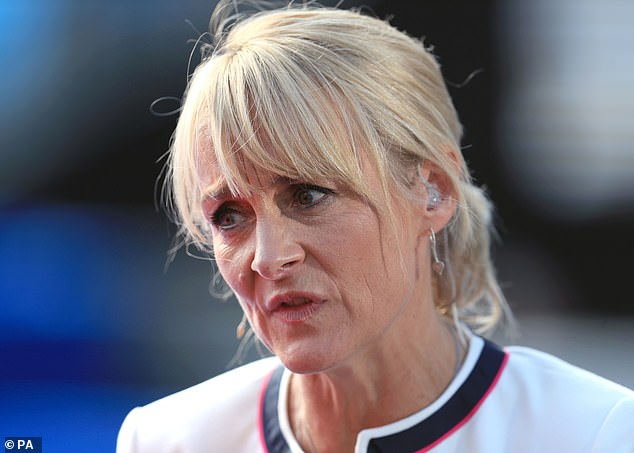 The BBC has struck a pay deal that will see the vast majority of employees given a 5.2 per cent pay rise – as it battles to retain staff amid a top talent ‘brain drain’.

The broadcaster today announced that most of its staff ‘public service’ will receive a 4.2 per cent pay rise in August.

The pay rise, which corporation bosses stress is below the current 7 per cent cent rate of inflation, will be followed by a further 1 per cent increase later in the year.

The pay hikes, which come after a Covid pandemic pay freeze and a 1 per cent increase in 2021, will apply to around 18,000 of the corporation’s employees – including frontline journalists and back office staff.

However senior leaders – who negotiate pay deals separately – and freelance talent such as Gary Lineker – who earns around £1.4million-a-year from his work with the broadcaster – will not be eligible for the rise.

The pay hike comes as the broadcaster, headed up by Director General Tim Davie, faces an exodus of top-level talent.

At least five of its top stars have left for in recent months, with at least four going to the BBC’s direct rivals.

BBC Breakfast host Dan Walker became the latest to join a rival firm earlier this year, when he quit Auntie for Channel 5.

He followed former co-host Louise Minchin, who quit to spend more time with her family, out of the doors at Broadcasting House.

Today, as part of the pay rise announcement, BBC bosses said the broadcaster was competing in a ‘global market for talent’ – which has become even more competitive in recent years with the rise of streaming giants such as Netflix, Disney+ and Amazon Prime.

‘The BBC will never be able to meet the levels of pay at some of our rivals – and nor should we be expected to – but we are operating in a global market for talent, and without that talent, there are no programmes or content,’ a spokesperson said.

However the broadcaster stressed that the 2022/23 increase sits below the current 7 per cent rate of inflation.

Bosses said senior leaders will not receive an automatic increase, and their pay is subject to a different process.

A spokesperson for the BBC said the increase was about ‘providing a fair deal to licence fee payers and to staff’ and that it was made possible by ‘cutting staff numbers and saving costs’.

Last year, the number of employees fell by more than 1,200 – 6 per cent of the total workforce – while senior leader numbers were down by more than 5 per cent.

‘We want our staff to thrive, produce their best work and feel valued for their output.

‘Last year the number of employees fell by over 1,200.

‘The BBC is smaller but we also need to attract and retain world-class talent, within a reformed, modern and efficient organisation that provides great value to audiences.’

Culture Secretary Nadine Dorries has recently said the BBC’s funding model is ‘completely outdated’ and decisions on any changes will be made ‘well ahead’ of its charter renewal in 2027.

The corporation is currently engaged in conversations on how to fund its services as the licence fee faces an uncertain future.

Earlier this year the BBC denied it was facing a top talent ‘brain drain’, despite losing a number of its star presents.

‘People come, people go, but we have lots of existing talent and new and emerging stars and there is always a natural point where people move on,’ A BBC source told MailOnline in April.

The comment came after BBC Breakfast host Dan Walker revealed in March that he was leaving the Corporation after six years to be lead anchor at 5News.

Meanwhile, Maitlis, Sopel and Marr jumped ship for LBC in a golden handcuffs deal, with each expected to bag significant pay increase.

The journalists caused disarray at Broadcasting House after deciding to join Global, which is also home to Nick Ferrari, Shelagh Fogarty and James O’Brien.

Maitlis, who hosted Newsnight, had a series of impartiality complaints against her because of her tweets and on-air comments about the pandemic.

Marr is said to have admitted he was prompted to leave the BBC because of his desire to speak freely on major issues, including climate change and politics.

Leading presenters Andrew Neil and Simon McCoy have also left the BBC in the past year.

But they warned it ‘could be more’ because of the number of projects they will work on together.

Leaving the BBC will also allow them to pursue more cash from speaking events and private functions worth another £50,000 annually.

Another insider said: ‘I think it’s the potent appeal of money and freedom to be more expressive in their personal views than the BBC allows’.

The deal will see them front a major new podcast for Global Player, as well as hosting a show together on LBC and providing commentary and analysis for lbc.co.uk.