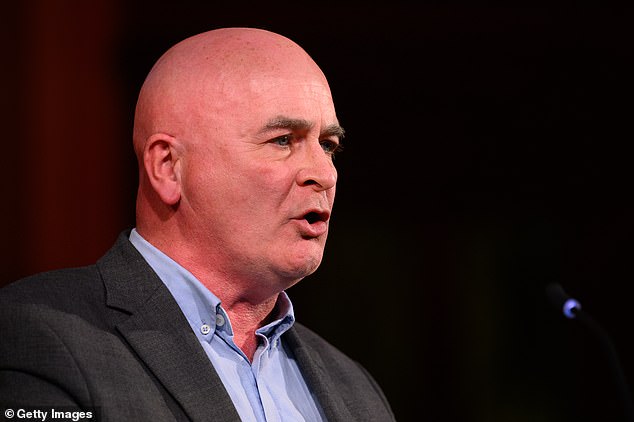 Banks and shops are expecting a cash shortage during the holiday season as 1,200 G4S security officers join thousands of civil servants, postmen, and nurses on strike this winter. The RMT is also expected to announce further rail walkouts.

The industrial action might influence the availability of banknotes and coins at financial institutions such as Barclays, HSBC, and Santander, as well as retailers such as Tesco, Asda, and Aldi.

It will be the first strike ever at G4S, according to the GMB union, whose members chose to walk out at 3 a.m. on December 4 following a 97 percent vote in favor of action.

Who and when is going on strike?

The PCS union has stated that about 100,000 government employees have voted for a countrywide strike over salary, pensions, and employment. The dates are unknown.

Twelve British railway operators’ drivers will go on strike on November 26 in a continuing dispute over compensation.

Postal employees: Participate in a countrywide strike on November 24 and 25, as well as on November 30 and December 1, 2022.

G4S security personnel: Approximately 1,200 employees who issue bank notes to lenders and retailers will walk out at 3 a.m. on December 4.

The Fire Brigade Union will hold a vote on industrial action for its members from December 5 to January 23.

Two teaching unions are conducting membership elections for the next school year. The NASUWT election period runs from October 27 through January 9. The NEU election spans October 28 until January 13.

Unite is conducting a vote about the HGV drivers employed by Wincanton, a subcontractor of ASDA.

GMB Union is also conducting a staff vote through December 4.

The nation is facing a winter of discontent after 100,000 public employees voted last week to strike, the train network agreed to new dates, and nurses opted to take industrial action for the first time in over a century.

Additionally, nurses are likely to strike in the beginning of December, while rail employees strike on November 26 and bus drivers strike for 10 days leading up to Christmas.

Union barons have frequently threatened to ground the nation to a halt in what opponents allege is an attempt to compel the nation’s first “national strike” in over a century. Additionally, firefighters, teachers, and even Asda employees are planning a strike.

The security behemoth was acquired by the American company Allied Universal for £3.8 billion following a takeover fight last year.

Eamon O’Hearn, national officer of the GMB, stated, “There are low-paid employees moving the cash that so many of us still rely on daily.”

“All they want is a living income, so they can feed their families and buy Christmas gifts for their kids.”

“G4S Cash employees give an extremely indispensable service.” If they walk out, we may anticipate actual cash shortages throughout the holiday season.

Mark Serwotka, the head of the Public and Commercial Services union — which polled 150,000 federal personnel, including Border Force employees – stated that his organization will coordinate with other unions to produce “chaos.”

Yesterday, the RMT warned that further strike action was “very possible” and accused rail executives of failing to present a better offer.

Mick Lynch, general secretary of the RMT, addresses the crowd during a demonstration.

Christmas mayhem on the railroads was warned by union leaders as negotiations over wages and job security stalled.

Banks and supermarkets are suffering a cash shortage during the holiday season because 1,200 G4S security personnel have gone on strike. A photograph of a G4S van

On November 10, the Commercial Services Union (PCS) demonstrated in front of the Houses of Parliament in London. Around 100,000 federal employees voted in favor of a countrywide strike over salary, pensions, and employment.

The RMT strikes are believed to have caused a £600 million loss to the economy so far. On November 10, commuters are shown using buses or autos to get to work.

As a result of a tube strike on November 10, massive masses wait for buses in front of Monument stations as congestion increases around the city.

Last night, however, general secretary Mick Lynch reported that discussions with Network Rail had halted. Despite nearly six months of negotiations, he stated that the fourteen railway companies participating in the issue had likewise failed to submit a formal offer in writing.

The RMT was granted a new six-month strike mandate last week, indicating that walkouts might continue into next summer.

It is anticipated that it would target the Christmas and New Year’s holiday season to inflict maximum harm at one of the most profitable times of year for businesses and when families travel to visit loved ones.

Mr. Lynch stated yesterday night, “We have shown patience and good faith that has not been reciprocated.”

The RMT strikes are believed to have caused a £600 million loss to the economy so far. The TSSA train union said it will resume negotiations last night.

During the holiday season, passengers were already suffering major disruptions owing to line closures for £120 million in engineering maintenance. Network Rail will conduct 300 engineering projects, resulting in the cancellation of all services from London Liverpool Street.

In addition, there will be no Southern trains out of London Victoria.

After another strike in London, tube trains are stacked at the Neasden London Underground Train Depot on November 10.

This graph depicts the Royal College of Nursing’s demands for a 5 percent wage increase over inflation for its membership bands, which include healthcare assistants and nurses.

Estimates based on data from NHS Employers

Twelve train operators’ conductors will launch a new walkout in the ongoing conflict over compensation, posing a danger to the nation’s transportation infrastructure.

Despite a series of negotiations, Aslef members will walk out on November 26 after the union stated it was still awaiting a salary offer from the employers.

Mick Whelan, general secretary, expressed concern that travellers will be inconvenienced for another day. We do not desire to take this step. The withdrawal of labor is always the union’s final recourse.

“We have gone to the table in good faith, as we always will, but as long as the industry continues to make no offer – as a result of the shady contract they made with the Department of Transportation – we have no choice but to strike again.

They want drivers to suffer a salary decrease in actual terms. With inflation going into double digits, the train drivers who kept Britain moving throughout the epidemic are now expected to work harder for less pay than they did last year. Since 2019, the majority of these drivers have not received a compensation raise.

Our members will be able to keep up with the cost of living if the firms, which are earning enormous profits, make a decent salary offer.

In recent months, Aslef members have engaged in a number of strikes, while the RMT and TSSA unions remain immersed in labor issues.

From Christmas Day until January 2nd, Liverpool Street will be blocked as bridge restoration and train maintenance are performed.

The suspension will affect Greater Anglia, Stansted Express, and c2c service. During the same time period, Southern and Gatwick Express services to or from Victoria will also be halted. A large number of services will be rerouted to London Bridge.

Avanti West Coast trains between London Euston and Glasgow, with stops at Manchester and Birmingham, will operate on a shortened schedule between Christmas Eve and December 30.

A representative for the Rail Delivery Group, which represents operators, stated, “Any strikes will simply make consumers and struggling businesses’ lives more miserable.”

The PCS announced last week that the legal threshold for industrial action has been met in 126 distinct sectors, including personnel such as driving test examiners, border force officers, and Jobcentre employees. In a disagreement over salary, pensions, and jobs, over 100,000 federal employees have decided to strike.

The Public and Commercial Services union (PCS) said that the legal threshold for industrial action has been met in 126 distinct areas, including personnel such as driving test examiners, border force officers, and Jobcentre employees.

General secretary Mark Serwotka stated, ‘The government must examine the massive vote for strike action across large portions of the Civil Service and realize it can no longer treat its employees with disrespect.

“Our members have spoken, and if the government refuses to listen to them, we will be compelled to undertake a protracted campaign of industrial action affecting every aspect of public life.”

‘Civil servants have gladly and dutifully played a crucial part in keeping the country functioning during the pandemic, but it’s time to stop.

They have reached their breaking point due to the stress of working in the civil service under the weight of the cost-of-living crisis, job losses, and office closures.

We are requesting that the government respond favorably to the requests of our members. They must provide our people with a 10% wage increase, employment stability, pension equity, and protected redundancy terms.

On November 9, hundreds of nurses throughout the United Kingdom voted to strike for the first time, prompting worries that mortality rates could climb if the strike spreads.

In its 106-year existence, the Royal College of Nursing (RCN) has never before polled its more than 300,000 members.

As a result of a ‘bank holiday service’ causing delays and cancellations of routine treatment and operations, health professionals fear that lives will be lost.

However, RCN general secretary Pat Cullen stated, ‘We have no intention of putting any patients at danger during the strike. We will effectively and safely manage the situation.

Health Secretary Steve Barclay stated that the strike was “disappointing” and that the nurses’ demands were “out of step” with the country’s economic pressures.

No10 also stated that the vote was ‘deeply regrettable’ and that it would cost £9billion to meet the RCN’s pay request, which is’simply not deliverable in the current climate’

If nurses go on strike, NHS hospitals will do everything they can to “minimize harm to patients,” a national health leader said, adding that industrial action is about more than just pay.

Matthew Taylor, the chief executive officer of the NHS Confederation, which represents the majority of NHS organizations, stated that there are national and regional plans to minimize the impact on patients, but operations and appointments will be cancelled or postponed.

The PA news agency has requested comment from G4S.