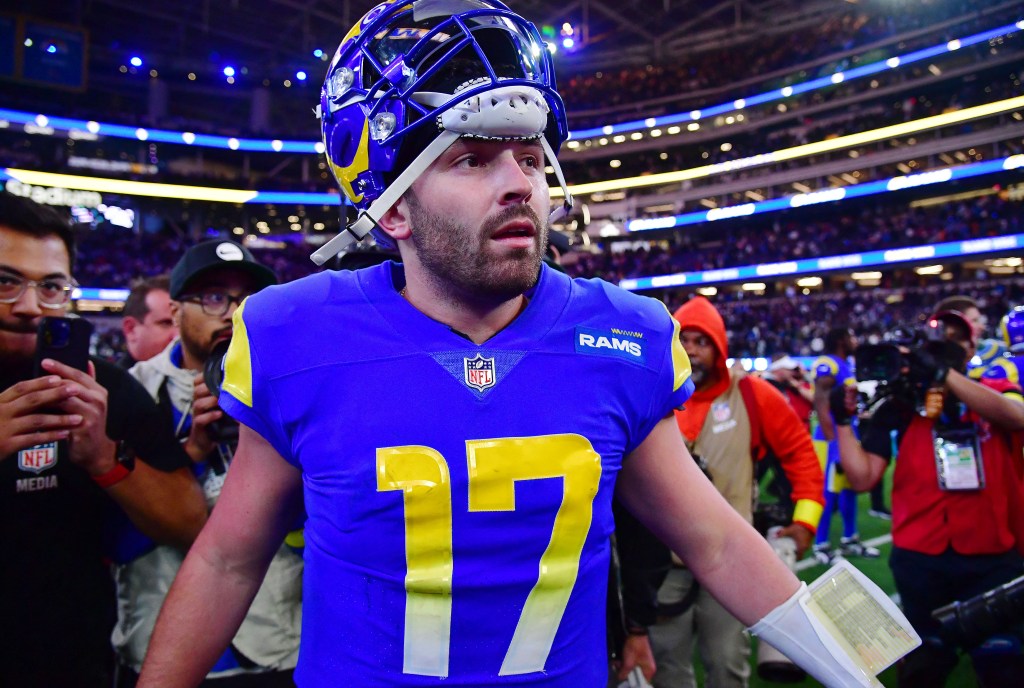 Baker Mayfield was so energized following the Los Angeles Rams’ 17-16 comeback victory over the Las Vegas Raiders on Thursday night that he gave a crazy head butt.

On the sidelines, Mayfield was captured on camera throwing a hard headbutt on teammate Robert Rochell, who was wearing a helmet.

Rochell, a 24-year-old cornerback, took a step back and placed his hand on his helmet after the head-butt, indicating that he was taken aback.

Mayfield made a tremendous comeback. The 27-year-old quarterback guided Los Angeles to two touchdowns in the final 10 seconds of the fourth quarter, including a 23-yard touchdown pass to Van Jefferson with 10 seconds remaining. Mayfield completed 22 of 35 passes for 230 yards and ultimately ended the Super Bowl winners’ six-game losing streak.

Mayfield stated, “I doubt you could write it any better than that.” “Obviously, we’d prefer to be a bit less stressed, but I’ll be honest with you: it’s a pretty damn nice story.”

The Panthers waived Mayfield, 27, on Monday, and the Rams claimed him on Tuesday.

The Rams are now 4-9 despite not having Matthew Stafford on the field since Week 11 due to a variety of injuries. The Raiders are currently 5-8. Sunday, Rams head coach Sean McVay stated that Stafford will likely miss the remainder of the season due to a spinal cord injury.

»Baker Mayfield headbutts a teammate during the Rams’ comeback victory«