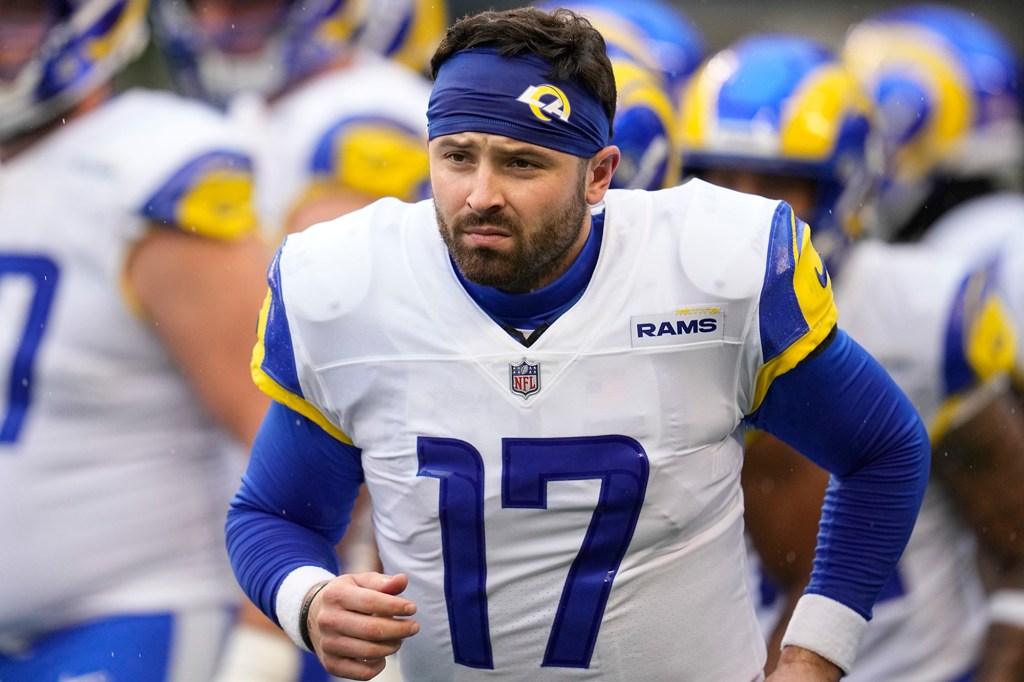 Baker Mayfield’s season has been a rollercoaster, but the former first-overall pick seems to relish the trip down the stretch.

Mayfield, who began the 2022 regular season as the starting quarterback for the Panthers, was taken off waivers by the Rams in December and appeared in five games for Los Angeles, including Sunday’s 19-16 overtime loss to the Seahawks. Mayfield is appreciative of his excellent experience with the Rams, however his future plans are unknown.

According to ESPN’s Sarah Barshop, Mayfield stated on Sunday, “After seeing a place that makes me enjoy playing football again, it will be difficult to try something new, but it will be a major decision.”

Mayfield, who will soon become a free agent, stated that he is in no hurry to make a decision on his future in football.

On January 8, 2023, Rams quarterback Baker Mayfield warms up prior to a game versus the Seahawks.
AP

The 27-year-old quarterback believes he is “good enough to be a starting quarterback” and stated, “It has to be the best opportunity.”

Mayfield stated, “I’m not going to chase a check to go start and play.”

Mayfield began his professional career in 2018 with the Browns and spent four years in Cleveland. However, Mayfield’s relationship with the franchise deteriorated after the Browns acquired former Texans quarterback Deshaun Watson as his successor.

On January 8, 2023, Rams quarterback Baker Mayfield looks to throw against the Seahawks.

Mayfield hoped for a fresh start after being dealt to Carolina in July 2022, but he struggled at quarterback and suffered an ankle injury in October. Mayfield then dropped lower down the Panthers’ depth chart, and the organization granted his release request in December. The Rams claimed Mayfield off waivers, and two days later he led the team to a comeback victory against the Raiders.

Mayfield completed 63.6% of his throws for 850 yards, four touchdowns, and two interceptions in five games with the Rams.

The Rams ended the season with a 5-12 record. Matthew Stafford, who led the Rams to the Super Bowl last year, was sidelined for the remainder of the season due to a spinal cord injury. Three years and $84 million remain on Stafford’s contract with Los Angeles.