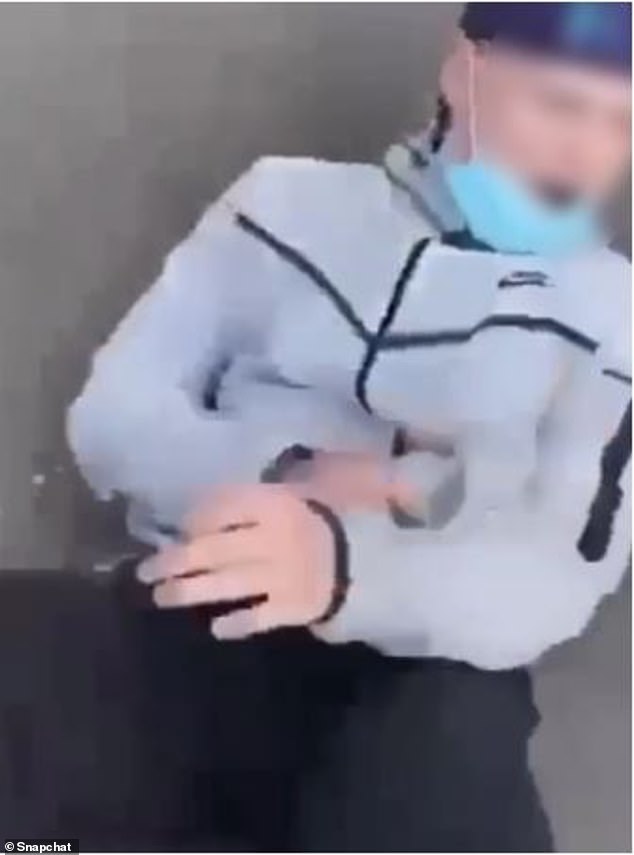 Online, disturbing footage of a teenager being pursued and stabbed in Melbourne’s west has been shared.

The 15-year-old was brought to the hospital after being badly stabbed during a fight in Bacchus Marsh.

In the disturbing footage, the individual filming can be seen sprinting after the teenager while yelling, “Why the f*** are you running?”

The child then collapses to the ground, clutching his stomach while crying “Oh f***” and pleading with his attacker to “stop.”

It is believed that the video was uploaded to Snapchat before being erased.

Snapchat has distributed disturbing video of a teenager being chased and stabbed in Bacchus Marsh, west of Melbourne.

Wednesday around 11:20 a.m., police were dispatched to Bennett Street in response to complaints of a fight between a group of boys.

It is believed that high school kids were involved in the incident, although the cause of the violent encounter is still under investigation.

Prior to being stabbed, investigators think the adolescent was involved in an incident with a group of males, police spokesperson Adam West told the Herald Sun.

The adolescent was transported by helicopter to the Royal Children’s Hospital with critical but non-life-threatening injuries and is currently in stable condition.

Police and SES teams are searching a nearby skate park and grasslands for evidence of the weapon used in the attack on the youngster.

According to police, the investigation into the attack is ongoing.

The 15-year-old was transported to the hospital with life-threatening injuries after being stabbed in a fight. In hospital, his condition is stable. Investigations continue