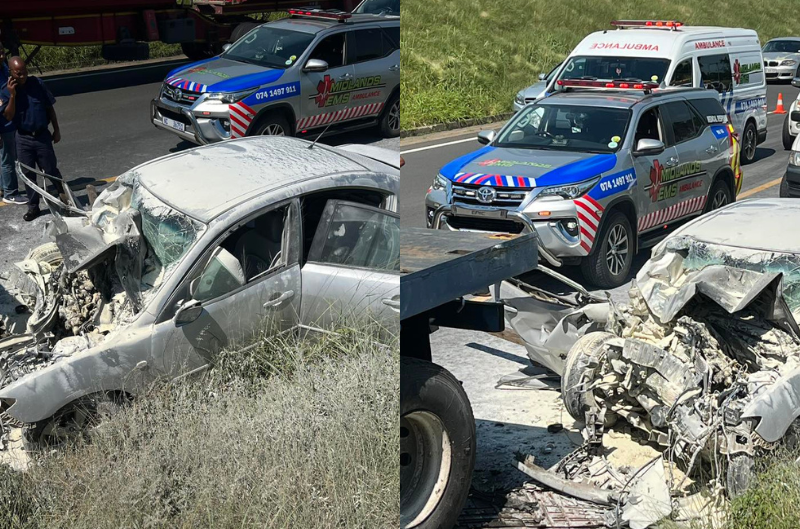 An eight-month-old baby is allegedly in critical condition, while her mother perished in an accident on the N3 in KwaZulu-Natal just before the Lions River exit.

According to Midlands Emergency Services, when workers got on the scene, they discovered a terrible collision between a single car and the back of a truck that was stopped in the emergency lane.

Sadly, the driver died before the crew arrived, but her eight-month-old baby, who was in her car seat, survived the accident.

“The eight-month-old baby was stabilised on scene by Midlands Ems Advanced Life Support Paramedics before being transported to hospital in a severe condition. All the necessary authorities were in attendance,” the emergency service said.