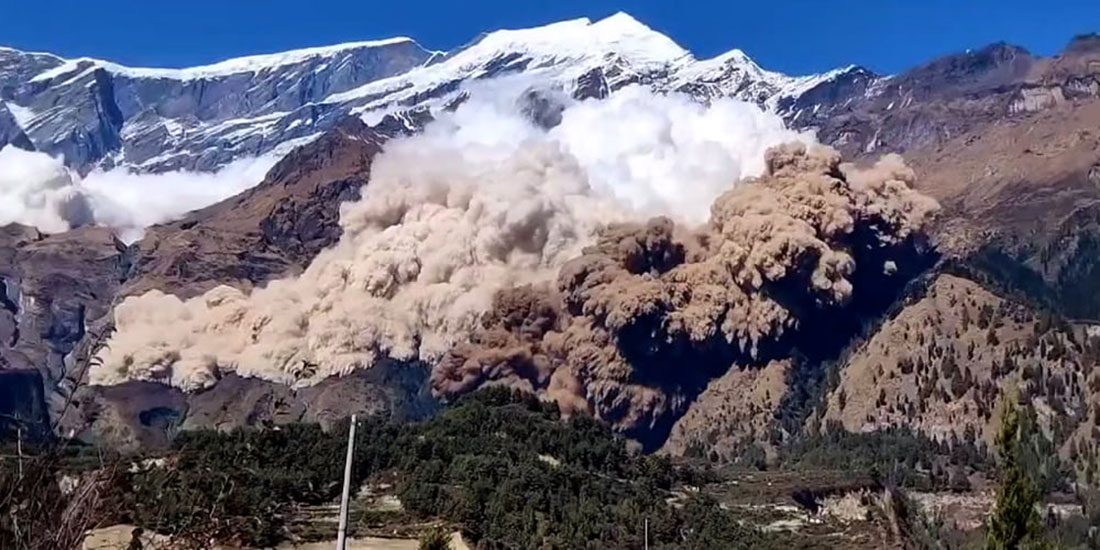 Officials say at least four mountaineers were killed in an avalanche in the Indian Himalayas on Tuesday, while dozens were trapped in a crevice.

According to media accounts, ten people were killed in the event, which occurred at roughly 16,000 feet in the northern state of Uttarakhand and involved a party of around 40 people.

“We have confirmed four deaths among the 33 persons detained. They are all stranded in a chasm, with about eight of them having already been rescued “State Disaster Response Force member Ridhim Aggarwal told AFP.

According to a statement from the Nehru Institute of Mountaineering, the group consisted of seven instructors and 34 trainees from a nearby mountaineering institute.

The avalanche struck around 8:45 a.m. on Mount Draupadi ka Danda-II, which stands at 5,670 meters.

The mountaineering institute’s registrar, Vishal Ranjan, confirmed the four deaths and stated that the rescue operation “has been halted for the time being due to heavy rainfall and snowfall in the region.”

“We despatched two air force choppers to the location, and the third is here on standby for the time being due to terrible weather,” Devendra Singh Patwal, a senior disaster management officer, told AFP.

“There has been no touch with the choppers for the time being due to weather and connectivity in the region,” Patwal explained.

“Deeply saddened by the loss of precious lives due to a landslide that devastated the Nehru Mountaineering Institute’s mountaineering excursion in Uttarkashi,” Defense Minister Rajnath Singh tweeted.

He also stated that rescue efforts were ongoing to assist the remaining mountaineers. He tweeted, “Praying for everyone’s safety and well-being.”

In the adjacent state of Himachal Pradesh, two months after a mountaineer died after falling into a crevasse while traversing a glacier, his body was found in August.

Last week, the body of famed American ski mountaineer Hilaree Nelson was discovered on the slopes of Nepal’s Manaslu peak after she went missing while skiing down the world’s eighth-highest mountain. Nelson died while skiing down Mount Manaslu with her lover, Jim Morrison. On Sunday, she was given a traditional funeral at a Sherpa cremation yard.

Anup Rai, a Nepalese climber, was killed in the avalanche that occurred between Camps 3 and 4 on the 26,781-foot mountain the day before Nelson’s death, and 12 other climbers were injured but survived.

Despite the fact that no significant research has been conducted on the effects of climate change on mountaineering dangers in the Himalayas, climbers have reported crevasses spreading, running water on previously snowy slopes, and the increased creation of glacier lakes.