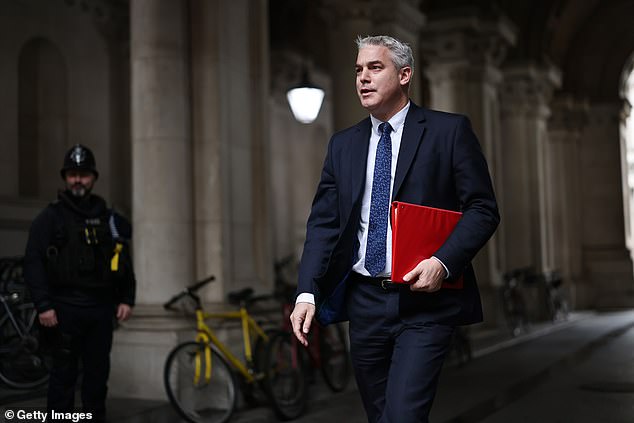 The National Health Service will be preserved when Jeremy Hunt reveals a new austerity plan today, but other departments will be subject to severe cuts.

In his Autumn Statement, the Chancellor will propose expenditure cuts that will save £30 billion annually.

However, Health Secretary Steve Barclay has indicated that the NHS, which has long been shielded from government efforts to reduce expenditures, will receive additional funding to compensate for rising inflation.

As a result of the pressure exerted by Conservative Members of Parliament, there are indications that the school budget will also be spared the harshest of the cuts. Without additional money, the IFS estimates that per-pupil expenditures will cease increasing this year and fall by 3 percent below 2010 levels by 2024.

However, other departments are contemplating significant budget cuts, with a watchful eye on the Defense Secretary, Ben Wallace, who publicly advocated for increased funding for the military. It seems likely that the most severe cuts will be delayed until after the general election.

Health Secretary Steve Barclay has hinted that the NHS, which has traditionally been shielded from government efforts to reduce spending, may receive additional funding to compensate for surging inflation.

The Institute for Fiscal Studies (IFS) has cautioned that funding for some departments is already below 2010 levels, even before Mr. Hunt makes his cuts.

According to figures from HM Treasury, the NHS got £100.4 billion in 2010/11, and its basic budget has continually increased until 2019. The NHS received £129.7 billion in core funding for its regular services in 2020, along with an additional £18 billion to assist with pandemic-related concerns. Treasury estimates that the health service will get £136,1 billion in core financing and £3 billion for the Covid recovery in 2021/22. The health service will get £151.8 billion in 2022/23.

Leaders of the NHS have warned that the institution faces a £7 billion shortfall in the coming year, which has been fueled by rising inflation. Without this funding, crucial cancer, primary care, and mental health services will be reduced, according to health officials.

Despite NHS England’s funding climbing to £152 billion this year, £30 billion more than pre-pandemic levels, this is the case. In addition, fewer patients are being treated than before Covid.

This winter, the health care faces a “tripledemic” of Covid, influenza, and the A&E crisis, in addition to hundreds of thousands of workers striking for better pay and working conditions.

Conservative lawmakers have warned Mr. Hunt that lowering education spending at a time when schools are still attempting to “repair the damage” created by the pandemic would be “indefensible.”

In a letter sent to the Chancellor over the weekend, 28 Conservative MPs, including former education minister Kit Malthouse and former culture secretary Nadine Dorries, argued that it would not be morally acceptable.

According to the Times, the letter stated, “We recognize the importance of healthy money and economic prudence.” However, we feel that these changes should be done in accordance with a set of priorities, as opposed to across the board.

It would not be morally acceptable to eliminate education while so many students, teachers, and staff are still trying so hard to undo the harm created by Covid-19.

»Autumn Statement: Where will the austerity axe fall under Jeremy Hunt’s fiscal restraint?«