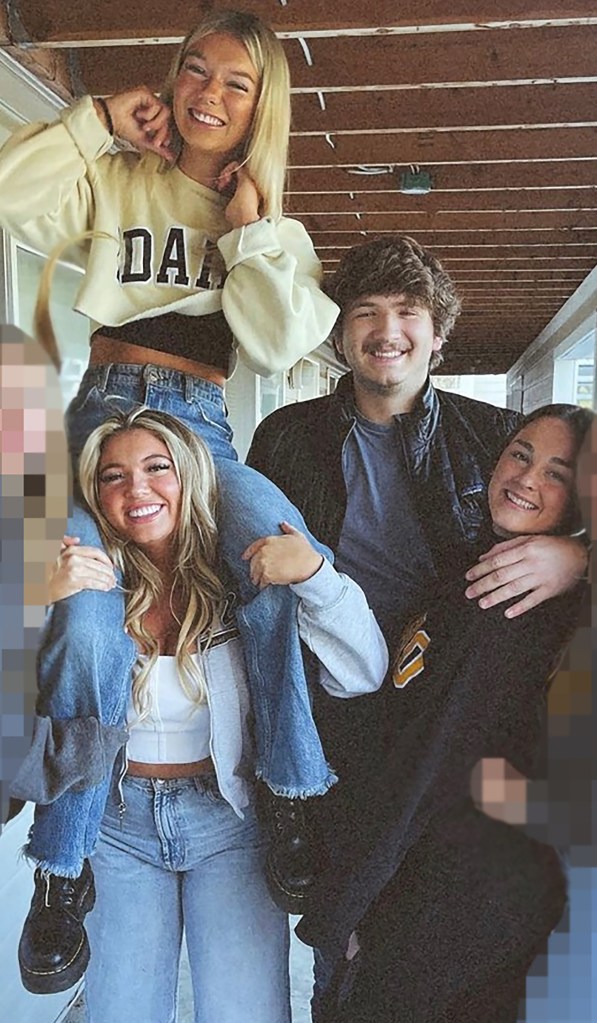 The examinations done on the four murdered University of Idaho students revealed that the crimes were “personal,” as the father of one of the victims stated that his daughter attempted to repel the assailant.

Thursday, Latah County Coroner Cathy Mabbutt verified that the cause of death was a stab wound.

She told the Moscow-Pullman Daily News that the murder weapon, which has not been located, must have been a huge knife.

According to Idaho News, citing a CBS story, the coroner classified the attacks from early Sunday morning as “personal.”

It is probable that some of the wounds sustained during the murderous spree were defensive, according to Mabbutt, who added that it is uncertain who struck first.

Ethan Chapin, 20, Madison Mogen, 21, Xana Kernodle, 20, and Kaylee Goncalves, 21, were killed at the University of Idaho.

She told KXLY that each victim had been stabbed several times and that there were no indications of sexual assault at the King Road residence off-campus where the students were murdered.

Mabbutt stated that there was a “considerable quantity of blood” at the site, adding that in her 16 years of experience, she had never dealt with such a tragic case involving the deaths of four college students in one location.

“I don’t believe I’ve seen another stabbing fatality,” she continued.

Coroner Cathy Mabbutt of Latah County stated that there was a “considerable amount of blood” at the site.
James Keivom Police officers inspect the crime site in Moscow, Idaho.
James Keivom

The killings of Ethan Chapin, 20, Madison Mogen, 21, Xana Kernodle, 20, and Kaylee Goncalves, 21, have devastated the school community, and authorities have described the crime scene as “the worst they’ve ever seen.”

According to Kernodle’s father, the autopsy results indicate that she battled her murderer till the end.

“Bleeding caused by a knife. She is a strong child. “She could do anything she desired,” Jeffrey Kernodle told Arizona’s Family.

Sunday around midnight, Jeffrey claimed he last heard from Xana, who was from Avondale, Arizona, and that “she was well.”

“They were simply lounging at home. “Xana was simply hanging out with her boyfriend at home,” he said, referring to Chapin.

“She and Ethan were together for almost one year. When I got up there, I had seen her only a week earlier, and she had changed significantly. She led a full life. “She got to experience what it’s like to live with a partner,” the bereaved father remarked.

Before their deaths, Xana Kernodle and Ethan Chapin were thought to have been in a relationship.
AP

In the meanwhile, hundreds of individuals staged a vigil at Boise State University on Thursday evening to honor the deceased students.

According to the Idaho Statesman, BSU President Marlene Tromp addressed the audience, “Today, I am wearing the black and gold of the University of Idaho.”

“Today, we have resolved our long-standing rivalry. Today, we gather together to produce light in a time of suffering and gloom. We are all Vandals. Ethan. Xana. Madison. Kaylee. We shall not forget,” she stated.

A member of the audience gave a statement on behalf of a student who was purportedly a friend of the three female victims.

Carly, a friend, wrote, “I recall playing on the trampoline and watching “MTV Cribs” at Kaylee’s place, and then watching reality television and applying cosmetics at Maddie’s.” The connections I made with these individuals impacted who I am now throughout pivotal years of my life, and I will always cherish them.

According to the Statesman, he stated, “Xana treated me as if I had been a member of the group for years.”

“I don’t believe anyone is as outgoing, entertaining, or loving as she is. “Whenever we were together, she would ensure that everyone else was having more fun than she was,” he continued.

»Autopsies revealed that the deadly assaults on Idaho students were ‘personal.’«