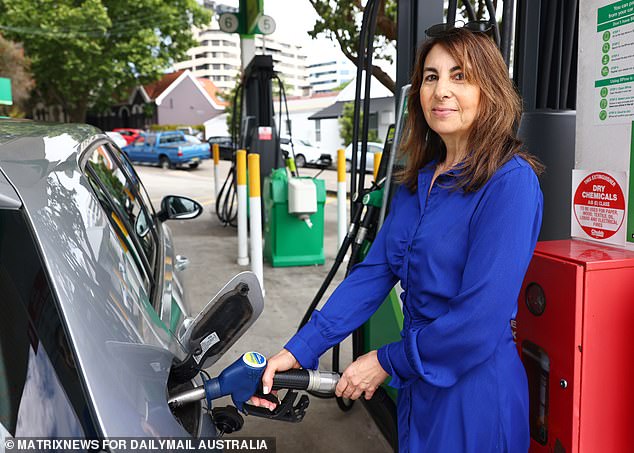 With energy rates increasing, the crisis in Ukraine pushing up the price of gasoline, and inflation spiking to 7.3% in the year to September, Australians are experiencing some of their biggest bill shocks in history.

Another price shock is imminent as Westpac anticipates another another rate increase of 0.5% on Tuesday, bringing inflation to its highest rate since 1990.

Federal Treasurer Jim Chalmers engaged in a charm offensive on Sunday morning’s episode of ABC’s Insiders while discussing the growing cost of living.

One concern, however, remained unanswered by Mr. Chalmers: Specifically when would Australians’ exorbitant power, gasoline, and food bill burdens subside?

If Westpac’s prediction of a 0.5% increase on Melbourne Cup Day comes true, the interest rate would reach a 10-year high of 3.1%.

A borrower with a typical $600,000 loan would see an additional $181 in monthly repayments.

On Sunday, Mr. Chalmers avoided the subject by claiming that the government was “constantly recalibrating our estimates for power price increases.”

He stated, “We had to decide whether to be open about what’s occurring in these energy markets or not, and we decided to be open.”

“We believe it’s essential we do so so we analyze, shed light on the vital work that now has to happen, and part of that work is investing in new sources of cleaner, more affordable renewable energy,” the statement reads.

According to Mr. Chamlers, the administration was “making progress every day,” according to Insiders presenter David Speers.

We have been putting a lot of effort into this problem, not only since the budget but even before it, he added.

But Speers persisted in asking him when there will be a fix for rising costs.

In response, Mr. Chalmers said, “I’m not going to give you a date today, David, but I can convey to your viewers that it’s definitely a major priority for us.”

It is becoming a larger and larger portion of the inflation problem that we face more widely, and the government will make every effort to resolve this issue as quickly as possible.

The question of when energy costs particularly would start to decline was then posed to Mr. Chalmers.

“This is what we anticipate; the figure (of a 20% increase in energy costs) is already flowing.” In reality, it’s partially a result of the increases that (previous energy minister) Angus Taylor concealed throughout the election campaign,’ he added.

So, we also need that viewpoint. We anticipate a 20% increase at first, followed by a 30% increase.

When will prices drop? Speers stopped Mr. Chalmers by saying, “We heard about this over the week.”

The Australians’ anxieties over how much they may be able to save before Christmas were not going to be comforted by Mr. Chalmers’ answer.

“We have supplied the 20% and 30% forecasts for the immediate future” (rise). That applies to both this year and next,’ he added.

‘Obviously, depending on what regulatory interventions we can reasonably make in the short future, that will have an influence as we invest more in less expensive and cleaner kinds of energy.

But the most significant thing, in my opinion, is that we do anticipate price increases this year and the next year for families, Australians, and Australian business.

The Insiders host then informed Mr. Chalmers that he was unsure of the timing of price reductions.

We know that they will eventually level out, and Mr. Chalmers said, “Well, we know that we give ourselves the greatest opportunity to achieve so by investing in new, more affordable, and cleaner energy sources, which is the government’s aim.

»Australians are experiencing some of their biggest bill shocks in history«