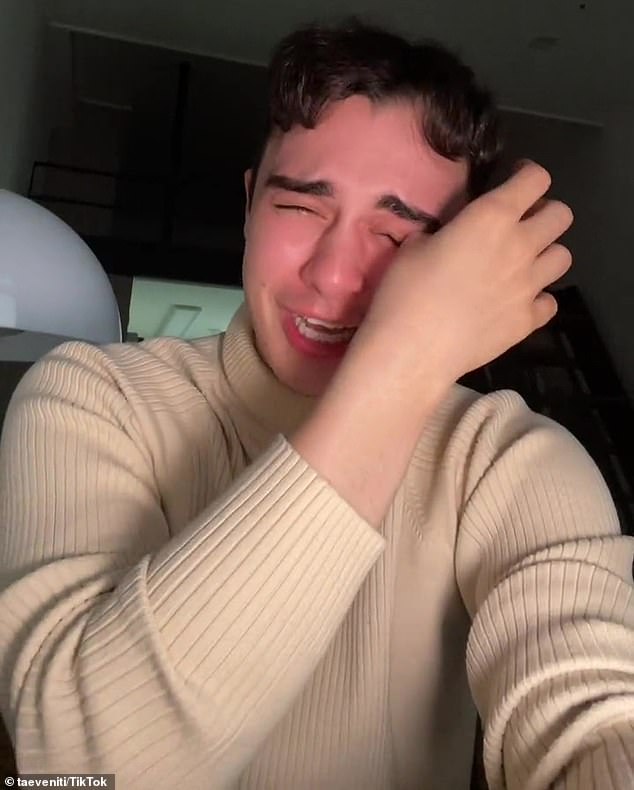 An Australian tourist has recalled seeing his Sydney-based travel companion crushed to death during the Halloween stampede that claimed at least 153 lives on the streets of Seoul.

Nathan Taverniti stated that he is now the guardian of the deceased woman’s body, who was 23 days shy of her 24th birthday.

Two other Australian friends in their group of four who went out to celebrate Halloween in the Itaewon district’s central area were also caught up in the accident, with one still in intensive care.

On Saturday night, a sea of primarily young people became entangled in a crowd crush thought to have been caused by revelers coming to see a nearby local celebrity.

Mr. Taverniti stated that he attempted to rescue his companion from the suffocating turmoil but was unable.

In a TikTok post, he stated, “I was there when she said she couldn’t breathe, and I grabbed one of my friends’ hands.”

There was no stampede; rather, there was a steady, agonizing crush.

Previously, he told a South Korean publication, “All I saw was a wall of people… It was not feasible to save her.

Later, he saw her brought away on a stretcher, but he was unable to locate her.

Mr. Taverniti stated that he had just returned to his lodging after locating the remains of his friend with the assistance of ‘kind-hearted reporters’ from the American ABC network.

A spokeswoman for the Department of Foreign Affairs and Trade confirmed that an Australian perished in the disaster, which also claimed the lives of 18 other foreigners.

He stated, “The Australian Government extends its condolences to the family and all those affected by this unfortunate event.”

We request that the family’s privacy be honored during this difficult time.

Officials from the consulate were in contact with the family of the deceased woman in Australia and were assisting “a number of other Australians who were present at the event.”

Mr. Taverniti attributed the incident on a lack of planning and police readiness.

He stated, “I watched as people recorded, sang, and laughed while my buddies and many others perished.”

I was attempting to pull individuals out of the crowd because there were insufficient police officers and nobody was doing anything to stop it.

Nobody was listening as we yelled, “You have to turn around, you have to go back, people are dying!”

I waited thirty minutes for cops to arrive at my location. It took more than an hour for additional police and considerably longer for emergency services to arrive.

He validated other claims that volunteers administered CPR.

Mr. Taverniti stated, “There were individuals on the ground receiving CPR not from medical personnel but from random people, whoever could.”

‘I am sad. I am horrified by this scenario, which might have been averted so easily if only someone had listened.

Julia Cho of Sydney, one of Mr. Taverniti’s four pals, has also shared her experience on TikTok.

Ms. Cho reported that her sister was in intensive care, whilst her other acquaintance had passed away.

She also provided a scathing evaluation of the police and other agencies.

She stated, “Local officials were not on alert and left innocent people helpless, despite knowing there were an overwhelming number of homeless persons on the streets.”

This occurred pretty early in the evening. People were suffocating, collapsing, and being crushed.’

The sole responsibility is with the leaders and authorities, who have failed their people.

Olivia Jacovic, a 27-year-old West Australian residing in Seoul, told Channel Nine that she and her friends narrowly evaded the fatal crush after it took them 40 minutes to exit the subway station at the scene.

She recalled, “I had bruises on my arms from attempting to maneuver out, but we made it to the sidelines and were standing on a brick wall from which we could see above.”

It was so crowded that individuals couldn’t breathe, and those who were shorter were forced to gaze upwards for air.

Emergency personnel in Seoul were overwhelmed by the tragic crush of a 100,000-person crowd attending the 2022 Halloween Festival.

The festival was held for the first time in its entirety since Covid, with the crush occurring shortly before 10pm local time (8pm EADT).

Officials verified that dozens of victims suffered cardiac arrest, and it is anticipated that the death toll will continue to grow. A handful of hospitalized patients remain in critical condition.

Photos from the scene depicted at least 25 victims covered by yellow blankets laying on the ground in the streets of Seoul. A separate row of bodies wrapped in blue blankets was also captured on camera.

President Yoon Suk-yeol of South Korea stated on Sunday morning that the tragic stampede’should not have occurred’, as the magnitude of the catastrophe was still being assessed.

“In the heart of Seoul, a tragedy and disaster that should not have occurred occurred,” Yoon said in a national speech, pledging to “thoroughly investigate” the situation and guarantee it never occurs again.

According to local emergency personnel, the majority of the victims were youths or young adults in their teens or early twenties.

Due to the overwhelming number of deaths, a makeshift morgue was put up in a nearby building.

Officials stated that it was thought that victims were crushed to death after a large throng began pushing forward in a tiny alley outside Hamilton Hotel, a popular Seoul party venue, after hearing rumors that a celebrity was close.

On the streets of Itaewon, dozens of patients received CPR, while many others were sent to nearby hospitals.

One witness described the severity of the crush, stating, “People were piled on top of one another like a tomb.” Some were progressively losing consciousness, while others appeared to be dead at that time.

Images and videos on social media depict horrifying images of fear in the aftermath of the crush and people’s desperate attempts to leave the tragic building.

A particularly harrowing footage depicted dozens of individuals battling to breathe and stay on their feet in the crowd as rescuers worked to remove those most in need of medical care.

More than 1,700 South Korean emergency personnel were dispatched to one of the bloodiest crowd crushes in recent history.

Additional footage overlooking the street showed hundreds of rescue personnel doing CPR to victims who were sprawled on the roadway.

Hundreds of police officers had been sent to the area in anticipation of the big crowds on Saturday evening, but they allegedly struggled to maintain order in the minutes before the disaster occurred.