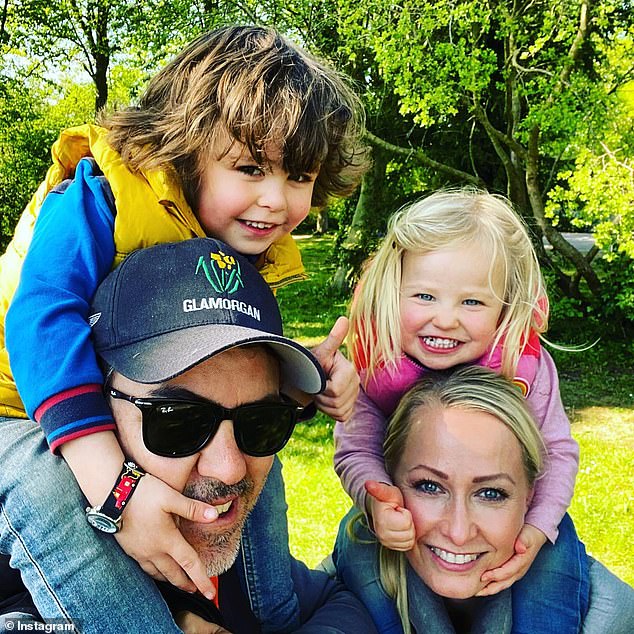 Former Australian international cricketer Ryan Campbell, who was placed into an induced coma after a heart attack, is expected to make a full recovery.

Campbell, 50, has been discontinued from heavy sedation and is talking and responding well, a statement on behalf of his family released on Sunday said.

A passer-by performed CPR before he was rushed to hospital.

‘The family is thrilled to announce that this afternoon the incredible staff at the Royal Stoke University Hospital successfully discontinued Ryan’s sedation,’ the statement issued via Australian Cricketers’ Association said.

‘He has reacted very well and is now in a stable condition. Whilst still very weak he is talking and responsive.

‘Doctors hope that with continued progress he should make a full recovery.’

The family including his wife Leontina said they were moved by the flood of love and support they had received in recent days.

‘We would once again like to thank everyone for your love and good wishes. It is impossible to say how grateful we all are to you all.

‘We will update further when we have more news.’

Campbell had been placed in an induced coma when he was admitted to hospital and had been deemed critically ill when he was brought out of it.

The WA native recently taken up a head coaching job in the Netherlands and had only just returned to Europe after a trip to Perth to see his elderly parents.

‘He was here in Perth just last week and fit as a fiddle,’ his friend, 6PR Radio presenter Gareth Parker, said on Tuesday.

‘This news is a real shock to his family and friends back home in Australia, who learned about it on Easter Sunday.’

Campbell was a former teammate of late cricket legend Shane Warne, having played a one day international against New Zealand alongside him in 2002.

Warne, just two years older at 52, suffered a fatal heart attack on the Thai island of Koh Samui in March.

Campbell, who was an understudy of former Australian wicket-keeper Adam Gilchrist, said playing with Warne had been a highlight of his career.

‘Shane Warne is clearly the greatest I’ve ever played with or against,’ he told Firstsportz in 2020.