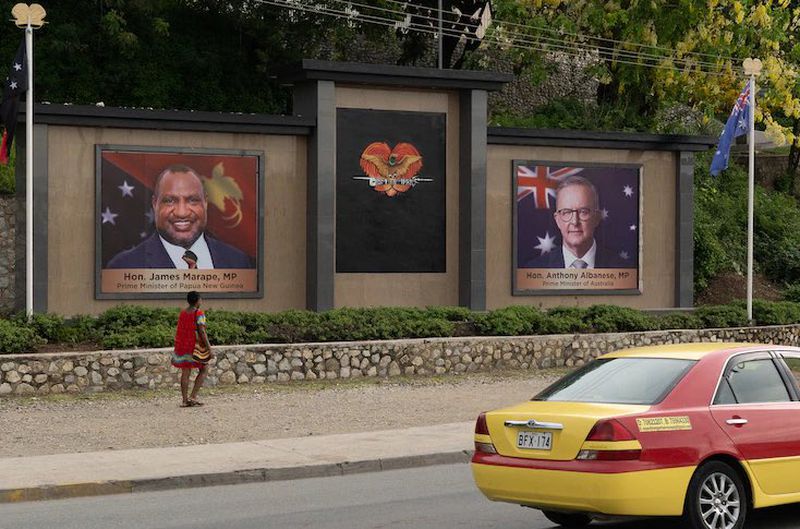 In the first-ever address by a foreign head of government to the Papua New Guinea parliament, Albanese emphasized the necessity for a Pacific “family first” approach – implicitly at the expense of Beijing.

The Australian leader sought a “rapid conclusion” to discussions on a security pact addressing “law and order issues” in the resource-rich Pacific island.

It would be “a treaty based on deep trust and a treaty that builds on the family-first approach to regional security,” the prime leader said as he embarked for a two-day tour after a Covid-19 infection postponed his original December plans.

Since its victory in May 2022, Albanese’s center-left government has moved swiftly to strengthen connections with Pacific states, deeply alarmed by China’s growing diplomatic, economic, and military clout.

In April of last year, it came to light that China had inked a secret security contract with the Solomon Islands, with a leaked copy indicating that it may pave the way for Chinese naval visits.

Additionally, marriages and family structures in war-ravaged Ukraine are under stress

The following month, however, leaders rejected a Chinese proposal for a broader regional treaty to significantly increase Beijing’s role in Pacific security out of concern that it would draw them into China’s orbit.

Australia has longstanding connections with the armed forces and police of Papua New Guinea in the area of defense.

This year, it will transfer four patrol vessels to the country.

Mexico hosts Biden and Trudeau for a ‘Three Amigos’ summit.

Papua New Guinea, which achieved independence from Australia in 1975, is the largest recipient of Australian aid, with an estimated Aus$480 million (US$330 million) budgeted for this year.