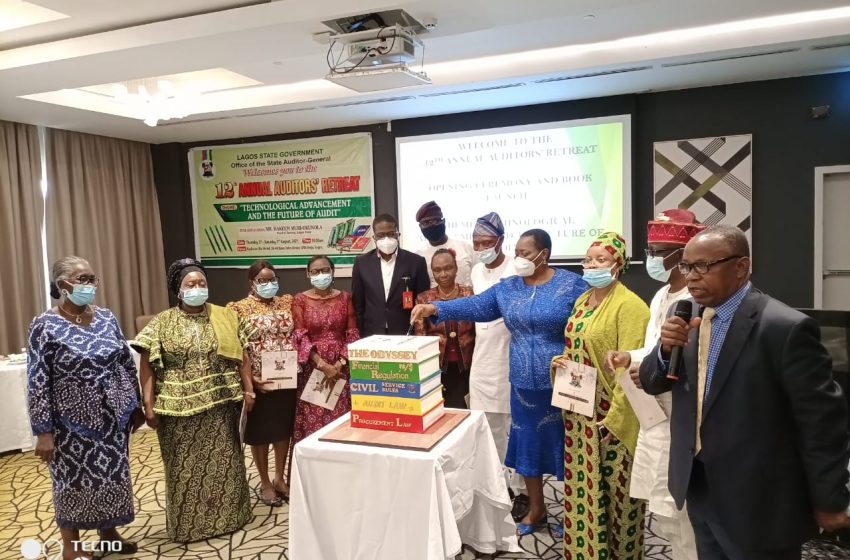 The Lagos State Auditor-General, Mrs. Helen Deile, has said that auditors are not vindictive police but strategic partners saddled with the responsibilities of adding value, through ensuring the effective management of assets and funds in public and private organisations.

Mrs. Deile disclosed at the unveiling of her book titled “Odyssey of the Office of the State Auditor General, Lagos State” in Raddison Blu Hotel, GRA, Ikeja.

The Auditor-General explained that the book was written to outline the roles, impact and achievements of the audit sector within 50 years of its existence in the State, just as it highlights the tasks of auditors towards achieving transparent and accountable governance.

Noting that auditors do not only detect fraud, Mrs. Deile pointed out that they also examine accounts in order to determine whether a true and fair view of the state of affairs of the economy is presented during the period under review.

She emphasised that the book has vital information that will guide auditors on professionalism while discharging their duties in various MDAs across the public sector.

Highlighting contents of the publication, Mrs. Deile said, “These details include the creation of the office of the State Auditor-General, transformation process and functions of the Office, Audit Law and Establishment of the Audit Service Commission, Innovations and Achievements, coupled with professional ethics and values of the profession”.

A former Auditor-General in Lagos State and pioneer Chairman of the Lagos State Audit Service Commission, Mrs. Modupe Akinwolemiwa, speaking on the book initiative, maintained that no other book has been written detailing the audit process of public institutions in Nigeria to date.

Mrs. Akinwolemiwa commended the efforts of the author, describing her as a rugged trailblazer, who will be remembered for the insightful, remarkable and significant contributions to the audit institution.

She noted that the State Auditor-General ensured that auditors were adequately equipped and trained for better service across the State, stressing that her contributions have prepared officers to surmount challenges that might arise in future.