Skip to content
Home » News » News » Attorney General: Schools should not cater to trans students by using pronouns that they choose. 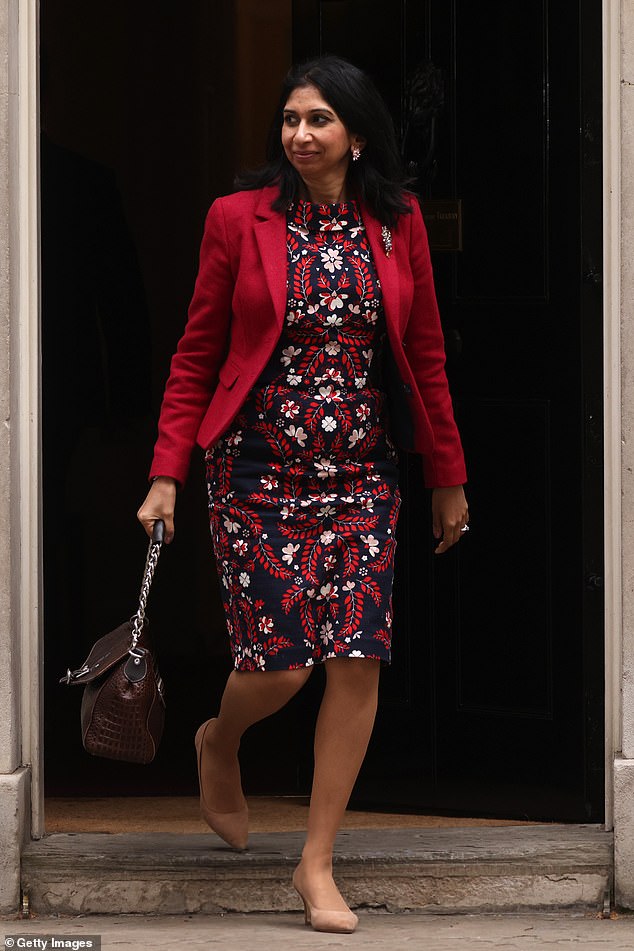 Attorney General Suella Braverman has complimented JK Rowling’s views on the transgender problem, saying that schools should not be forced to cater to students who identify with a gender other than their biological gender.

The Tory minister described J.K. Rowling as a “heroine” for advocating for female-only classrooms for those born females, adding that schools should be permitted to treat all students according to their natal gender.

She believes that schools should not address trans students by their preferred pronouns or allow them to wear a different gender’s uniform.

And she added that since those aged under 18 cannot legally change their gender, schools are entitled to treat all children by their birth gender.

The Attorney General also told The Times that Rowling, who has come under fierce criticism for her views on gender, is ‘very brave, very courageous’ and she is on ‘her side’ on the trans issue.

‘They don’t have to say, “We’re going to let you change your pronoun or let you wear a skirt or call yourself a girl’s name”. Equally if they say they’re non-binary they still remain legally, and physically, the sex they were born to.’

Ms Braverman, a mother-of-two, added that some schools seemed to be encouraging gender dysphoria – when a person’s emotional and psychological identity is different to their physical form – by taking an ‘unquestioning’ approach.

The 42-year-old also praised JK Rowling in her interview with The Times, calling her ‘very courageous’.

Her support for the Harry Potter author comes in the wake of the news that an 18-year-old girl was forced out of her private school by a mob who attacked her for questioning  the ‘trans ideology’ of a visiting speaker.

The sixth form pupil in question thanked JK Rowling for her support after other pupils ‘made me think I was mad’.

The Most Rev Justin Welby also lent Rowling his support in the Times and said it was ‘wrong’ to hound the Harry Potter author.

He added: ‘It’s fine to disagree vehemently but not abusively . . . The culture wars approach is where we end up in the greatest trouble.’

Mr Welby said a female is ‘someone who is sexually a woman, who is born and identifies as a woman or who has transitioned’.

The Attorney General also said during her interview that girls’ toilets and changing rooms have special legal protections as safe spaces – so pupils born male should not be able to use them.

Meanwhile, ministers are to demand that all new legislation specifically references ‘women’ and ‘mothers’ in a bid to reverse the march of ‘militant wokery’ around gender neutral language.

Earlier this week, the Civil Service was accused of having ‘a political agenda to erase women and the concept of biological sex’ with its use of non-specific terms.

The Government is said to be concerned at language that ‘erases’ women from laws.